Brazil’s state-owned oil producer, Petrobras, on Dec. 31, 2009, said it had inaugurated the world’s first power plant to run exclusively on ethanol. The country that is the second-biggest producer of ethanol in the world after the U.S. installed an 87-MW plant in Benfica Industrial District, in Juiz de Fora (in the southeastern Brazilian state of Minas Gerais) (Figure 2). The plant is connected to the National Interconnected System and has supply contracts through 2020. 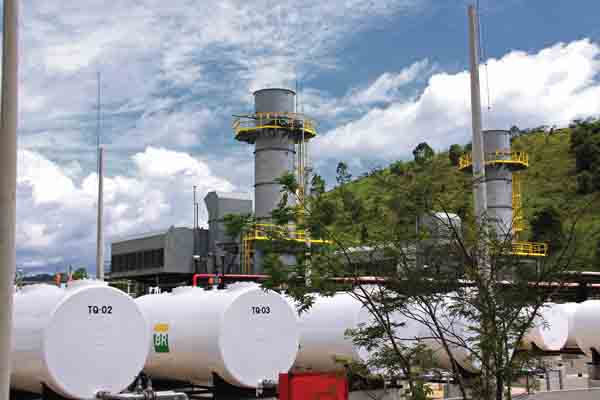 2. Electricity exclusively from ethanol. Brazil, the world’s second-largest producer of ethanol after the U.S., in December began operation of a power plant that runs exclusively on the biofuel. Courtesy: Petrobras

One of the plant’s two General Electric – manufactured LM6000 aeroderived turbines, which has an installed capacity of 43.5 MW, was adapted to run on ethanol (Figure 3). The conversion of the turbine involved replacement of the combustion chamber and one of the injector nozzles, and the installation of peripheral equipment (receipt system, tanks, pumps, and filters), which allows the receipt, storage, and flow of ethanol to the turbine. 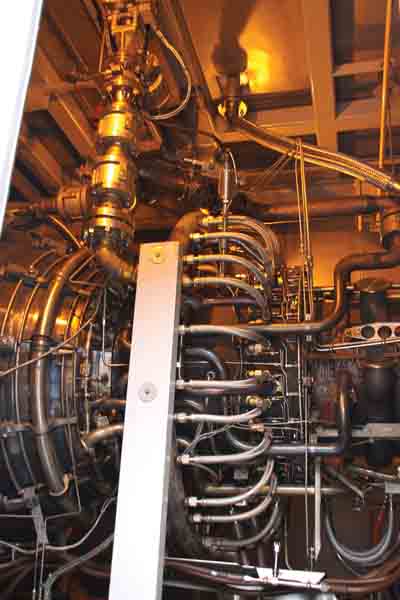 3. Refurbished for renewable fuel. The Juiz de Fora Power Plant is a simple-cycle, natural gas plant with a total capacity of 87 MW, located in the south of Minas Gerais state, approximately 180 kilometers north of Rio de Janeiro. The plant has two GE LM6000 gas turbines, one of whose combustors has been modified by GE to enable the use of ethanol, making it dual-fuel (ethanol and natural gas). Courtesy: Petrobras

GE developed the new combustion chamber especially for the use of ethanol and natural gas, Petrobras said. The equipment was installed in the turbine in Brazil, at Petrobras’ Turbo Machine Workshop in Macaé. Through an agreement with Petrobras, GE is following up on the tests and will be entitled to use the data that are obtained to improve and market the technology to other plants around the world.

The project will run five months to validate the use of ethanol as an alternative fuel for power generation. According to Petrobras, results in the first few days of testing have already been "very satisfactory." In 150 hours of power generation with ethanol, from Dec. 31 to Jan. 13, there was a 30% reduction in nitrogen oxide (NOx) emissions when compared to those caused by burning natural gas, the company said.

Power generation from ethanol is expected to open new opportunities for the fuel’s use in the South American country. Brazil is expected to produce a record 27.8 billion liters of ethanol in the 2009/2010 season, mostly from sugar cane. The nation began its biofuels program 30 years ago, and it now mandates a minimum 20% of ethanol in gasoline. Domestic demand for ethanol is being driven by the popularity of the flex-fuel car technology launched in 2003, and which now makes up more than 90% of new car sales.

"In addition to the energetic security derived from diversifying the sources of generation, there is also the creation of a new market segment for ethanol in Brazil and abroad, the reduction of the atmospheric emissions levels, and the possibility of negotiating carbon credits on the international market by means of the Clean Development Mechanism," Petrobras said in a statement.

The company is reportedly already in talks with Japan to develop biofueled power generation there. Petrobras and the Brazilian navy, meanwhile, have also signed an agreement for a project in Antarctica to test biofuels’ reaction to low temperatures