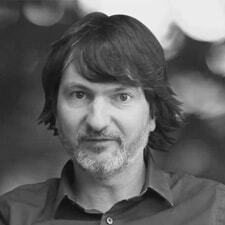 Increased temperatures, precipitation, sea level, as well as the frequency and severity of extreme events, will inevitably have an impact on the amount of energy generated, transported, and consumed in the U.S. Climate change is increasing dangers to human health and safety, quality of life, and the rate of economic growth, introducing new risks and exacerbating existing vulnerabilities in communities across the country.

Many elements of our lives are influenced by our ability to generate and use energy. For example, we rely on electricity for lighting and air conditioning purposes. For transportation, heating, and culinary purposes, we rely on fossil fuels. Our energy production and consumption are intertwined with a variety of other facets of modern life, including water use, the consumption of products and services, transportation, economic growth, land use, and population expansion, among others. In addition, our production and consumption of energy (the majority of which is derived from fossil fuels) contributes to climate change, accounting for more than 84% of total greenhouse gas emissions in the U.S.

Despite the fact that power plants are designed to operate under a wide range of climatic conditions, they will be adversely affected as a result of rising temperatures in the future. Decreased amounts of water available for cooling, along with rising water temperatures, may result in reduced power operations, reduced capacity operations, or even temporary shutdowns in various places, among other things. Extreme weather events pose a significant threat to all power plants, particularly nuclear power plants, where they have the potential to disrupt the operation of critical equipment and processes that are essential to the safe operation of nuclear power plants, potentially leading to dangerous hazards that may affect workers’ health and safety as well as that of the communities living close by.

Following Hurricane Katrina, researchers discovered that New Orleans and surrounding parishes had been saturated for weeks in carcinogenic volatile organic compounds and heavy metals such as mercury, zinc, arsenic, and lead, among other contaminants. Katrina, a Category 3 storm when it made landfall in Louisiana, was not the most powerful hurricane that could have devastated the region. A significant component of the U.S.’s energy infrastructure is located in coastal locations, making it particularly vulnerable to sea level rise and storm surges. Flooding and severe storms have the potential to cause damage to power lines and electricity distribution systems. These occurrences may potentially cause a pause in repair and maintenance operations. In addition to affecting electricity systems, power outages can have major consequences for other energy systems. For example, power outages rather than physical damage to pipeline infrastructure are frequently responsible for oil and gas pipeline disruptions during extreme weather events.

Shutdowns and power outages have a lot of negative effects on one’s health. When disruptions occur during periods of excessive outdoor temperature, the likelihood of temperature-related illnesses such as hypothermia and heat stress increases. Short- and long-term service outages in power and hot water services have a negative impact on chronic health disorders such as diabetes. Furthermore, patients with chronic illnesses, particularly those suffering from cardiovascular, pulmonary, and renal ailments, are frequently compelled to seek outside medical treatment during disruptions, which increases the likelihood of hospitalizations. Mortality rates from all causes are much higher during power outages, particularly when outages are caused by severe weather events such as hurricanes, heat waves, snowstorms, and tornadoes, according to the National Center for Health Statistics. Additionally, the number of long-term mental health difficulties reported by households who have been threatened with service interruptions has increased. These issues include financial, physical, and environmental stress, as well as fears and worries about potential future service interruptions.

Traditionally, occupational health risks have been measured in terms of the number of accidents that occur immediately, particularly fatalities. However, today, and particularly in the context of climate change and the risk for hazardous disasters, there is a greater emphasis placed on the effects of cancer-causing compounds and radiation that are less visible or more delayed in their manifestation. Accidents at power plants are rare, however, previous catastrophes have resulted in large levels of toxic or radioactive material exposure, as well as fatalities and disease. Skin illnesses and respiratory difficulties and diseases may also represent a long-term risk for workers in case of a hazard at a power generation facility.

Climate change adaptation must include consideration of the harmful consequences of extreme weather events, rather than just the immediate damage caused by water and wind. Different policy options and legal frameworks can help to mitigate the danger. Preventing future disasters will necessitate policy shifts across all of these areas of disaster preparedness and response. The necessity to examine the potential implications of climate change on such infrastructure, as well as the nature and consequences of various adaptation alternatives are urgent given the context.

—Jonathan Sharp is the CFO at Environmental Litigation Group P.C., a law firm based in Birmingham, Alabama, that assists individuals and communities injured by toxic exposure.