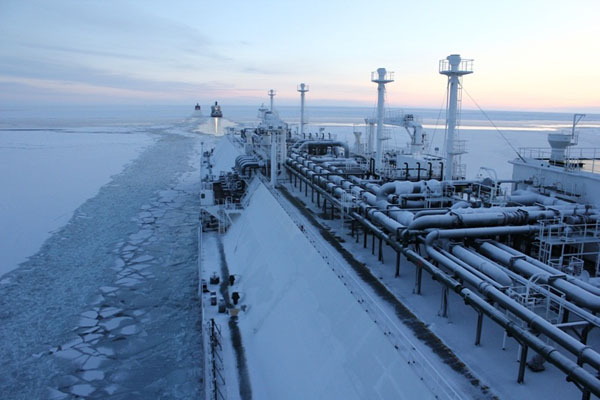 In this month’s POWER, I spend some time reviewing 2012 and offering some thoughts on what the near-term future holds for natural gas–fired power. This is a big subject, so naturally time and space constraints in print prevented me from including everything I could have.

So for this month’s GAS POWER, I thought I would share some of the comments I got from the industry on where gas-fired power is going.

Not surprisingly, there is plenty of optimism to go around, at least in the U.S. If you make, sell, or service equipment for combined cycle power plants, this is a good time to be in business.

For example, Siemens estimates that the U.S. gas-fired power market will enjoy better than 20% annual growth rates over the next five years, outpacing the entire power generation market in the US more than twofold. “We just recently sold three more H-class turbines to a major U.S. utility, increasing the number of the newest generation of machines sold to 20,” said Michael Suess, CEO of Siemen’s Energy Sector. “Almost half of them will be installed in the U.S.”

The Fuel of Choice?

Several things are driving this, one of which is obvious: cheap gas, and a lot of it.

“This really is a game-changer for the U.S., and unconventional gas is also being developed in other parts of the world,” Jim Donohue, manager of thermal products marketing for GE Power & Water, told me.

Kenny Rogers, a senior principal at design and consulting firm Stantec, agreed.  “[We see] natural gas as the primary fuel choice for power and energy production for a majority of our clients, across a diverse marketplace, in 2013 and beyond. Electric utilities are shutting down old coal plants that will be replaced and repowered with new gas-fired combined cycle plants.“

Sandy Fielden of RBN Energy, who offered his thoughts on coal-to-gas switching in GAS POWER this summer, thinks 2013 is going to be a key year on that front. "The biggest question is whether or not 2012 turns out to have been a watershed year when natural gas power burn made permanent gains over coal. The clearest signal that has happened will not be increased natural gas power burn during peak generation periods but increased use of gas in place of coal for baseload generation.”

Patrick Fetzer, North American regional VP for Alstom’s gas business, took a more measured but still optimistic view. “While there is still sufficient generation capacity overall in North America,” he told me, “some regions are starting to face capacity issues and some markets are sending price signals that new capacity has value.”

And in those markets, gas is typically the most competitive. “Some of the common themes we see are the need to provide operational flexibility, the value customers continue to place on having a balanced portfolio, and the need to maintain grid stability as the make-up of the generation portfolio evolves, for example, phasing out older, noncompetitive coal-fired units.”

Said Kenneth Engblom, marketing director for Wärtsilä Power Plants, “As the amount of variable renewable generation increases, having sufficient balancing capability in order for production to meet demand requires even more flexibility in the power system. On a national level, the addition of flexible gas-fired power plants will not only fill a potential power gap but will also allow the entire system to operate more efficiently and economically by providing system reserve capacity with higher efficiency and lower costs.”

Frank Hoegler, vice president of the Americas for Turbine Technology Services, had similar thoughts: “2013 is going to be a transition year for gas turbines in the power generation industry. Existing units are running more, new units are being installed and liquid-fueled units are being converted to gas operation.” What’s pushing this are the same factors others reported: “Increased natural gas supply, new pipelines, lower gas prices, greater use of renewables, and an increased awareness of the emission advantages.”

As Hoegler noted, increased utilization means increased maintenance and modernization costs. A good thing if you’re in that business, though not so good if you’re a plant owner.

But it’s not just the need to adapt to cheap gas and increased renewables that have the service sector excited.

Said Rogers, “Even our non-industrial clients, such as commercial facilities, resorts, airports, and universities, are investigating the applications and benefits from self-generation using gas, including CHP, cogeneration, or distributed generation. They realize the low cost, high reliability, and low emissions from a natural gas power and energy plant will have a positive impact on their operation.”

The environmental advantages of gas power also frequently came up in these discussions. As Donohue noted, “Gas is a cleaner source of energy compared to other fossil fuels such as coal and oil. And in combination with renewable power sources, natural gas looks even better. “

Outside North America, the story is a bit different. The UK’s decision to move ahead with shale gas extraction is promising, but challenges remain. “Global gas prices are high and expected to increase further in the future as global demand for gas grows,” Jonathan Robinson of consulting firm Frost & Sullivan said. “At the same time, the UK’s conventional reserves in the North Sea are declining. It is now broadly accepted that the UK’s shale reserves are not going to rival those of the major global producers, but there is real possibility that we have enough reserves to satisfy a portion of UK demand.”

Jonathan Lane, head of consulting for power and utilities for GlobalData, was more pessimistic. Although it is easy to see how gas-fired power could help to mitigate looming energy gaps in Europe, he said, the economics of it in Europe are not simple, and market intervention may be required to attract investment, since coal is currently more economic. “Capacity mechanisms have been proposed across Europe to support the economics of gas-fired power,” Lane said, “but should governments really be subsidizing almost everything except coal?”

But in the long term, the direction seems clear. One sign of that came in mid-December, when the U.S. Department of Energy released its long-awaited report on the potential impacts of liquefied natural gas (LNG) exports. A fairly full-throated endorsement of the export market, it builds on the Energy Information Administration’s 2013 Annual Energy Outlook Early Release, which predicts continued strong U.S. production and continued moderate prices.

About a week later, Cheniere Energy Partners announced that it had signed another long-term purchase agreement for LNG from the Sabine Pass export terminal, currently under construction. Cheniere is preparing to add a fifth liquefaction train to the four already planned, and has now secured purchase agreements for 18.0 metric tonnes per annum (mpta) of the total 22.5 mpta potential capacity. A sixth train is now being contemplated, which would boost capacity to 27 mpta.

Meanwhile, Gazprom reported in early December that its LNG carrier Ob River completed the first-ever LNG shipment through the Northern Sea Route. The transit from Norway to Japan on Nov. 9-18 (shown in the splash photo at the top of this editorial) was enabled by Russian nuclear-powered icebreakers.

However you want to spin it, gas, and gas power, is looking pretty bullish.