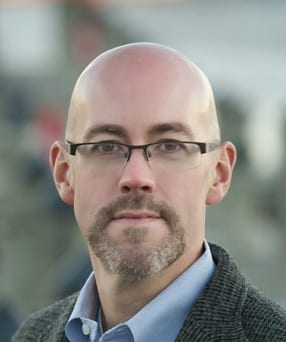 Turbine modifications will shorten the life of heat recovery steam generator (HRSG) tubing, but the most dramatic reductions may not be where you expect.

Combined cycle power plant gas turbine and steam turbine modifications can provide sizable economic gains. But these improvements often come at the cost of the serviceable (useful) life of the high-temperature sections, such as the high-pressure superheater and reheater harps, in the HRSG. Economic analyses to evaluate the financial benefit of turbine upgrades should address a decrease in tubing life, up to and including the costs associated with a harp replacement, within the economic life of the plant.

There have been numerous articles written about the effects of fatigue damage in HRSGs, but fatigue is not the only active damage mechanism that can degrade high-temperature superheater and reheater tubing. Similar to conventional boilers, high-temperature harp tubing is also susceptible to creep damage (i.e. long-term overheating).

High-temperature sections, such as the superheater and reheater harps, operate at temperatures in the time-dependent regime. At these temperatures, the steel metallurgically degrades due to the creep-rupture damage mechanism, also known as long-term overheating. These harps have a finite service life, with tube failures occurring after a certain amount of service time. The temperature threshold for this regime is material-dependent. For 2.25Cr-1Mo low-alloy steel tubing, such as SA-213 T22, this regime starts at 900F (480C). For Grade 91, 9Cr-1Mo-V creep strength enhanced ferritic steel tubing, SA-213 T91, the transition is at a higher temperature, 1,000F (540C).

In 1952, Larson and Miller developed a mathematical relationship to describe this interaction of stress, temperature, and time. While there are other mathematical models, the Larson-Miller approach is commonly used in the power generation industry to design and evaluate high-temperature boiler components. The Larson-Miller equations are effective for quantifying the effect gas turbine and steam turbine modifications can have on harp tubing serviceable life.

Material selection is a crucial part of boiler design. The anticipated service conditions must be weighed against the material costs and fabrication needs, and the completed harp section must comply with both the applicate construction codes and standards, and the design contract requirements. These requirements typically result in serviceable life values in excess of 200,000 operating hours.

Each boiler manufacturer has its own internal standards regarding maximum allowable exposure temperatures for various alloys. These values take into consideration the creep life of the material and the effects of material wastage due to oxidation. While values vary, in general, the upper temperature limit for T11 is about 1,025F (550C), T22 is 1,100F (590C), and T91 is 1,200F (650C).

For many operating HRSGs, high-temperature tubing failure due to long-term overheating hasn’t been an issue because of the age of the units, the design factors incorporated into the ASME Boiler and Pressure Vessel Code Section I, and proprietary internal design rules developed by the HRSG designers and manufacturers. That said, as these tubes contain pressure at temperatures where creep damage is active, it is not a matter of if, but when creep failures will occur.

Serviceable life analysis studies calculate the changes in harp tubing serviceable life using the Larson-Miller time/temperature/stress relationship. The highest tube metal temperatures are located in the finishing harps, where the exhaust gas temperatures and steam temperature are the highest. As such, the tubing in those sections are often of higher alloy materials (such as Grade 91) and are designed with significant margin between the design temperature and the upper temperature limit. The tubing in lower-temperature harps, such as the primary superheater or reheater sections, are often fabricated with lower alloys (such as Grade 22 and Grade 11) and may be designed closer to their material limits. Each HRSG section operating in the time-dependent regime should be evaluated.

Serviceable life analysis studies use both steam-side and gas-side data as calculated for the original HRSG design and the predicted conditions following the turbine modifications. The inlet and outlet steam conditions are used to set the internal boundary conditions for the analysis, and exhaust gas temperatures entering and leaving the harp section are used to set the external conditions. These values may be similar to those developed by the boiler designer or may vary to reflect the as-built or as-operating conditions.

With these local stress and temperature values, the creep-rupture life is incrementally calculated along the length of the tubing from the inlet header to the outlet header. The analysis is repeated for all harps operating in the creep regime, and for various operating conditions, with and without the proposed turbine modifications. The results of these calculations are then used to evaluate harp serviceability.

The effects of a proposed gas turbine modification on HRSG tubing associated with a 2×1 combined cycle plant was evaluated using the approach described above. The harp arrangement for this particular unit is shown in Figure 2.

The material for the finishing (tertiary) reheater, finishing (tertiary) superheater, secondary superheater, and secondary reheater installed in the unit were all seamless Grade 91 tubing (SA-213 T91). The primary reheater section (RHTR1) is located downstream of the duct burners and was fabricated from 2.25Cr-1Mo low-alloy steel (SA-213 T22). The primary superheater (SHTR1) materials ranged from T91 (for rows one and two), T22 for row three, and 1.25Cr-0.5Mo low-alloy steel (SA-213 T11) for the fourth row.

The magnitude of the temperature increases in the lower-alloy RHTR1 and SHTR1 sections are less severe than that of the higher-temperature sections, but the engineering calculations found that the lower-temperature sections are more negatively affected by the proposed turbine modifications. The most severe reduction in serviceable life was estimated to occur in the second row of RHTR1 under 2×100% operation, with the duct burners in service, and high ambient temperatures. Under these conditions, the turbine modifications were predicted to reduce the serviceable life by only 21%, but the estimated service life was shortened to significantly less than 200,000 hours.

Engineering analyses identified a reduction in the long-term creep rupture life of harp tubing due to proposed gas and steam turbine modifications. While the greatest changes in exhaust temperature are often seen in the initial (higher-temperature) harp sections, the analysis found the more severe service life reductions for the harps farther back in the unit.

It is not unexpected that the harp sections will have varying serviceable lives. However, as illustrated in this case study, the section most affected by the turbine modifications may not be obvious. While the tube metal temperatures of the hottest sections did increase, the resulting temperatures are still sufficiently cool to support operations in excess of 300,000 hours because of the materials used for their construction. But for those sections with lower-strength alloys, the proposed changes shorten the serviceable life such that in-service replacement is plausible within the commercial life of the plant to maximize the asset value of the HRSG. Those costs should be incorporated into the financial analysis used to evaluate the turbine upgrade project.

—John L. Arnold (jarnold@nianticbayeng.com) is the principal and founder of Niantic Bay Engineering LLC. He specializes in the assessment and management of critical power plant components including high-energy piping, boiler tubing, headers, drums, and pressure vessels.