A historical analysis of nuclear power technology by researchers from the German Institute for Economic Research suggests that none of the 674 reactors developed globally since 1945 were developed based on “economic grounds”—as private investments in the context of a market-based competitive system.

Until the 1950s, only four major countries dominated nuclear technology by establishing independent national pathways: U.S., UK, France, and the Soviet Union. Failure of U.S. attempts to control proliferation between the 1950s and mid-1980s led to U.S. sales of nuclear technology to adoption countries like Japan, Korea, and Germany, whereas the Soviet Union retained its technology, sharing only turnkey reactors with satellite states. During that period, however, India, Pakistan, and Israel developed their own nuclear pathway. China, which today leads the world with the most new builds, emerged on the nuclear scene in 1985. Diffusion patterns changed yet again after Fukushima in March 2011, as developed countries sought to phase out or shutter existing or scrap new build projects, often due to economic reasons. That has opened a market for the developing world. Though based on technology that is several decades old, Generation IV and small modular reactors, meanwhile, have yet to be commercialized. As part of the study, researchers traced the development of nuclear power since its beginnings, by providing both a technology and a country-specific perspective. 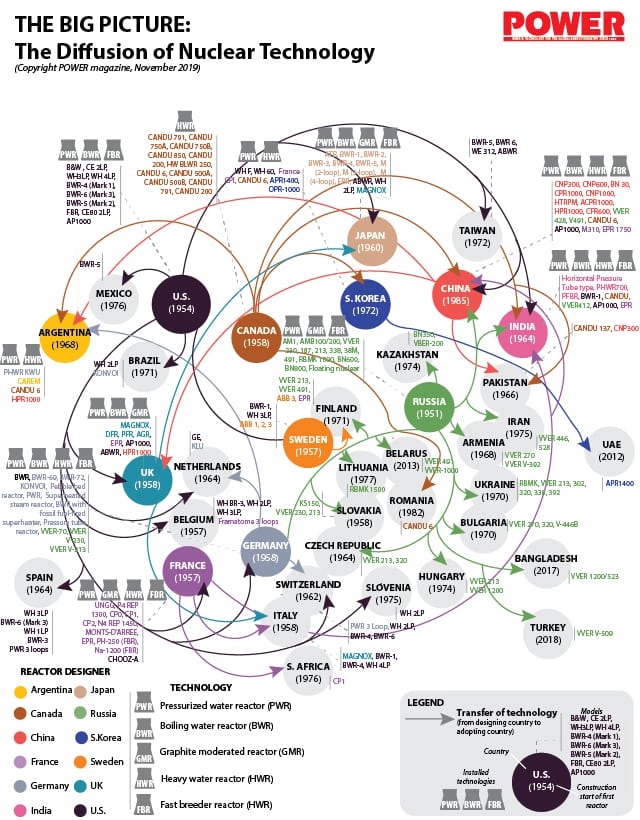