The Roosevelt Hotel in New York City was the site of the 2005 Platts Global Energy Awards (GEA). The seventh annual black-tie soiree was the most global ever. Some 400 top executives from more than two dozen countries on five continents gathered at the Roosevelt on December 1, 2005, to honor the energy industry’s "Best of the Best."

The event, supported by principal sponsor Capgemini, along with co-sponsors HP, Intel, and Pace Global Energy Services, recognizes excellence in the global energy industry. Additional support comes from BusinessWeek magazine and J.D. Power and Associates, which, like Platts, are businesses of The McGraw-Hill Companies.

The awards ceremony celebrated the extraordinary accomplishments of businesses and individuals in several energy-related fields and categories. This year’s finalists and winners displayed true innovative spirit and enduring commitment to employees, customers, shareholders, and the industry as a whole. Also announced at the GEA were the winners of POWER magazine’s 2005 Plant of the Year Award—Southern California Public Power Authority’s Magnolia Power Project—and the 2005 Marmaduke Award for excellence in plant operations and maintenance—TransAlta’s Sundance Power Plant. Ken Wicker of POWER presented the awards to top executives of the two companies.

An international panel of judges composed of industry executives, respected commentators, senior analysts, and leading academics selected the 2005 Global Energy Award winners from nearly 200 corporate and individual nominees. Each entry was evaluated within a category as well as within the energy industry as a whole. This year’s judges were:

In her remarks, Platts President Victoria Pao, host of this year’s event, said that the success of the energy industry in 2005 was due to exceptional leadership strategies whose goals aren’t limited to attractive quarterly results. "The winners," Pao commented, "embody a true spirit of innovation and courage. They are the companies and individuals who are building the future of our economies, our societies, and our environment."

Pao went on to point out that big profits earned by many of 2005’s winning companies bring added duties. "The challenge of meeting the world’s future energy needs in a sustainable way; managing reinvestment to ensure stable future sources of supply; and helping economies around the world cope with a new, and potentially permanent, energy paradigm is a tremendous responsibility."

The 2005 GEA winners were chosen by an international panel of judges (see box) representing the energy industry’s elite—top corporate executives, leading academics, respected commentators, and senior analysts. The judges chose the winners from nearly 200 nominees in the various categories. The 2005 Platts Global Energy Award winners are:

* Most Innovative Commercial Technology of the Year: ExxonMobil (USA)

For more information on the winners and finalists, as well as the criteria for judging, visit www.globalenergyawards.com. The call for nominations for the 2006 Global Energy Awards begins June 1, 2006. 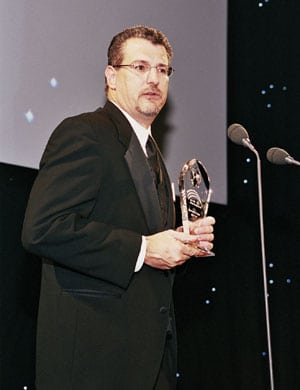 The award for Renewables Project of the Year has come a long way since its debut. In the late 1990s, it was difficult to find a business prepared to take a commercial stake in renewables. That is no longer the case. This year’s winner, MidAmerican Energy Holdings Co., was recognized by the judges for completing a 257-turbine wind farm in Iowa with a capacity of 489 MW. Tom Budler, wind project manager at MidAmerican Energy Holdings Co., accepted the award. 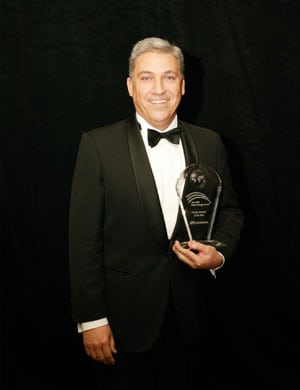 The Power Company of the Year Award went to the Spanish utility Iberdrola, which over the past century has evolved from a small hydroelectricity generator into a $25 billion international company with operations in more than 20 countries. In 2004, Iberdrola became the world’s largest wind energy generator. The company spent $1 billion on renewables generation in 2004 alone and expects to have as much as 4,500 MW of wind power capacity in Spain within three years. Francisco Martinez Corcoles, director of generation at Iberdrola, is pictured. 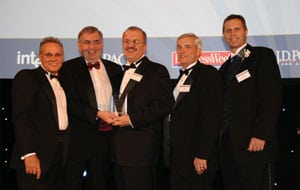 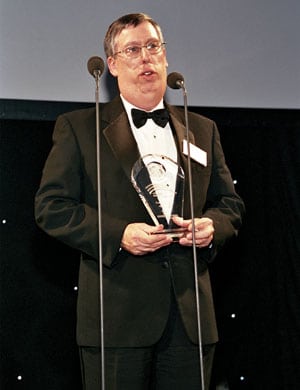 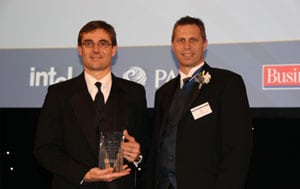 POWER magazine’s Marmaduke Award—named for the fictional plant troubleshooter Marmaduke Surfaceblow, whose exploits have been chronicled in POWER since 1948—recognizes excellece in power plant operations and maintenance. This year’s award went to TransAlta’s Sundance Power Plant in Alberta, Canada. By deploying a plantwide wireless network and sensors, and a condition-based monitoring system, and by extending the reach of its work management system, the Sundance plant has already saved over $10 million. Pictured is Martin Van Huyssteen, director of Alberta Thermal Operations. 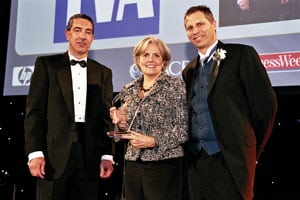 The Energy Engineering Project of the Year Award recognizes an achievement that made the world’s energy future more secure and more sustainable. This year’s winner, Tennessee Valley Authority, spearheaded a project to find and implement a way to convert surplus weapons-grade uranium into reactor fuel. From left to right are Mark Fronmuller, VP of Capgemini’s North American Utility Unit, Skila Harris, director of Tennessee Valley Authority, and Ken Wicker of POWER. 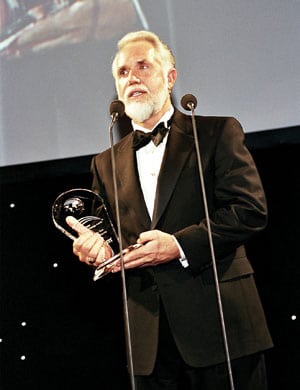 CEO of the Year is always one of the most hotly contested and highly prized awards, and this year 15 leaders of energy companies were nominated. To win this award, a CEO must have consistently demonstrated the kind of clear vision, judgment, and motivational skills that transform and empower organizations. This year’s winner, Phillip G. Harris, president and CEO of PJM Interconnection, manages a transmission grid that serves 51 million people. Under Harris, PJM ‘s growth has been astonishing. Back in 1997, the company was billing and clearing $750 million a year for its customers. Today that figure is $17 billion, representing deliveries of 700 million MWh.