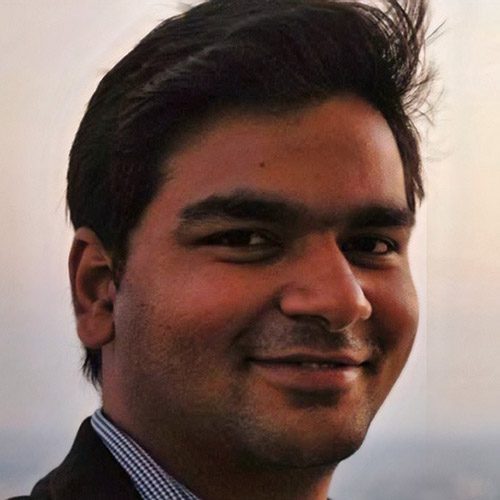 Solar power has emerged as one of the most promising solutions to the world’s energy problems, enabling countries to find the proper balance between energy security, economic progress, and environmental sustainability. Solar photovoltaic (PV) technology, which began as an experimental method of energy production by Bell Labs in 1954, is now poised to change the world’s energy dynamics.

Solar energy adoption is critical to a country’s economic development. Keeping this in mind, India has continued to improve its energy mix while minimizing carbon footprints as the globe advances toward sustainable growth. India’s solar power capacity has grown exponentially from a meager 10 MW solar energy generation capacity in 2010 to 30 GW in 2019 (Figure 1). This massive leap may essentially be due to lower prices and greater demand for solar installations, which favorable government regulations have aided.

In addition, Prime Minister Narendra Modi boosted the solar industry’s support by announcing an increase in India’s solar capacity objective to 100 GW by 2022 and a capital subsidy of INR 150 billion as a first step. As a result, the solar revolution in India is well underway. This has prompted several Indian companies to expand their manufacturing capacities for solar modules, solar module mounting structures, solar power packs, solar generators, solar inverters, and other solar-related products, and provide world-class rooftop solar EPC (engineering, procurement, and construction) services.

Population. As India’s economy and population expand, so does its energy consumption. India’s population is expected to rise by 270 million in the next two decades, increasing the demand for solar energy.

Awareness. Awareness is a critical factor in the growth of solar energy in India; throughout the last five to six years, the government has sponsored several programmes to encourage the sector. As a result, solar power in India is growing. In addition, many multinational corporations are entering the industry and producing modules and inverters.

Return on Investment (ROI). A typical PV system will generate a 20% ROI in the first year. Thus, investing in a solar energy farm offers several advantages, including generating significant income on yield. This encourages consumers to go solar.

Rural Development. More than 73 million homes in rural parts of the world obtain energy from solar lanterns, solar home systems (SHSs) that can power multiple gadgets, and local solar-based microgrids, rather than from a traditional power grid. Off-grid devices and systems provide life-changing services to individuals who live in areas without access to centralized power networks, as well as helping to promote the usage of renewable energy. As a result, foreign assistance agencies and nongovernmental organizations (NGOs) put forth a lot of effort to encourage their adoption. Also, it is cost-effective, so India is encouraging solar energy adoption in rural India.

Cost-Effective Solar Power Producer. India’s status as the world’s lowest-cost solar power provider indicates a continuing trend toward renewable energy as the driving force behind the global energy revolution. India has the potential to lead the world in solar electricity, which will be less expensive than present coal-fired power by 2030, even when combined with battery storage, thanks to its 300 sunny days a year.

The solar industry in India and worldwide is booming, and solar energy usage is at an all-time high. Several significant steps are being undertaken to enable this transformation to meet this rising need. There has been considerable growth in all types of projects, from home solar to commercial and industrial. After indulging in more thoughtful saving options, people have begun to manage their money to accommodate a solar power plant. In terms of industry, consumption and industrial output have grown, particularly after the first wave, and power demand has also increased to control production. Enterprises are now utilizing banking for CAPEX (capital expenditure) and OPEX (operating expense) modes to get solar optimization.

Energy Storage Systems. Though solar PV is one of the world’s fastest growing and most dependable renewable energy sources, one of its primary drawbacks is the inherent variability of power output. Integrating intermittent solar energy into the grid system while maintaining optimal load and grid stability is challenging. Due to the fast growth of distributed solar energy sources, some power companies are forced to refuse solar power off-take entirely during periods of low demand. This is a significant issue for solar producers, who must now invest in energy storage devices at the production site to smooth out the electricity supply.

Mono PERC (Passivated Emitter and Rear Cell) Modules. In India, there has been a growing adoption of high-efficiency monocrystalline technology in solar projects, prompting module makers to manufacture mono PERC modules. Greater efficiency helps developers reduce land and other balance of system (BoS) expenses, leading to improved returns. This transition from polycrystalline to mono PERC modules is primarily driven by higher efficiency, which helps developers reduce land and other BoS costs, resulting in higher returns. For the past two years, the world has been transitioning from poly to mono solar panels. However, the Indian market has been sluggish to embrace the technology because of its price sensitivity, with mono PERC modules being 10% to 15% more expensive.

Artificial Intelligence and Machine Learning. In the solar industry’s effort to meet the fast-rising need for affordable and sustainable energy, artificial intelligence (AI) and machine learning (ML) have become robust technical solutions. These technologies can analyze massive data from the past, improve the present, and predict future trends simultaneously.

Why Solar Is the Best Solution

Reduced Energy Costs. For company owners, electricity costs are a nightmare, and the worst thing is that they keep increasing. Businesses employ a variety of gadgets and equipment that consume a significant amount of power, costing business owners thousands of dollars. Solar energy can be used to remedy this problem. Going solar significantly cuts energy bills, allowing companies to redirect these funds into other more profitable avenues.

Low Maintenance Cost. Solar systems are low-maintenance and need little to no upkeep. All you need to do is clean the panels once a year to maintain them in good shape and endure a long lifecycle (the average lifespan of solar panels is 25–40 years).

Increased Property Worth. Adding a solar panel to your building will significantly enhance its value, allowing you to sell it for a much better price.

Environmentally Friendly. Traditional power generation is typically not an environmentally favorable method. Coal, oil, and gas combustion may be highly damaging to the environment.  Therefore, it is reasonable to conclude that adopting renewable energy sources will aid in environmental preservation. Solar energy is an excellent alternative to fossil fuels like natural gas and coal since it generates pure, clean, and sustainable energy from the sun. It also helps to minimize global carbon emissions and greenhouse gas emissions.

At Corrit Energy & Infra, we see a huge potential in establishing solar power plants in tier 2 and tier 3 cities. The problem of power failures is not limited to factories; schools, colleges, hospitals, and small businesses are all affected. A glaring example of this is a project we undertook in Farrukhabad, where we successfully completed the installation of five solar plants at their textile plant, which has contributed to improve the lives of the people who live there. We constructed a solar plant supported by battery storage, allowing three units to be dependent entirely on green energy.

The solar industry is constantly changing, with quick technical advancements, improvements, and innovation. The adoption of these innovative technologies will further reduce prices, and solar power will soon become the primary energy source for the majority of the world’s population. This, in turn, will have a favorable influence on the environment and climate change. The same can be said for solar plant components such as PV panels, which continuously improve efficiency thanks to advances in solar cell technology.

—Mayur Misra is co-founder and CEO of Corrit Energy and Infra.