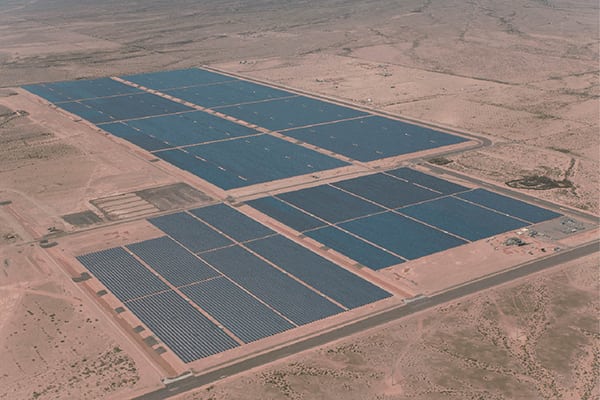 California has been pursuing renewable generation since enactment of its Renewable Portfolio Standard (RPS) in 2002, which had the goal of increasing renewable generation to 20% of the state’s electricity mix by 2017. That goal was codified in 2006. In the meantime, the 2003 Integrated Energy Policy Report (IEPR) recommended accelerating the schedule to 20% by 2010, a plan that utilities were ill prepared to meet, principally because of transmission limitations. The following year, the 2004 IEPR again recommended an update to the plan, advancing the goal to 33% by 2020. Then-Governor Arnold Schwarzenegger signed Executive Order S-14-08 in Nov. 2008 requiring retail sellers of electricity to comply with the new RPS standard. The RPS was codified when Governor Edmund G. Brown, Jr. signed SBX1-2 in April 2011. The RPS standard applies to all publicly owned utilities, investor-owned utilities (IOUs), electricity service providers, and community choice aggregators.

There has been marked progress toward the RPS goal during the past few years. As of December 2012, California’s three large IOUs reported that they serve 19.6% of their 2012 retail sales with RPS-eligible renewable energy, slightly less than the compliance goal of no less than 20%. Sempra Energy’s wholly owned subsidiary San Diego Gas & Electric, at 20.31%, was the only California IOU to meet the 2011–2013 renewable energy goal.

Another 2,800 MW of renewable energy is scheduled to enter service in California during 2013, and more than 644 MW came online in the first quarter of this year. At 150 MW, the largest of those new projects was Sempra U.S. Gas & Power’s Mesquite Solar 1. Power from Mesquite Solar 1 is being sold to California’s Pacific Gas & Electric under a 20-year-contract.

Sempra Energy, a Fortune 500 energy services holding company, is the parent of project developer Sempra U.S. Gas & Power (a consolidation of Sempra Energy’s U.S. operations outside of its California utilities, completed in January 2012) and the regulated public utility San Diego Gas & Electric. Sempra U.S. Gas & Power has a very strong history among developers of utility-scale PV projects, going back to the completion of the company’s first solar energy project—the 10-MW El Dorado Solar PV plant in Boulder City, Nev. That plant was named a 2009 Top Plant winner for its well-designed integration with the adjacent El Dorado Energy gas-fired combined cycle plant. I wrote at the time, “El Dorado is Sempra Energy’s first solar power generation project but will likely not be its last.”

Sempra U.S. Gas & Power hits the POWER award trifecta in 2013 with its jointly owned Mesquite Solar 1 project. The 150-MW facility was constructed on 920 acres of a 4,000-acre site in Maricopa County, Ariz., an hour and a half drive west of Phoenix. Construction of the plant began in June 2011. The first three blocks of solar panels totaling 42 MW entered service in late Dec 2011 with the remainder of the 150-MW first phase connecting to the grid in late 2012. At that time, Mesquite Solar 1 became one of the largest PV projects in the U.S., although that record was later eclipsed by another installation. The plant is expected to operate with an ~27% annual capacity factor producing ~350 GWh per year. A video describing the development and construction of the project is available at www.semprausgp.com/energy-solutions/solar-mesquite-solar.html.

However, as you read above, bragging rights are short-lived, because there always seems to be a bigger PV project in the works. Mesquite Solar will surely reacquire those bragging rights, because early development to expand the facility to a massive 700-MW PV installation is ongoing. The PV facility is also adjacent to Sempra U.S. Gas & Power’s jointly owned 1,250-MW Mesquite Power Generating Station, a 4 x 2 gas-fired combined cycle plant that was, as you may have guessed by now, a POWER Top Plant in 2004.

The completion of Mesquite Solar 1 moves Sempra U.S. Gas & Power closer to its goal of investing in 1,850 MW of renewables to its power generation portfolio by 2017. Since announcing progressively increasing targets starting in early 2011, the company along with its strategic development partners has installed, started construction on, or secured long-term utility contracts for more than 800 MW of additional solar and wind capacity.

“We are pleased to continue the momentum of our solar program with the completion of Mesquite Solar 1 and will now focus on the development of the remaining 4,000-acre complex,” said Jeffrey W. Martin, president and chief executive officer of Sempra U.S. Gas & Power. “This accomplishment puts us solidly on track to own and operate more than 1,000 megawatts of renewable energy capacity by the end of this year [2013]. We are excited about the future.”

The scale of Mesquite Solar 1 is, to say the least, large. The 830,000 panels cover acreage equivalent to 680 football fields (Figure 1).

Mesquite Solar 1 uses Suntech Power Holdings Co. multi-crystalline solar panels with Pluto cell technology that converts sunlight into electricity at 20.3% efficiency. Suntech, headquartered in China and the world’s largest producer of PV panels, provided 830,000 polycrystalline solar modules for the project. In fact, Mesquite Solar 1 is located only about 30 miles from Suntech’s former Goodyear, Ariz. manufacturing facility, which supplied a portion of the panels for the plant.

Engineering, design, and construction were handled by Zachry Holdings Inc., a familiar name in fossil-fueled power plant construction. Zachry has diversified its project portfolio to include renewable projects, such as Mesquite Solar 1.

Inverters and transformers are normally used to convert the direct current produced by the PV panels into alternating current suitable for the grid. However, Mesquite Solar 1 is one of the first utility-scale PV sites to use Advanced Energy’s AE 500NX inverter. The inverter is modular in design and uses a closed air-to-liquid cooling, a desirable feature for a plant located in the desert. Each inverter handles up to 500 kW and does not require an enclosure for cooling. Better still, the advanced bipolar design does not require a built-in transformer, yet makes the conversion to 420 VAC at weighted efficiency of 97.5% with a reliability >99%. The Advanced Energy inverters include reactive power and power factor control features and low-voltage ride-through capability.

Each Solaron inverter can handle up to 10 input feeds. Four Solaron inverters are combined into an ~2 MW skid, which also include a single 2-MW transformer, breakers, and a DCS cabinet. Multiple skids are combined at the main facility transformer where the voltage is increased to match the grid voltage at the nearby Hassayampa switchyard, a major energy hub for the Southwest. Almost one million linear feet of underground cable were used to interconnect the panels and inverters.

The panels are installed on Schletter’s ground mount fixed-tilt system. Approximately 85,000 steel piers support the ground-mount PV system, each embedded four feet into the ground. The posts are galvanized steel and the panel frames are aluminum. Emerson supplied its Ovation distributed control system to manage the plants control and monitoring functions. Fiber optic cables interconnect the control room with the switchgear and inverter skids.

Arizona may be the hub of solar electricity development in the U.S. because of its ample sunshine, but the California RPS and other subsidies also play an important role in developing these massive solar projects. In September 2011, the Federal Financing Bank provided a $337 million loan for the development of the first phase of the $600 million Mesquite Solar 1 project. The U.S. Department of Energy provided the loan guarantee. ■

— Dr. Robert Peltier, PE is a consulting editor for POWER.