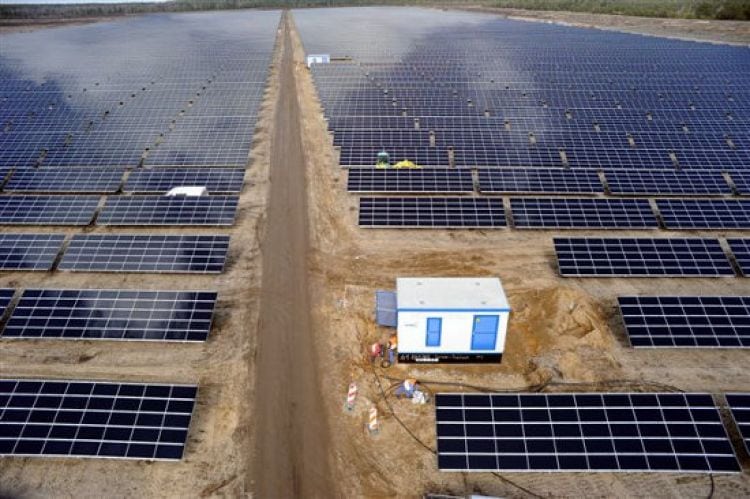 A 200-MW solar power plant is being planned at a 2,000-acre site near Warner Robins, Georgia, a project that at present would be the largest standalone solar facility in the U.S. Southeast.

First Solar, a Tempe, Arizona-based global provider of photovoltaic (PV) systems, announced the project on February 21. The plant already has a power purchase agreement (PPA) with Georgia Power. Construction of the plant in Twiggs County is expected to begin in November 2018, with the plant coming online about a year later.

“This is a tremendously exciting opportunity for First Solar to demonstrate our capability to develop solar assets in the Southeast and help Georgia Power meet the renewable energy needs of its customers,” said Kathryn Arbeit, First Solar’s vice president of project development-Americas, in a news release. “Georgia Power’s significant commitment to renewable energy, paired with Twiggs County’s strong leadership and supportive business environment, combine to serve as a great example of how solar can be seamlessly included in the region’s energy mix.”

Most large U.S. PV installations are located in the desert Southwest, in California and Arizona. The largest U.S. solar farm is the 579-MW Solar Star project near Rosamond, California, which came online in 2015. It is owned by BHE Solar, a subsidiary of BHE Renewables, and was designed and built by SunPower. It operates under a PPA with Southern California Edison.

Georgia is one of 21 states that has not adopted a renewable portfolio standard for electricity production, according to the National Conference of State Legislators. Georgia Power, part of Southern Co., in its 2016 Integrated Resource Plan authorized the development of commercial and industrial (C&I) renewable generation “that would allow Georgia Power to procure up to 200 MW of additional renewable generation through Power Purchase Agreements that C&I customers could utilize to support their sustainability initiatives,” according to Georgia Power’s website.

Georgia Power has said it will develop projects from a Renewable Energy Development Initiative (REDI) for C&I customers, based on PPA contracts of 10 years to 30 years.

“We are committed to working with the Georgia Public Service Commission to create programs, like REDI, that help grow renewable energy in Georgia and add value for all of our customers,” Wilson Mallard, director of renewable development for Georgia Power, said Wednesday in response to the First Solar announcement. “Recently completed large-scale solar projects across Georgia are serving customers today, and the Twiggs County project will be the latest addition, allowing Georgia Power customers to benefit from cost-effective, competitive solar as part of our diverse generation mix.”

First Solar said the project will use more than a half-million of the company’s advanced technology thin film solar modules.

The Solar Energy Industries Association (SEIA) says Georgia ranks ninth among U.S. states with just more than 1,500 MW of installed solar generation capacity. SEIA says the largest solar installation in the state at present is the 103-MW Butler Solar Facility in Butler—about 100 miles south of Atlanta and 40 miles west of Warner Robins—which came online in late 2016. The facility, built by First Solar—which operates and maintains the plant—is sited on about 1,070 acres. It employs tracker technology, which enables its more than 1 million thin-film PV solar modules to track the path of the sun to optimize production. The Butler plant has a 30-year PPA with Georgia Power.

South Korea Will Fight Solar Tariffs; Others Will Wait