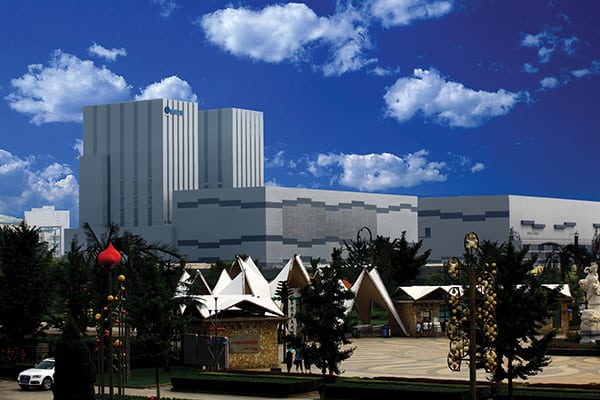 The Municipal Government of Beijing through its operating companies is making enormous investment into its power and energy infrastructure, particularly combined heat and power facilities and renewable energy projects. The latest addition to its fleet of plants is the Jingqiao Power Plant, which supplies electricity to the Beijing grid and steam heat to nearby commercial and government facilities.

One of the primary goals of the People’s Republic of China’s (PRC’s) 12th Five-Year Plan, issued in 2012, is the expansion of distributed energy sources, including efficient production and use of energy (see “China’s 12th Five-Year Plan Pushes Power Industry in New Directions” in the January 2012 issue). In Beijing, a series of corporations were formed to accomplish the requirements of the Plan.

The Beijing Energy Investment Holding Co., Ltd. (BEIH), wholly owned by the Municipal Government of Beijing, is the investment and financing arm for electric power construction for the city, as well as for energy conservation, renewable energy, and other new energy technology investments. The company also makes investments in real estate and infrastructure, hi-techs, finance, and securities. BEIH owns power generation assets valued at approximately $11 billion (¥67.9 billion) with an installed capacity of over 12.53 GW. One of the BEIH subsidiaries is the Beijing Jingneng Clean Energy Corp. (BJCEC), which is responsible for the BEIH clean energy business, with the city of Beijing as its core coverage area. BJCEC also builds and operates wind, gas-fired, hydropower, and photovoltaic power businesses in Beijing and other provinces and regions within the PRC.

Beijing Jingqiao Thermal Power Co., Ltd. is a subsidiary of BJCEC that generates and sells heat energy to the Beijing Municipal Heating Network that is produced by the Jingqiao Power Plant (JPP). The plant provides thermal energy to 14,580,000 square meters of commercial and government buildings, which ranks it as one of the largest combined heat and power plants in the world.

Maintenance and inspection services are performed by contractors selected by competitive bidding. The planning budget for the project was $549 million, though the project when completed came in under budget at $470 million. Construction started on May 9, 2011, and passed the 168-hour full load test to go into commercial operation on Feb. 7, 2013.

Built According to Plan

JPP was built to help meet the ever-rising demand for power and heating in Beijing. According to Beijing’s 12th Five-Year (2011–2015) Plan of Energy, there are four power and heating centers in Beijing. JPP is the only power and heating center in southwest Beijing. High plant reliability is required during the heating months, and that requirement dictated the 2 x 1 plant equipment arrangement. The plant has many features that produce high heating capacity, high plant efficiency, and considerable operating flexibility to ensure a reliable supply of heating steam for the municipal heating network.

Wuxi Huaguang Boiler Co., Ltd. supplied the two triple-pressure heat-recovery steam generators (HRSGs) designed to operate at 12.5 MPa with 545C superheat and 540C reheat temperatures. The HRSG is a vertical type, with five modules. In between the third and fourth module is the selective catalytic reduction catalyst. There is no bypass stack between the CT and HRSG. The steam production of each HRSG is 512 tons/hr.

NOx production is on par with the best of the modern generation of gas-fired combined cycle units now being installed around the world. During the performance test, CT emissions were under the 25-ppm guarantee. The denitrification system placed within the HRSG further reduced NOx by 85%, thereby producing HRSG stack NOx emission of approximately 4 ppm (7.3 mg/m3).

The arrangement of the condensing cycle is unique. The high-pressure (HP) and intermediate-pressure (IP) steam turbines (on a common shaft) are connected with its low-pressure (LP) turbine via an overrunning clutch supplied by SSS Clutch Co., Inc. The generator is connected at the HP end of the steam turbine. When operating in full condensing mode (maximum power) the clutch is fully engaged and the three steam turbines operate in unison (Figure 1).

On the steam side, HP steam produced by the HRSG expands through the HP turbine. Cold reheat steam mixes with the HRSG’s IP steam and enters the reheater to become the hot reheat steam, which expands through the IP and then the LP turbine. LP steam, the third pressure level steam produced by the HRSG, is mixed with the IP exit steam as it enters the LP turbine. Steam exits the LP turbine and condenses in the condenser at 0.4 MPa via wet cooling towers. A startup boiler is used to provide heating steam when the plant is out of service for maintenance.

When operating in combined cycle mode (no steam heating) the plant operates at a very respectable 59.5% thermal efficiency, as confirmed during performance tests. The maximum thermal energy production (LP turbine secured, CTs at full load) is 592 MWt at 260C. The CTs are normally operated at baseload when feeding power into the Beijing Municipal Power Corp. grid. Under extreme cold conditions or during an outage of other steam heating resources, the steam produced by the HRSGs can completely bypass the steam turbine, be desuperheated, and then sent directly to the steam heat system. Under those conditions, the maximum heating capacity of the system is 729 MWt.

The design of JPP is to meet most of the heating demand of southwest Beijing in extreme cold conditions (very cold weather or malfunction of other heating resources) and it is the biggest gas-fired heating center in its service territory.

Making the combined heat and power facility aesthetically pleasing was a high priority for its designers, as is evident from the photos. Because the plant is located within the 4th Ring Road in Beijing (an eight-lane expressway that circles the city about 8 kilometers from the center) the view of the plant was “deindustrialized.” For example, the building height matches the height of the HRSG stacks and a noise-reduction wall surrounds the CT air intake. Also, the steam turbine building was placed next to an office building located to the east of the plant as a buffer to reduce stray equipment noise. The noise level outside the plant is approximately 45 dB, less than the noise level found in a typical business office.

The compact plant site also presented a significant design challenge because sufficient land for another 2 x 1 combined heat and power plant was set aside. The specific area of the unit is 0.063 m2/kW, compared to typical U.S. combined cycle plants that often use 0.5 m2/kW to 1.0 m2/kW or more.

Did you notice the plant substation is missing in the lead photo? It’s actually located completely underground for aesthetic reasons and because of the constrained site. The generator’s enclosed bus ducts are located 3 meters underground and connect with the main transformers located 9 meters underground. The high-voltage power cables are connected to the Beijing grid via a channel located 6 meters beneath the surface. The rest of the plant is also well hidden from view.

The longest continuous operation of the plant since entering commercial service was about 100 days, and that long run was interrupted by order of the grid dispatcher placing the plant into standby mode. The plant equivalent availability factor was an excellent 82.28% in 2013, its first year of operation. ■