In 2005, Jersey Central Power & Light (JCP&L), a subsidiary of Akron, Ohio – based FirstEnergy Corp., initiated a project to identify protection system improvements that could be made to proactively combat wind- and lightning-related weather events that create sustained power outages (Figure 2). JCP&L determined that these changes had the potential to improve the System Average Interruption Duration Index (SAIDI) reliability metric by as much as 45 minutes annually. 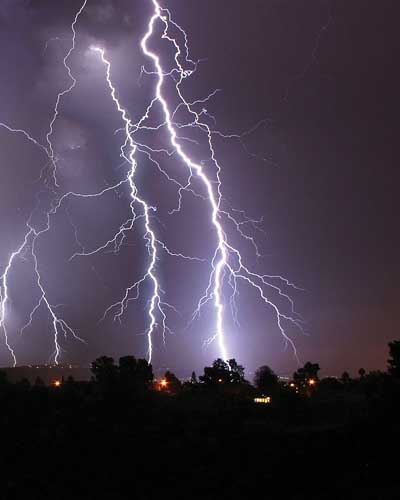 Like many utilities, JCP&L operates a large installed base of electromechanical (EM) and microprocessor-based protection relays in its substations that are complemented by line reclosers on its distribution system. JCP&L’s 3,200-square-mile territory, with 1,100 circuits, services 1.1 million customers (Figure 3). 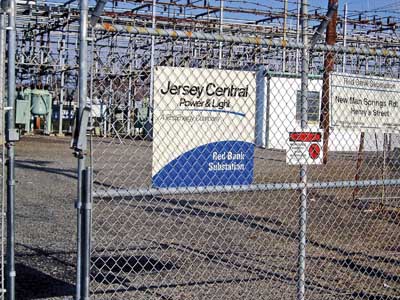 Customer research indicated that reducing the number of momentary outages on blue-sky days drove higher levels of customer satisfaction, while momentary outages during storms generated minimal customer dissatisfaction. With that information JCP&L set out to devise a protection scheme that limited the number of sustained outages resulting from temporary faults during storms.

One of the first obstacles encountered was the inflexibility of the current system, specifically the limitations of the EM relays installed in JCP&L substations. The utility recognized that although each was equipped with two timing curves, delay and instantaneous, these timing options were only selectable locally through dedicated cut-off switches wired to the units (Figure 4). 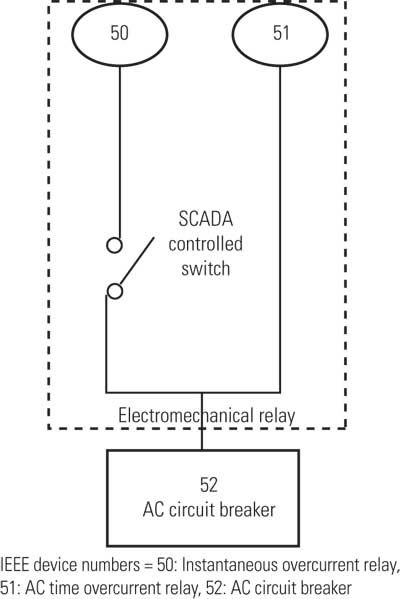 Wanting to improve customer satisfaction, and recognizing its significant investment in installed EM relays, JCP&L’s challenge was to develop a system that could change relay timing settings proactively in response to real-time weather information. A solution was prototyped in early 2006 using a series of relays and intricate wiring tied into the supervisory control and data acquisition (SCADA) system. The solution was a relatively simple rewiring job in the substation panels, but the potential payoff was significant: a projected reduction in SAIDI of 25.1 minutes annually, if deployed systemwide.

The next phase of the project was to find commercially available products to meet the application requirements, such as field-tested reliability, SCADA compatibility, feedback capability to confirm operation, a local target display, operation at 48 or 125 VDC, and the ability to expand to control more than one breaker installation. The company wanted the components to interface not only with the EM relays, but also with microprocessor-based relays from several different manufacturers that were in use on the system, in a cost-effective manner. Electroswitch, of Weymouth, Mass., was selected to supply a variation of its two-position Series 31 Tagging Relay (TR).

JCP&L’s Northern and Central Regions, each with its own Regional Dispatch Office (RDO), operate 13 independent districts. Each district has one substation outfitted with SCADA-interfaced wind speed and lightning detection equipment. These systems report to the RDO by exception when measured wind speeds cross a 25 mile-per-hour threshold or the presence of lighting is detected. Based on these inputs, each region’s RDO has the ability to set the protection-timing scheme of each substation individually or as a group. The simple actuation of the Electroswitch Series 31 TR via SCADA closes the relay instantaneously, changing the relay-timing scheme to a fuse-saving mode (Figure 5). 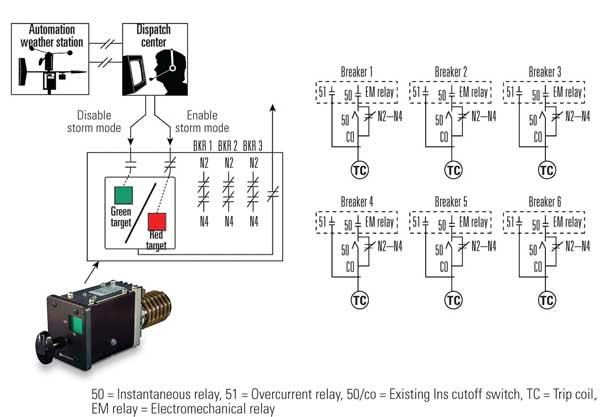 Fuse-saving mode is a protection scheme in which a feeder circuit breaker is set to operate in its instantaneous mode, allowing it to operate first and faster than the lateral tap fuses. Data show that approximately 70% of faults are temporary. Having the ability to open the circuit first on a breaker’s instantaneous setting and then close it on a slower time-delayed setting allows most of these types of faults to clear themselves. If the fault is still present after the breaker closes in on its time-delayed setting, the fuse on the affected lateral will blow, requiring the line crew to replace it.

Because most faults are temporary, this fuse-saving scheme prevents a large number of unnecessary fuse operations. When a system is operated in a fuse sacrifice mode, the instantaneous relay trip is disabled and the fuse is always allowed to operate first.

When an RDO operator makes the decision to change relay protection timing in response to inclement weather, a SCADA signal is sent and each selected TR reports back confirming the operation. Locally, at the substation, each Electroswitch TR latches in its red mode target to signal that the protection scheme is in fuse-saving mode. Additionally, the RDO sends a systemwide page to the appropriate managers and operations personnel, alerting them of the system timing change.

Once the weather alert has expired, the RDO sends another SCADA command to the selected TRs to command each back to its normal operating mode. An acknowledgment of operation is received, the TR’s local mode tag changes from red (storm/fuse-savings mode) to green (normal/time-delay mode), and the RDO issues a systemwide page alerting all that the protection timing is back to its normal, blue-sky, fuse-sacrifice mode.

JCP&L started the systemwide project implementation in July 2007. It was completed and fully functional in December 2007. Installations were completed at 275 locations, which are able to control all 1,100 circuits in JCP&L’s 13 districts. The installations included the Electroswitch Series 31 TRs, wiring, testing, upgrading of the RDO SCADA software, commissioning, and training of management and operations personnel on the adaptive relay solution (Figure 6). 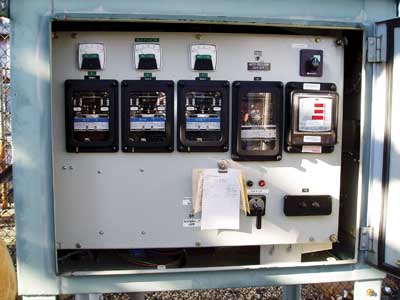 6.    Rewire the cabinets. A typical JCP&L three-phase breaker cabinet shown after the upgrade was completed. The Electroswitch Tagging Relay at the upper right controls storm settings for the three overcurrent relays to the left. Courtesy: Jersey Central Power & Light

Over the first 46 days of operation from December 16, 2007, to January 30, 2008, there were five wind-related instances when the system operated proactively, switching to prepare for inclement weather. During these five storm mode periods, 100% of the 275 adaptive relay sites confirmed proper operation, 64 breaker operations were recorded, and an estimated 7,546 customers were saved from sustained outages.

The conservatively calculated savings during the period were 2.695 SAIDI minutes — an annualized run rate of 21.4 SAIDI minutes. Results through March 2008 also exceeded the annual SAIDI savings forecast of 25.1 minutes. With one SAIDI minute saved per $30,000 invested, the six-month project is recognized by JCP&L as a very cost-effective SAIDI improvement project.

JCP&L anticipates enjoying additional benefits from this protection timing strategy. Operating in instantaneous mode during storm periods will limit the system’s exposure to extended fault current, improving the life of station transformers, in-line equipment, and distribution lines. That, in turn, will reduce exposure to conductor burndown.