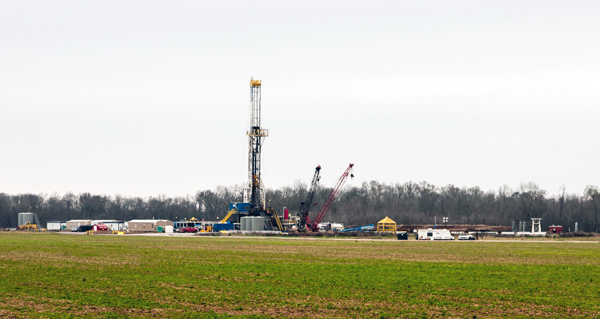 The Cassandras in the energy business who have been waiting for the “shale bubble” to burst may need to wait a bit longer if the Potential Gas Committee (PGC) at the Colorado School of Mines (CSM) is to be believed.

Last year, we looked at some of the rhetoric flying around on the issue of U.S. natural gas reserves and just how much gas the U.S. actually has to draw on. Reviewing the scientific data from the geologists who are responsible for tracking these things (and not, for example, investors and analysts who have vested interests in seeing the price of gas go up or down) made it pretty clear that claims of “100 years of gas” were not far off the mark.

One point I tried to make in the last piece is how these assessments are moving targets, which makes it difficult to have intelligent discussions about when, or even if, we may run out of gas (not that many people don’t try). The U.S. Energy Information Administration (EIA) proven gas reserves—those believed to have a better than 90% chance of recovery—have nearly doubled over the past decade, from 183 Bcf in 2001 to 304 Bcf in 2010, even though total consumption has risen, albeit much more modestly, alongside it. (That 304 Bcf figure, by the way, represents an all-time high.)

The “big enchilada,” however, is technically recoverable reserves, which represent all of the potential gas resources out there that could be recovered using current techniques, including those resources that are believed to exist but haven’t yet been located (this is less speculative than it may sound, even though this last category is referred to as “speculative” resources). This, plus proven reserves, is the number people are usually using when you hear estimates of how many years of gas we have left.

The PGC, which is a nonprofit volunteer organization of geologists and energy industry experts hosted at CSM, has been preparing estimates of U.S. gas reserves every two years since the early 1960s. Their analysis calculates high and low values for potential production from every gas resource known or believed to exist. These values are produced by estimating the volume of gas-bearing reservoir rock, multiplying by a yield factor calculated using data from similar deposits, and discounting to allow for the probability of trap and accumulations. (Energy geeks who are interested in the precise details of their methodology can find it explained on their website.)

Last month, the PGC released its 2012 estimates. Most observers were expecting the numbers to rise from 2010, but the magnitude of the increase was still eye-opening. Potential reserves in 2010 were estimated at 1,897.8 Tcf; for 2012, those numbers jumped to 2,383.9 Tcf, an increase of more than 25%. When you pull out the coalbed methane numbers (which barely moved) and consider only traditional gas resources, the increase is even more dramatic, from 1,739.2 Tcf to 2,225.6 Tcf, a jump of 28%.

As might be expected, the increases were not even across the nation. By far the largest was in the Atlantic region, where resource estimates more than doubled since 2010. The Rocky Mountain region also saw a healthy 22.5% increase, while in the rest of the country the changes were minor, less than 4% up or down. Once again, it’s the Marcellus shale play, where production continues to climb, that is driving the changes.

When you add in the EIA proven reserves, the PGC’s estimate of total U.S. future gas supply rose from 2,202.4 Tcf to 2,688.5 Tcf—quite a significant increase for just two years.

So does that 22% increase mean we’ve now got a 122-year supply? Not exactly. Dividing resource estimates by current consumption rates, as I explained last year, is a highly inexact means of estimating the gas we “have left,” but if you insist on doing it, you need to account for the increased consumption since 2010 that’s been driven by lower prices. In 2012, according to EIA figures, the U.S. consumed 25.5 Tcf of gas, basically keeping pace with the increase in resource estimates.

Last year, of course, was a banner year for gas consumption after prices fell below $2/MMBtu. We’re on track for lower numbers in 2013—EIA figures for gas power burn, for example, are running a few Bcf/d below last year—but the reference case in the 2012 Annual Energy Outlook still projects consumption of 26.6 Tcf in 2035 (with a projected Henry Hub spot price of $7.37).

The point here, though, is not whether 100 years or 122 years or some other figure is the correct one, since projecting production and consumption trends that far out is impossible with any degree of accuracy. The important takeaway here is that we’re on a sustained upward trend of increased gas resources, one that has persisted now for almost 15 years.

It’s hard to call a trend like that—one supported by more than a decade of hard geologic data—a bubble. In my book, it looks more like a bank account, and one with a fat, and growing, balance.

In this issue of GAS POWER, we take a look at the state and future for one of the key roles gas-fired power has played in recent years: partnering with renewable generation. Gas’s ability to support intermittent wind and solar generation is well-known, but there are signs that synergy may flow in both directions. While peak output from renewables is at the mercy of the weather, the fuel is essentially free. That suggests, says a recent study, it may offer a valuable hedging role against future increases in the price of gas. Then there is the problem of what to do with excess renewable generation. The electrical engineers I’ve talked to tell me we’re still a long way from seeing meaningful, economic utility-scale storage via batteries or capacitors; right now, the only viable method is pumped storage, which is dependent on favorable geography. But a new technology under development may offer a completely different path: Turning excess renewable electricity into synthetic natural gas by combining it with captured CO2.

That’s the kind of win-win solution that could keep gas-fired power viable for a long, long time, no matter what direction the shale boom eventually goes.