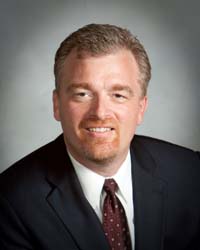 General Electric (GE) serves customers in more than 100 countries, giving it a unique global perspective of the power industry.

Peltier: What innovations in the company’s 2011 product line should we expect?

Browning: We are investing in a portfolio of new products and reinvigorating existing products. For example, we have upgraded our steam turbine product line with a series of new products that focus on new large fossil and nuclear plants and renewable energy markets.

We have also invested heavily in developing advanced gasification products as cleaner coal combustion and power generation projects emerge, although we are frustrated at the slow pace of policy implementation in the U.S. The world’s largest commercial-scale project using our integrated gasification combined-cycle (IGCC) technology to enter service is expected to be Duke Energy’s Edwardsport plant when it reaches commercial operation in 2012. Today’s IGCC technology is “carbon capture ready,” meaning that it can be retrofit with our Carbon Island should policy require a move in that direction later. We are also working on a pre-feasibility IGCC with carbon capture for storage project, the proposed Wandoan project in Queensland, Australia.

We also look for some movement forward in China toward adopting IGCC technology very soon. We are working on a front end engineering and design study with China Power Engineering and Construction Corp. right now. We expect to find the cost of IGCC (without carbon capture for sequestration) to be on par with unsubsidized wind farms, so we are also pushing for similar policy mechanisms for IGCC.

We have some real strengths in fuel flexibility in our gas turbines, as we continue to invest in our products like our E and B class gas turbines that customers use around the world for flexible applications.

We are also in the process of upgrading our Greenville, South Carolina, manufacturing plant to add the capability for full-scale validation of its next-generation gas turbines, heavy-duty compressors, and gas turbine systems. When completed, the test facility will enable a more-thorough full-scale validation of heavy-duty combustion turbines at the factory site and add the capability to validate a complete gas turbine system, duplicating conditions our customers experience at a power plant during operation. We also will have the ability to run variable-speed, variable-load tests to validate enhanced flexibility features. The first milestone of the advanced gas turbine test facility will be the completion of the compressor test stand. These expanded capabilities will bring GE’s investment in the facility to approximately $170 million.

Peltier: How have recent lower gas prices affected your company’s sales today, and what are your plans should the price of natural gas rise?

Browning: GE is technology agnostic, as we offer an entire portfolio of energy products. In some regions, such as the U.S. with recent shale gas finds, the preferred fuel mix today and in the coming years seems to be wind and gas. In other regions it might be nuclear or conventional coal-fired plants with a growing renewable component. The mix of technologies that makes sense today for a particular region is unique, so we have developed a range of products that will meet most customers’ energy needs. Our products are well positioned to be competitive regardless of a region’s energy mix.

A fast-growing sector within our renewable energy portfolio is offshore wind. In Western Europe, we’ve announced plans to invest approximately €340 million to develop or expand our wind manufacturing, engineering, and service facilities in the UK, Norway, Sweden, and Germany. At the core of GE’s European expansion plans is the development of GE’s next-generation wind turbine, a 4-MW machine designed specifically for offshore deployment. As the largest wind turbine in GE’s fleet, it will incorporate advanced drive train technology that eliminates the need for gearboxes and control technologies gained through GE’s recent acquisition of ScanWind. The technology is already being demonstrated at a test site in Hundhammerfjellet, Norway, where the first ScanWind direct drive unit has been operating for more than five years.

Peltier: What is GE’s perspective on the China and India markets?

Browning: We operate in a three-speed world when it comes to global marketing of power industry equipment and services. There are slow-growth countries, such as the U.S. and Germany, where infrastructure additions can take years to construct. Then there are those countries with fast growth, such as China, India, and the Middle East, where construction of new power generation facilities is viewed as indispensible for sustainable, long-term economic growth. The remainder, more-or-less, fall in the medium-growth category. The fast group of countries holds the greatest potential for revenue growth and is where GE has invested heavily in the past and will continue to invest in the future.

GE has been building energy projects in China for many years, has long-term working relationships with Chinese EPCs, and has an established supply chain. We have a number of partners and facilities in China—and around the world for that matter. We feel we can compete well against whoever shows up on the global playing field.

Peltier: What are some major barriers to doing business with governments or private entities in developing countries, and how do you deal with them?

Browning: We enjoy long-standing partnerships in China, as I just mentioned. Even so, we scrutinize each project opportunity to make sure our products are a good fit, the risk and rewards are reasonable, and to determine what the customer expects of GE. We localize content when economically possible, because it’s just good business, and maintain tight control of technology in other areas of different projects. We may also agree to some limited technology transfer, where appropriate. The requirements for every project are unique, so each project must be considered independently.

As an example, GE and Doosan Heavy Industries & Construction Co., Ltd. of South Korea recently completed a long-term agreement that extends our global cooperation in the development of next-generation nuclear and fossil steam turbines and generators. Most recently, we’ve designed and are producing a 1,455-MW steam turbine and generator for a next-generation nuclear plant, the world’s largest in a 60-hertz application.

Peltier: What, in your view, is necessary to inject some energy into the new plant construction industry in the U.S.? What is the biggest roadblock?

Browning: The most important attribute of the power industry that attracts investors is the seemingly unending growth in the demand for electricity. When electricity demand growth is flat, as it has been for the past couple of years, investors often look for better investment opportunities in other industries. We see the U.S. getting back on the path of demand growth, and in the not-too-distant future we expect to see increased activity in building new power plants.

Not all countries have experienced flat electricity growth. These “high-speed” countries include Saudi Arabia, where the demand for electricity has been increasing at a rate of 8% or more a year.

Saudi Arabia’s Industry and Electricity Ministry (SEC) estimates that the Kingdom will require up to 20 GW of additional power-generating capacity by 2019. To meet that growing demand, GE is supplying five steam turbines that will be used to convert SEC’s Qurayyah Open Cycle Power Plant’s 15 F-Class combustion turbines to combined-cycle operation. The plant output will be boosted by 1,241 MW to meet demand in the growing eastern regions.

Peltier: How are you attracting the next generation of engineers and technologists into the power industry?

Browning: GE is always recruiting the best young talent. We find the interests of new hires are much different from the past. Young people are excited about working in the renewables sector, but they also want to work on projects of national importance. In Iraq, for example, GE has been working on multiple projects the past three years that will add approximately 7,600 MW and effectively doubling the size of the country’s generating capacity and securing that country’s future economic growth. Projects such as this are very important work because they directly affect people’s lives.

Peltier: What are your three key predictions for the power industry in 2011?

Browning: From my perspective, I see the following: