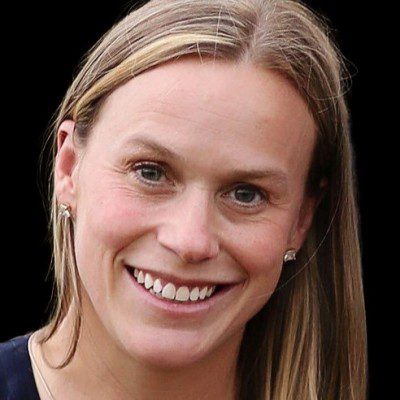 October 8th is National Hydrogen Day—chosen in a delightfully nerdy fashion as a nod to the atomic weight of hydrogen: 1.008. And while perhaps only the most devoted scientists are hosting parties, there is much to celebrate this year. Thanks to innovative industry partnerships and legislative action, green hydrogen projects all over the country are rapidly advancing toward significant financial investment to solve our biggest climate challenges.

America is on the forefront of a generational clean energy transition. Today, more than 20% of U.S. electricity generation comes from renewable resources such as wind, solar, and hydroelectric power; double what it was just a decade ago. Electrification of traditional fossil fuel–emitting sources like automobiles and household heating is beginning to scale.

But there are still major industries like shipping, refining, and steelmaking where batteries and electrification are not a viable solution for decarbonization at scale or over long distances. This is where green hydrogen offers a new clean energy opportunity.

Hydrogen as a fuel source is not new. Currently, hydrogen is used to refine petroleum and process foods, while hydrogen fuel cells power everything from military equipment to electric power grids. However, while hydrogen burns as a clean fuel source, the existing process to isolate it is anything but. It requires a lot of energy—energy derived from fossil fuels—and is extremely carbon intensive, generating more than 830 million metric tons of carbon dioxide each year.

But with the rapidly increasing capacity of renewable energy being developed, and the equally rapid cost reductions in the cost of such energy, there is a new opportunity to make hydrogen a truly green fuel. If hydrogen is mass-produced in a green, renewable capacity, it has enormous potential to combat climate change and reduce global emissions.

“Green” hydrogen, so called because the production process uses no fossil fuels and emits no carbon, is produced through a process where renewable electricity powers electrolyzers that create hydrogen. Hydrogen can be used in its gaseous form—but because it is diffuse and difficult to transport, it can alternatively be synthesized into a number of different clean fuels. These green fuels, such as e-methanol, e-kerosene, e-ammonia, and sustainable aviation fuel, can be used to replace fossil fuels and cut emissions in hard to abate sectors such as road transportation, shipping, and heavy industry. Just imagine replacing the 7,000 tons of diesel—more than 52,000 barrels—burned by a container ship on just one roundtrip voyage from Europe to Asia with clean, emission-less fuel. Now, multiply that by hundreds of ships and thousands of voyages a year, and the benefits to the climate begin to add up quickly.

One of the biggest obstacles to green hydrogen production has been its relatively higher cost compared to grey hydrogen—hydrogen produced with fossil fuels. But as renewable technology has matured in the U.S., the costs of renewable power generation has rapidly declined to the point where the cost of energy generated from new solar and onshore wind is comparable to that of new fossil fuel power plants.

Recent legislative action promises to further drive down the cost of green hydrogen. The Inflation Reduction Act provides an up to $3 per kilogram production tax credit for all hydrogen produced with electrolyzers powered by clean energy. This will allow the industry to rapidly scale up electrolyzer technology within the continental U.S. to mature and grow the industry with a significant positive impact on the cost of green hydrogen in the medium term. And the bipartisan Infrastructure Investment and Jobs Act contains $9.5 billion in clean hydrogen initiatives, including $8 billion for Regional Clean Hydrogen Hubs that will create jobs, grow the market, and expand the use of clean hydrogen in the industrial sector and beyond.

The other major obstacle to scaling green hydrogen and green fuels is the need for demand from offtakers—industrial customers who will use the fuel to replace fossil fuels. To jumpstart the cycle of supply and demand, private sector companies are forming innovative partnerships needed to make green fuels viable at scale.

Earlier this year, clean energy leader Ørsted signed an agreement with shipping giant AP Møller-Maersk to provide fuels derived from green hydrogen for 12 new Maersk container vessels that will be built to run on e-methanol. The commitment will see Ørsted build 1.2 GW of new renewable energy, the equivalent of roughly 400 new wind turbines, to power a facility on the Gulf Coast that will produce 300,000 tons of e-methanol per year for Maersk’s new vessels. The potential for emissions reductions is significant; Maersk estimates that its fleet of ships alone burn close to 12 million tons of fossil fuel per year. It’s a large-scale challenge that the companies are investing in together to solve.

Bold commitments and actions like these—from the public and the private sector—are exactly what we need to tackle the climate crisis and scale clean energy solutions for our hardest-to-abate sectors. So, this year, on National Hydrogen Day, we can celebrate the potential of H2—the smallest molecule on the periodic table—one that just may help us solve some of our biggest challenges.

—Melissa Peterson is the head of Power-to-X (P2X) North America for Ørsted, a global clean energy company. As a renewable energy leader in the U.S., the company’s clean energy assets and partnerships include offshore wind energy, land-based wind energy, utility-scale solar, and storage technologies, as well as P2X, green hydrogen, and e-fuels.