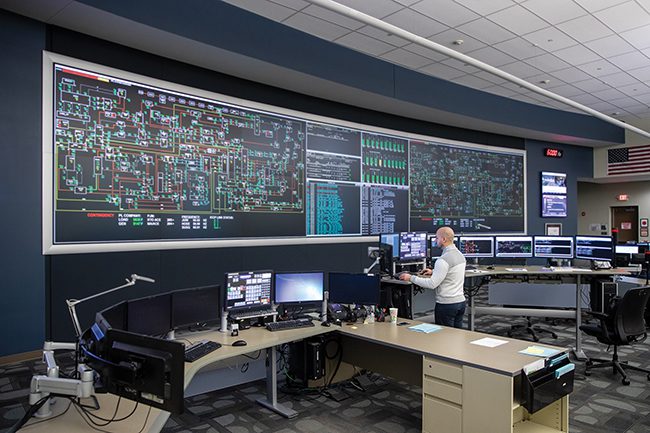 A Fault Isolation Service Restoration module, part of an Advanced Distribution Management Solution, has improved grid reliability, and reduced outages and outage durations, for customers of PPL Electric Utilities. The collaboration of cross functional teams within PPL Electric and a cultural shift in the field were keys to the success of the project—POWER’s 2022 Smart Grid Award winner.

Modern society relies heavily on electricity. As such, it’s a real drag when power is lost. The U.S. Energy Information Administration (EIA) reports that the average U.S. electricity customer experienced more than eight hours of electric power interruptions in 2020, the most since the agency began collecting electricity reliability data in 2013.

The numbers were inflated that year due to a bevy of hurricanes and major storms. When extenuating circumstances are excluded from the data, the average duration of interruptions customers experience is consistently about two hours annually. Many people would say that’s still too high, so power companies are constantly looking for ways to reduce outages and their durations.

One company that has taken outage reduction seriously is PPL Electric Utilities, part of the PPL Corporation family of companies. PPL Electric delivers electricity to more than 1.4 million homes and businesses in eastern and central Pennsylvania. The company’s roughly 2,000 employees serve customers in 29 counties, maintaining more than 50,000 miles of power lines.

FISR is facilitated through the deployment of sensors and switches across the grid. These smart devices allow the segmenting of customers into smaller spans. If an outage happens, the system can automatically reroute power around trouble spots to get most customers restored within seconds, keeping the outage contained without any human intervention. PPL Electric was the first utility to centrally integrate GE Digital’s FISR to automate restorations, and that network of smart devices, coupled with an advanced software system, has proven to be a solid investment, creating a self-healing grid that delivers improved reliability and stability.

Prior to the implementation of GE Digital’s ADMS, PPL Electric managed outages through a variety of means. Its previous outage management system utilized topology and paper maps. The fault locations were determined through either circuit patrols in the field or split-and-test processes. “Before building a self-healing system, our old process required our system operators to manually identify the proper switchings and then dispatch line crews to execute the transfers locally in the field. In addition to relying heavily on human intervention, it was a lengthy process to restore power to our customers,” Bashar Jarrah, manager of Operations Engineering and Energy Resource Management at PPL Electric, told POWER.

The new process provided more visibility on the fault locations for the operators, who are now able to identify the locations quickly and use the knowledge to make more intelligent operational decisions. Additionally, operators are now able to remotely execute the switching steps via telemetry, thus reducing the duration of restoration from an average of two hours to about two to three minutes with FISR. This also minimizes the number of customers impacted by outages.

Jarrah described how a possible real-life fault scenario might unfold. “If a feeder circuit breaker trips due to an equipment failure or a tree falling on a section of power line, the smart devices that exist between the circuit breaker and the fault location will sense a fault current. That information is sent back to ADMS. Additionally, the devices downstream of the fault indicate they did not sense a fault current, which is also relayed back to ADMS,” he explained. “Meanwhile, ADMS autonomously creates a plan to open the last device that sensed fault current and open the first device that did not, then close the feeder circuit breaker and a tie to the neighboring feeder. This reroute of power keeps as many customers in service as possible while we take care of the repairs.”

PPL Electric estimates the system has saved about 1.4 million customer outages since its deployment (Figure 1). It says customers today have 30% fewer outages than they did 10 years ago, and recent statistics are proving to be even better. PPL Electric said in 2021 it reduced the total number of outages by 34% compared to the average over the past five years, a further testament to the value of smart grid improvements.

A Long Road Worth Traveling

To maximize benefits from its investments, PPL Electric focused on completing the bulk of its annual smart grid work before storm season each year. Furthermore, because several steps are often needed to accommodate installation, commissioning, and configuration of each device in the field, project managers and planners worked hard to develop innovative methods and streamlined processes to reduce many tasks into a single trip to the field. This led to improved efficiency and reduced costs.

“The biggest challenge was updating our infrastructure and getting all devices, including legacy equipment such as breakers and reclosers, to participate in the scheme alongside the advanced technology,” Jarrah said. In the end, however, the benefits have extended beyond simply minimizing unplanned outages. “Installing the devices in a strategic methodology allowed us to utilize the new sectionalizing devices during planned maintenance activities as well, which expedited restorations and improved process efficiency.”

PPL Electric’s smart grid is also improving data and analytics, bolstering other reliability efforts. The data helps PPL Electric make informed decisions about maintenance and investments. Other benefits include the ability to pinpoint issues, allowing the dispatch of crews to exact locations; a Distributed Energy Resource Management System (DERMS) that can monitor two-way power flow; and advanced meters that enable customers to see usage. PPL Electric is using its advanced technology to build the grid of the future, one that is likely unrecognizable to utility workers of past generations.