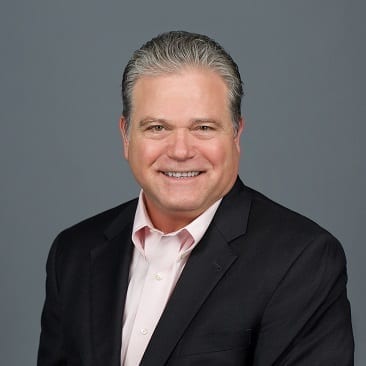 The start of a new decade marks a critical moment for utilities. As the pace of change accelerates, industry leaders are facing choices that will determine which companies prosper in the new competitive landscape and which languish as slow-growth commodity businesses.

West Monroe’s 2020 Energy and Utilities Outlook provides a guide to planning for a future dominated by distributed energy resources (DERs), energy storage, and renewable and clean energy resources. The future starts now. Executives can expect to grapple with the following issues and trends in 2020.

The DER Age Has Begun, Led by Electric Vehicles

There is a growing need to embrace DERs, ranging from smart thermostats to solar and energy storage, and electric vehicle charging stations. Fifteen percent of respondents to the West Monroe survey said that renewable energy powers their home, up fivefold from 2015. More than 100 U.S. cities and four states have committed to 100% carbon-free or renewable energy goals, and six cities have already achieved their targets.

For most operators, DERs are still too distributed, and in small numbers, to have a material impact on the grid, but that is quickly changing. The rapid rise of electric vehicles (EVs) will have perhaps the most significant impact. By 2030, nearly 10 million charging stations across the country will be needed to power vehicles.

This creates a significant revenue opportunity for utilities and third-party providers. Flexible EV loads can lead to greater grid utilization. However, a workplace with 30 chargers could see a peak EV load greater than 1 MW. Without a well-organized process for managing this, EV growth alone could compromise grid reliability.

The New Utility Model Will Be Airbnb for Electrons

As more customers generate and store energy, innovative utilities will become more like digital-age services platforms, providing an efficient marketplace for electrons akin to Lyft or Airbnb. Utilities that adapt will thrive in the future; those that don’t will risk being relegated to commodity producers.

For many utilities, the shift to a platform model will require a change in mindset and regulation. West Monroe’s survey found that only 40% of utilities see DERs as an opportunity. These will be the businesses with the foresight to succeed.

Grid Modernization Will Be Complicated by Regulatory Uncertainty

U.S. utilities will spend some $500 billion over the next five years on infrastructure improvements. As they plan for these investments, utilities will grapple with novel mandates and regulatory uncertainty.

In several states, utilities must now consider non-wire alternatives before investing in new infrastructure. Other states are implementing performance-based rate mechanisms that favor distributed resources and load reduction. But such clarity is the exception. While one-third of utilities want to operate under performance-based regulation 10 years from now, only 14% expect it to happen.

Cyberthreats Will Intensify and Utilities’ Defenses Must Get Stronger

Fifty-six percent of utilities reported at least one shutdown or operational data loss annually, and a quarter said they have been impacted by “mega-attacks with expertise developed by nation-state actors,” but only 31% are “fully prepared” to respond to such threats. Meanwhile, new technologies are exposing utilities to greater vulnerabilities.

High-performing utilities understand that fighting the threat involves every employee. They are boosting employee awareness of the risks and precautions. However, at many utilities a variety of factors impede progress, including insufficient budgets, a lack of centralized reporting, and disparities between information technology (IT) and operational technology (OT) capabilities. Additionally, staffing cybersecurity departments remains a major challenge.

Winning the War for Talent Will Be the Linchpin of Success

Meeting the challenges outlined here and addressing evolving customer expectations will require utilities to retain top talent, including data scientists, engineers, and analysts. The utility of the future cannot be built by workers of the past unless they are agile learners. Utilities need to upskill promising employees and redefine roles to promote flexibility, teamwork, innovation, and employee engagement to match top talent’s expectations.

Only 6% of utility executives believe their utility is excelling at recruiting technical talent. Well-staffed utilities will be able to leverage data, integrate the internet of things (IoT), and become the platform business of the future. The rest risk becoming low-growth wire-and-cable businesses.