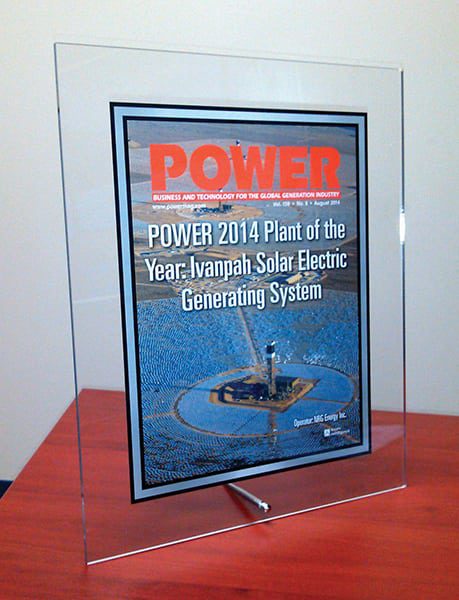 What motivates you? Is it mostly the paycheck you earn from your work in the power industry? Friendships with your coworkers? How about winning awards?

I’m very proud of our small but savvy and productive editorial staff, which includes two associate editors (Sonal Patel and Tom Overton) who, over the past two years, have been finalists for Neal Awards, the most prestigious awards given to editorial staff at business-to-business publications, and a third associate editor, Aaron Larson, who is currently a finalist for an Azbee award. But awards aren’t what we work for day to day. What gets me to my desk early each morning is knowing that the power industry is fundamental to the work that everyone around the world does—from doctors who rely on electricity to power operating room lights and laser surgery tools to teachers who depend upon properly heated, cooled, and illuminated classrooms.

Awards are nice to win and brag about, but at POWER we do more than give our award winners an attractive physical award. We also have a tradition of sharing the details of award-winning projects in feature stories so the entire industry can learn about trend-setting, best practice–exemplifying, and uniquely interesting projects. This issue begins our 2015 award coverage and features four special projects that everyone can learn something from.

You may not operate a coal-fired power plant like SaskPower, but you can learn from this Canadian utility—which won our Plant of the Year Award for the world’s first full-scale post-combustion carbon-capture process on a coal-fired power plant—about the value of collaborative research and development and the value of investing in open communication about first-of-a-kind efforts.

I toured the site in late May, and even as a non-engineer, I found the entire facility fascinating. Six hours flew by. I only regret that there wasn’t enough space to detail all the work that went into successful completion of this landmark project.

Some of you who work with hundreds-of-megawatt plants may think that industrial power and cogeneration systems are small and dull, but our Reinvention Award winner, Colorado Energy Nations, proves that no project is too small to do right. It also demonstrates that smaller firms can deliver sound solutions to environmental and market challenges that are shared by everyone in this industry. (If you need more incentive to read that story, the revitalized power plant is at a famous Colorado brewery.)

This is also a good opportunity to recognize that a large number of our subscribers and advertisers are affiliated with industrial or captive power plants. As regulatory, resource, and economic pressures increase on all generators, we’re planning to cover such projects a bit more regularly. If you are an operator of or vendor to outstanding, trend-setting industrial power projects that others can learn from, send me a pitch at gailr@powermag.com or nominate a stellar project for one of next year’s awards.

Nearly every power plant has some sort of water-related concern these days, which makes sharing innovative solutions increasingly important. The constraints faced by Tampa Electric Co.’s Polk Power Station may be site-specific, but its approach sets an example for the type of holistic thinking that is becoming increasingly important. The multiple benefits achieved by this project earned it this year’s Water Award.

If you look at our previous Smart Grid Award winners, you’ll see just how quickly basic elements of a smart grid—especially smart meters and distribution automation—have become standard operating practice. As a magazine for the power generation sector, we’re especially interested in ways that smart grid technologies and projects touch the generation piece of the grid. We’re also looking for projects that move the whole industry forward in some way. That’s why this year’s Smart Grid Award goes to a small microgrid project that is essentially four connected smart grids. Oncor developed its fast-track project both to ensure reliability to a key facility and to serve as a demonstration project. As it looks ahead, this Texas transmission and distribution utility sees that it may be interacting with or developing similar microgrids for its customers in the near future.

The winners of this year’s four major awards are North American, but the next four issues, which cover our Top Plants winners in gas, coal, nuclear, and renewable categories, include a mix of projects from a wide variety of locations around the world.

For each award category, the editorial team looks first at all nominations. If we do not find sufficient noteworthy or interesting projects in the nominations, we look at our own lists of projects that have come to our attention over the year and may add to the list of winners. However, with the hundreds of emails we receive each day, you can’t be sure we’ll notice your outstanding work, so plan ahead to nominate exceptional projects that the rest of the industry can learn from. You’ll find nomination forms for 2016 awards online now at powermag.com/power-awards. ■