It’s déjà synfuels all over again. With crude oil prices seemingly interminably pegged at over $60 a barrel, the old, beguiling notion of turning coal into liquid fuel — a task accomplished by the Nazis in the 1940s and the South Africans in the 1970s and 1980s — is once again front-page political news in the U.S.

Those with gray beards and long memories will recall Jimmy Carter’s push in 1979 for an $80 billion program to produce synthetic liquid fuels from solids — coal into diesel and other liquid fuels, and oil shale into liquid crude (Figure 1). Congress responded by enacting the 1980 Energy Security Act, creating the U.S. Synthetic Fuels Corp. (SFC). The SFC crashed and burned (emitting no carbon dioxide emissions, although plenty of hot air, in the process) in 1985, the victim of bad economics, faulty politics, and bureaucratic mismanagement. Few lamented its demise. 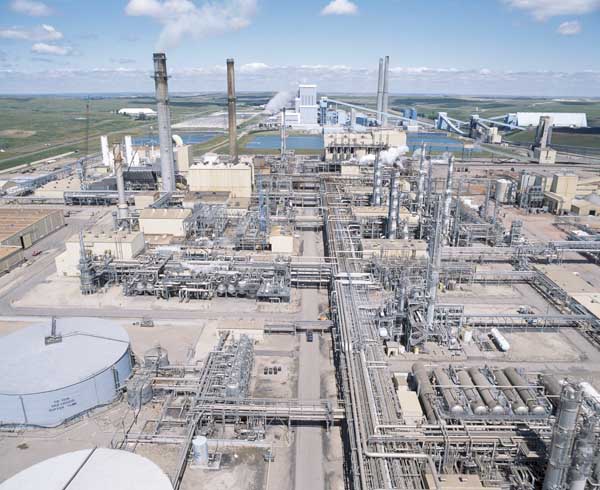 1. The North Dakota Gasification Great Plains Synfuels Plant was originally funded during the Carter years to make synthetic natural gas. It is hte only commercial-scale U.S. synfuels project to have produced gas from coal. Courtesy: DOE/NETL

Now it’s back to the future, as the coal industry has mounted a multimillion-dollar lobbying campaign for government subsidies to turn its favorite energy resource into liquid fuels. Legislators and their staffs (and various lobbyists) are now writing new bills in the House and Senate, and the industry is making sure it can drill and blast into their language to support a coal-to-liquids (CTL) program.

Ironically, at the time of Carter’s program, the National Coal Association (NCA, since absorbed into the National Mining Association, which includes hard-rock mining companies) vigorously opposed it. Led by policy analyst Glenn Schleede and the late Carl Bagge, NCA chief, the coal lobby said the initiative would distort markets.

The New York Times, in a rather breathless but quite complete article on May 29, reported on the coal industry’s new synfuels initiative. Among the big shots identified as pushing for subsidies for new coal technologies was Rep. Nick Joe Rahall (D-W.Va.), chairman of the House Resources Committee and long a champion of the dominant coal interests in his district. The article quoted Rahall as saying, "For so many, filthy coal is a dirty four-letter word. These individuals, I tell you, have their heads buried in the sand." Knowing Rahall, I suspect he really said the opponents have their heads buried elsewhere, in their anatomy.

Rep. Rick Boucher (D-Va.), whose congressional district lies across the state line from Rahall’s but is geologically indistinguishable, is drafting the energy legislation for the House Energy and Commerce Committee. Boucher said that "financial uncertainty" inhibits investment in CTL plants. The subsidies being advanced surely ought to address the uncertainty.

The Times article said that provisions in the House bill, which has not yet formally surfaced, would provide for loan guarantees for up to 10 CTL plants, a 51 cents/gal tax credit for coal-derived liquids sold through 2020, government bailouts for CTL plants if crude oil prices fall below $40/bbl, and requirements that the U.S. Air Force sign 25-year contracts to buy nearly 1 billion gallons annually of coal-based jet fuel.

Back in the 1980s’ synfuels hysteria, the major tool of the quasi-governmental SFC was loan guarantees. They didn’t work, because the price of crude slid and then crashed in the mid-1980s. (Ironically, one of the finalist technologies in the dying days of the SFC was a project to take peat and turn it into a "clean-burning solid fuel," or syncoal.)

How serious are the coal companies in pushing for CTL subsidies? St. Louis – based Peabody Energy, long a bastion of Republican industrial policy, has hired former Democratic Rep. Richard Gephardt, House majority leader from 1989 to 1995, as a lobbyist. Arch Coal, another major coal producer also based in St. Louis, says it is supporting CTL funding.

Among Senate backers, according to The Times, are Illinois Democrat and presidential hopeful Barack Obama and Kentucky Republican Jim Bunning, a baseball Hall of Fame pitcher. Democratic front-runner Hillary Clinton has yet to be heard from, because New York has no significant coal production.

Peabody is likely paying Gephardt more than a million dollars to lobby for the coal company, according to Washington sources familiar with what lobbyists get paid these days. According to the PoliticalMoneyLine web site, a project of Congressional Quarterly, the coal industry spent $6 million on lobbying in 2005 and again in 2006. That’s three times what it spent annually from 2000 to 2004.

For Peabody, the advantages of a federally guaranteed CTL industry go far beyond simply the value of near-term coal sales. Federal market support would dramatically boost the value of the company’s reserves, Peabody told an industry conference two years ago. The boost in valuation would lower both the company’s credit risk and interest costs on servicing its debts.

Although the Bush administration has not taken a formal position on CTL subsidies, a recent Department of Energy study is advancing the cause of the technology’s advocates. The study — Baseline Technical and Economic Assessment of a Commercial Scale Fischer-Tropsch Liquids Facility — finds that sustained crude oil prices of greater than $37/bbl could make CTL plants economical in the U.S.

Stressing that it is part of a feasibility study and that much more analysis is needed, the DOE report’s base case, tied to a crude oil price of $61/barrel, provides a healthy 19.8% return on investment. "At crude oil prices greater than $37/bbl, the project would achieve ROIs greater than 10%, and a 15% ROI can be achieved at crude oil prices greater than $47/bbl," said the report. That would make CTL plants much better investments than pulverized coal – fired baseload plants. Federal loan guarantees, the report notes, could boost the ROI to more than 30% and shorten its payback period to well under five years.

The total cost of a 50,000 bbl/day CTL plant would be $3.65 billion, the DOE report concluded. "Total capital costs, including working capital, start-up costs, and owners costs, are $4.07 billion. Adding allowances for financing costs results in a total project cost of $4.53 billion."

… and an Old Design…

Using 25,000 tons/day of midwestern high-sulfur bituminous coal (the kind that Peabody has in abundance), the reference plant would produce 22,000 bbl/day of liquid naphtha for shipment "to a refinery for further upgrading to commercial-grade products or for use as chemical feedstock." The plant would also produce 28,000 bbl/day of diesel fuel — some of which could end up in power plants.

The reference CTL plant in the DOE feasibility study would also produce electricity: "124 MW, which can be exported to the grid." The plant would also produce 612 tons of elemental sulfur per day and more than 32,481 tons per day of captured carbon dioxide.

In a press release, the DOE observed, "The price of coal-derived liquid fuels has traditionally been unable to compete with the price of fuels derived from crude oil. As oil prices continue to rise, however, domestic sources of transportation fuels are becoming more affordable. The economic and national security concerns related to non-domestic liquid fuels have more eyes turning to alternative sources of liquid fuels, and, with coal being America’s most abundant energy resource, CTL facilities may provide a winning option."

Rep. John Shimkus (R-Ill.) told the Associated Press, "I am pleased that a real financial study by DOE has shown that a coal-to-liquid facility can be a reality. The facts are that we need additional fuel supply." His south-central Illinois district includes much of the state’s high-sulfur bituminous coal that would be the feedstock for the DOE reference case.

… and the Same Old Nay-sayers

All this interest in coal liquids is, of course, driving many environmentalists nuts. They were major and successful participants in the self-immolation of the SFC in 1985 and never expected to see the ghosts of synfuels past come back to haunt them. Peter Altman at the National Environmental Trust, who was not a participant in the mid-1980s synfuels battles (the group didn’t exist at the time), told The Times that CTL is "the snake oil of energy alternatives. The promises are just as lofty and the substance just as absent as the first snake oil salesmen who plied their trade in the 1800s."

The first synfuels boom came in the 1950s, when the U.S. Bureau of Mines, part of the Interior Department, put a lot of effort into oil shale technology. That included a major pilot project in Rifle, Colo. The economics doomed the effort. The problem with oil shale has always been materials handling. It takes more energy and money to move around the shale and the rock residue than it yields in syncrude.

The second synfuels boom of the 1980s ran into the same economic conundrum. Coal liquids were far out of the economic arena. Oil shale was more promising, but some wags noted that oil shale was a "forever fuel," in that it was always economic when crude oil prices increased $8/bbl, regardless of the current price of oil.

Today, there is renewed interest in oil shale and, now, in coal liquids. Whether Congress can stomach the hefty subsidies need to bring either technology to commercial markets is untested. Nor is it certain that the policy measures being advanced for CTL technology are either necessary or sufficient.