The Georgia Public Service Commission (PSC) on July 16 threw its support behind Georgia Power’s plan to add 2,260 MW of new renewable power generation to the utility’s portfolio, on the same day the PSC signed off on the company’s effort to decommission its long-running coal-fired Plant Hammond. 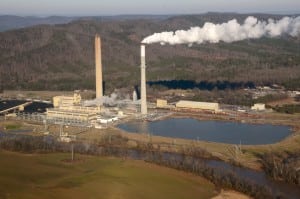 The 865-MW Plant Hammond in Floyd County, Georgia, was named in honor of William Phin Hammond, a Georgia Power employee “who was responsible for the design and construction of all the company generating units for more than 40 years,” according to the company. Georgia Power is closing the plant as it continues to move away from coal-fired generation. Courtesy: Southern Company

Georgia Power earlier this year submitted a new Integrated Resource Plan (IRP) to state regulators that included a call to close Plant Hammond, which came online in 1954. The 865-MW plant, located west of Rome, Georgia, had slashed its workforce in the past few years. Plant Hammond was named in honor of William Phin Hammond, a Georgia Power design engineer who was responsible for the design and construction of many of the company’s power plants for nearly 40 years, according to the utility.

The plan approved Tuesday by the PSC includes the addition of new solar, wind, and/or biomass generation, along with energy storage. The plan would increase Georgia Power’s renewables portfolio by 72% by 2024. It authorizes the utility to own and operate 80 MW of battery energy storage.

“Working with the Georgia PSC, we are positioning Georgia as a leader in the Southeast in battery energy storage, which is critical to growing and maximizing the value of renewable energy for customers as we increase our renewable generation by 72% by 2024,” said Allen Reaves, Georgia Power’s senior vice president and senior production officer, in a news release. “Through the IRP process, Georgia Power will continue to invest in a diverse energy portfolio including the development of renewable resources in a way that benefits all customers to deliver clean, safe, reliable energy at rates that are well below the national average.” 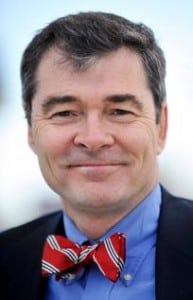 Tim Echols, vice chair of the PSC, in a statement said, “Adding solar the ‘Georgia way’ has been great for our ratepayers and our grid. This comprehensive energy plan provides technology advancements, energy efficiency, and a record-breaking acquisition of cheap utility-scale solar.”

Moving Away from Coal

Georgia Power has said it could develop a solar project on top of closed coal ash ponds at the Hammond site. The utility is continuing to move away from coal-fired generation, with the closure of Hammond and the official closure of the last coal unit at its Plant McIntosh in Rincon, Georgia, near Savannah. McIntosh will continue to operate two natural gas-fired units at the 1,240-MW facility. Georgia Power officials previously said it would be too costly to convert Plant Hammond to natural gas.

Environmentalists have praised Georgia Power’s decision to close coal units, though they also say the utility is not moving fast enough to install renewable energy capacity.

Stephen Stetson, senior representative for the Sierra Club’s Beyond Coal campaign in Georgia, in a statement said: “Our expectations for Georgia Power are much higher than what’s in this final plan. Although this result is more than the company first proposed, it’s still much less than Georgia needs. Throughout the hearing process, we heard credible expert testimony push for double, triple, even 10 times the amount of solar proposed in this plan. It’s disappointing to see Georgia Power stagnate on Georgia’s booming solar potential. And even with the smart, and overdue, coal retirements at Plants Hammond and McIntosh, this plan is still far too slow in getting rid of dirty power plants.”

Bryan Jacob, solar program director at The Southern Alliance for Clean Energy, in a statement said: “We had high hopes for this IRP. Chairman [Bubba] McDonald and the rest of the PSC unanimously moved to more than double the amount of solar initially proposed by Georgia Power for its three-year plan. Georgians can now look forward to the benefits of receiving more of their energy from renewable energy resources like solar. McDonald also surprised many by successfully leading a modest increase in Georgia Power’s energy efficiency programs. Yet there were a number of other valuable recommendations that were left in the shadows, and Georgia Power’s resource planning process remains in need of modernization.”

Georgia Power has said it wants to increase its renewable power generation to 5,390 MW by 2024, while increasing total renewable capacity to 22% of its portfolio. The utility also plans to increase its use of nuclear power, which includes two new reactors at Plant Vogtle (the world’s first full accident-tolerant fuel assemblies were installed on Unit 2 at Vogtle earlier this year), and reduce its use of natural gas. Gas-fired power generation accounts for about half the utility’s energy mix today; the utility wants to cut that to about one-third of its portfolio by 2024.

PSC Commissioner Jason Shaw, who made the motion at Tuesday’s hearing to add 50 MW of biomass generation to the IRP, in a statement said: “Georgia has a vast timber industry that has seen recent challenges from Hurricanes Michael and Matthew. We saw resources literally rot on the ground that could have been used as fuel for energy generation. Biomass energy helps both the timber industry plus rural Georgia, where jobs in biomass plants would provide stable employment in much needed areas.”