The German-Dutch grid operator TenneT has commissioned Siemens Energy to supply three grid stabilization systems for the German power grid. Such solutions are necessary because conventional power plants not only generate electricity but also automatically stabilize the grid (via their physical behavior). As more and more conventional power plants are taken off the grid and replaced by electricity from decentralized renewable energy sources as part of the energy transition, transmission system operators will have to find alternative solutions to transport more energy while maintaining overall stability. Two of the three systems are synchronous condenser. A synchronous condenser essentially consists of a generator and a flywheel. The generator sets the flywheel in rotation. As a result, kinetic energy is stored that can then e.g. feed active power into the grid for stabilization when needed. Siemens Energy will build the synchronous condenser in Großkrotzenburg (Hesse) and Würgassen (North Rhine-Westphalia). TenneT is currently modernizing the substation in Würgassen, followed by Großkrotzenburg in the next years, to make them fit for the energy turnaround as important network hubs.

The third of the three solutions is a technological premiere: the world’s first reactive power compensation system with supercapacitors (Static Var Compensator Frequency Stabilizer; SVC PLUS FS for short). It will use short-term storage in the form of supercapacitors. The supercapacitors are able to counteract fluctuations in the grid frequency either by actively charging themselves for a short time, thereby withdrawing up to 200 megawatts from the grid, or by feeding the stored power into the grid. This enables the SVC PLUS FS to respond to fluctuations in the grid much more quickly than conventional battery storage solutions. It also requires a third of the space. Siemens Energy will build the solutions in Mehrum in Lower Saxony. This state produces by far the most onshore wind energy in Germany, and here in particular, grid expansion is an important prerequisite for a reliable power supply. The three systems are scheduled to be commissioned in 2025.

Tim Holt, Member of the Managing Board at Siemens Energy: “The main strength of the European power grid is its resilience. It guarantees security of supply, which also guarantees prosperity. To ensure that this remains the case in the future, investments in grid stability are extremely important. Here, too, there’s no time to lose, because the energy transition isn’t just a matter of replacing fossil fuels with renewables. Ultimately, electricity also has to be reliably delivered to consumers’ outlets. That’s also the motivation behind this project.” 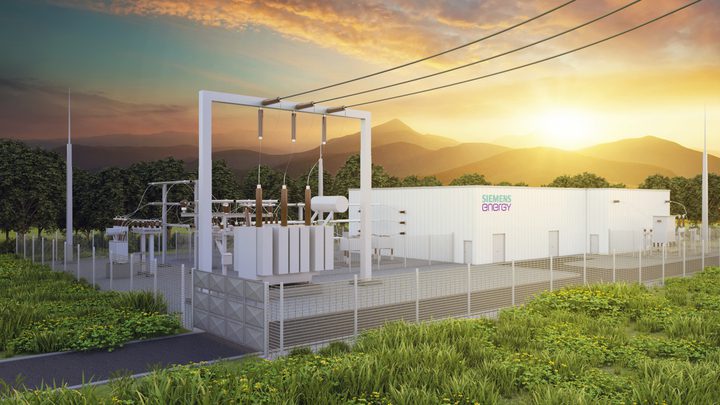 Siemens Energy is one of the world’s leading energy technology companies. The company works with its customers and partners on energy systems for the future, thus supporting the transition to a more sustainable world. With its portfolio of products, solutions and services, Siemens Energy covers almost the entire energy value chain – from power generation and transmission to storage. The portfolio includes conventional and renewable energy technology, such as gas and steam turbines, hybrid power plants operated with hydrogen, and power generators and transformers. More than 50 percent of the portfolio has already been decarbonized. A majority stake in the listed company Siemens Gamesa Renewable Energy (SGRE) makes Siemens Energy a global market leader for renewable energies. An estimated one-sixth of the electricity generated worldwide is based on technologies from Siemens Energy. Siemens Energy employs around 91,000 people worldwide in more than 90 countries and generated revenue of around €28.5 billion in fiscal year 2021. www.siemens-energy.com.

Siemens Energy is a trademark licensed by Siemens AG.