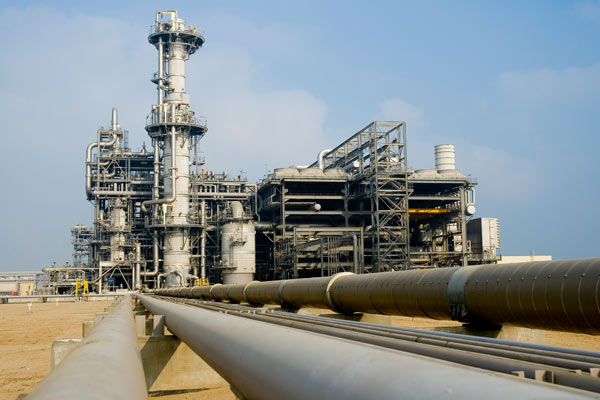 Two announcements less than 24 hours apart last month gave strong signals that the Obama administration may be intending to leave its green allies behind and side with the natural gas industry in its planning for the nation’s energy future.

On May 15, the Bureau of Land Management (BLM) announced revisions to its proposed regulations covering hydraulic fracturing on federal and Indian lands. The rules, announced in draft form last May, would update controls for fracking in areas under BLM jurisdiction. The original draft drew a mixed response, with both industry and environmental groups finding something to dislike.

The revised version released last month, however, provoked quite a different response.

In a press release sent out shortly after the revisions were made available, Michael Brune, executive director of the Sierra Club, declared that the group was “alarmed and disappointed by the fundamental inadequacy” of the new proposal. Even the Environmental Defense Fund, which has taken a far more conciliatory posture with respect to fracking, was unimpressed, accusing the BLM of “phoning it in.”

The American Petroleum Institute (API) by contrast, while still questioning a need for the rules at all, acknowledged that the changes “attempt to better acknowledge the state role.” In a media briefing, spokesman Erik Milito said, “Each time a new draft has come out, we believe it’s moved in a positive direction.”

The different reactions stem in large part from the changed posture of the rules. While the original version envisioned an entirely federal framework, the revised version defers to the states in a number of respects, as well as pointedly drawing on state regulations for guidance.

Where state rules “meet or exceed the effectiveness” the federal standards, the BLM can issue a variance allowing those rules to control. In addition, the framework adopts the chemical disclosure approach enacted in a number of states, allowing drillers to report chemical information through the industry-sponsored website FracFocus.

Significantly, it adopts the trade secret protection approach used in Colorado, allowing drillers to submit an affidavit asserting exemption from disclosure. The original draft had no provision for trade secrets, requiring all chemicals used to be disclosed to the BLM. The changes include a number of other provisions sought by the industry that streamline reporting and compliance.

The standards for cementing wellheads are somewhat relaxed, allowing a variety of logging methods to determine wellhead integrity; initially, only one method, cement bond logging, was permitted. This, the BLM said, “is generally consistent with the API’s guidelines for well construction and well integrity.”

One element, at least, was welcomed by environmental groups, concerning the storage of flowback fluids. While the current draft does not change existing rules allowing lined pits, the proposal seeks comments on “the costs and benefits of requiring flowback fluids to be stored only in closed tanks.”

The new proposal is open for a 30-day comment period. The BLM said it received more than 177,000 comments on the first version.

The very next morning, the Department of Energy announced that it had approved Freeport LNG’s application to export liquefied natural gas (LNG) from its existing import terminal in Freeport, Texas, to countries without a free trade agreement with the United States. Freeport joins Cheniere’s Sabine Pass terminal as the only two facilities with such an authorization. The DOE approved Sabine Pass last April, but later announced a moratorium on further exports while it conducted a study of the issue.

The possibility of large-scale exports drew opposition from a number of environmental and industry groups as well as congressional attention. The concerns included increased gas prices (a threat to petrochemical manufacturers and local distribution companies) and increased demand for natural gas leading to increased development via fracking (the main concern of environmentalists). The DOE ultimately received more than 190,000 comments on the issue.

In December, the DOE released a report by NERA Economic Consulting that found LNG exports would have net economic benefits across all scenarios and that the benefits would be highest with unlimited exports. In the Freeport LNG decision released on May 17, the DOE essentially adopted the NERA study and conclusions in toto.

“[W]e find that the exports proposed in this Application are likely to yield net economic benefits to the United States,” the decision said. “We further find that granting the requested authorization is unlikely to affect adversely the availability of natural gas supplies to domestic consumers or result in natural gas price increases or increased price volatility such as would negate the net economic benefits to the United States.”

The Natural Gas Act (NGA) requires the DOE to grant an export permit unless it finds the proposal to be not “consistent with the public interest.” In the application, the DOE considered the various arguments advanced by export opponents and found them either insufficient or outside the scope of its required analysis. In general, it found that supplies of gas are likely to be abundant enough that the market can adjust for exports without significant negative impacts. Further, it pointedly noted—as a number of commenters have argued—that any increases in domestic gas prices will exert negative pressure on exports, potentially choking them off altogether.

Though the decision produced the expected praise from the gas industry and criticism from environmentalists, one odd reaction came from the lobbying group America’s Energy Advantage (AEA), a coalition of manufacturers and petrochemical companies that was formed in January to oppose LNG exports. The AEA released a statement saying it was “pleased” with the decision to approve Freeport and to “consider other permits on a case-by-case basis.” This latter element is something the DOE has no choice about, as there is no provision in the NGA for a blanket approval of LNG exports.

Perhaps the most notable element of both announcements was the lack of drama in their release. Neither was accompanied by any sort of fanfare or press conferences, let alone White House involvement. Both the Senate Energy and Natural Resources Committee and several House committees have been holding hearings on LNG exports, and Senate Energy chairman Ron Wyden (D-Ore.) has repeatedly expressed reservations about an unlimited approach.

Congressional opponents of LNG exports expressed annoyance at the announcement, suggesting they felt the evaluation process was far from over.

Representative Ed Markey (D-Mass.), ranking member of the House Natural Resources Committee and a vociferous export opponent, said in a statement that the DOE “still doesn’t even know what the impact of natural gas exports will be on domestic businesses and consumers, but they are approving more exports anyways.” Markey insisted a “robust debate” was still necessary.

Still, the ink was scarcely dry on the Freeport approval when newly confirmed Energy Secretary Ernest Moniz said he would delay any further decisions until he has a chance to review the various studies the DOE has conducted. Interestingly, Moniz expressed concern that the data used was outdated—a criticism the approval opinion expressly considered and rejected.

It’s unknown what the administration may be telling congressional Democrats behind the scenes, but the low-key approach suggests an intent to move forward without drawing undue attention and without allowing discussions in Congress to get in the way. It also suggests the long-awaited decision on the Keystone XL tar sands crude pipeline—expected to come soon—may be delivered in a similar fashion, and to similar reactions.