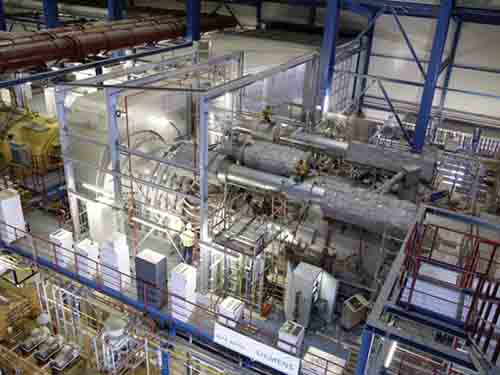 2.     Bright and burly. Siemens Energy has wrapped first-phase testing of its H-class SGT5-8000H gas turbine at E.ON’s Irsching 4 gas power plant in Bavaria. Results suggest that rated output for the 50-hertz turbine has increased to 375 MW from 340 MW in simple-cycle duty. Courtesy: Siemens

3.     Stepping on the gas. GE Energy recently introduced an upgraded version of its 7FA gas turbine. GE claims that a typical power plant operating two new 7FA gas turbines with a single steam turbine in combined-cycle configuration would achieve a fuel cost savings of more than $2.1 million per year at a natural gas price of $6 per mmBtu when compared to a similar plant with an earlier version of the 7FA. Courtesy: GE Energy