German researchers in February said they had developed the first-ever biogas plant to run purely on waste instead of edible raw materials (Figure 7). The team from the Fraunhofer Institute for Ceramic Technologies and Systems IKTS (Institut Keramische Technologien und Systeme) in Dresden said that the plant, which uses a fuel cell to convert the gas into electricity, exclusively uses agricultural waste such as corn stalks — and it generates 30% more biogas than conventional plants. 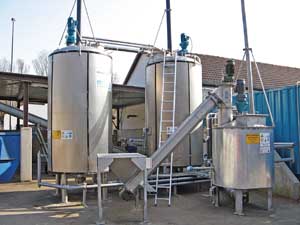 Figure 7. Stepping on the biogas. German researchers have developed a 1.5-kW biogas pilot plant that runs purely on waste, such as corn stalks, instead of edible raw materials. By diverting the gas into a high-temperature fuel cell that operates at 850C (1,562F), and which could directly be used for heating, the scientists say that the plant generates 30% more biogas than conventional plants. Courtesy:Fraunhofer-Gesellschaft

Until now, biogas plants have only been able to process a certain proportion of waste material, as waste tends to be more difficult to convert into biogas than pure cereal crops or corn, for instance. The team’s finding could put to rest concerns that generating electricity from biogas uses valuable food sources.

The researchers said that their pilot plant could also reduce times for which decomposing waste material, or silage, is stored by 50% to 70%. Biomass is usually stored in the fermenter while building biogas for 80 days. Using a pretreatment developed in the team’s laboratories, this process will now only take 30 days in the new plant. "Corn stalks contain cellulose which cannot be directly fermented. But in our plant, the cellulose is broken down by enzymes before the silage ferments," explains IKTS department head Dr. Michael Stelter.

The team also claims to have optimized the conversion of biogas into electricity by diverting the gas into a high-temperature fuel cell with an electrical efficiency of 40% to 55%. The gas engine normally used for this purpose by comparison only achieves an average efficiency of 38%. Because the fuel cell operates at 850C (1,562F), it can be used directly for heating. The scientists estimated that if the electrical and thermal efficiency are added up, the fuel cell has an overall efficiency of up to 85%.

The pilot plant is rated at about 1.5 kW. The team and their industrial partners will now work on scaling up the biogas plant to 2 MW.