For owners and developers of power plants, the decision between simple or combined cycle can be a tough one. As their name implies, simple-cycle plants are less complex, making them faster and cheaper to construct with a quicker start-up process. However, combined-cycle plants offer nearly a third more power for approximately the same fuel costs, which is an attractive option for areas with high demand.

While there’s no easy answer, several factors can help plant developers and owners determine if converting from a simple to combined cycle—or constructing one from scratch—is worth it.

Weighing the Pros and Cons

Many, if not most, of the considerations between the two systems come down to one thing: money.

Cost. As noted, from a pure cost perspective, simple-cycle plants are faster and less expensive to construct. However, if the discussion is not about building new but rather whether to convert from simple-cycle to combined, the increased efficiency and output of a combined-cycle plant may be appealing in some markets, not only for the increased power generated but also for the lower total emissions.

Financing. In the past, conversion of an existing simple-cycle peaking plant to combined-cycle plant usually occurred only with a change in the PPA from peaking to a base-loaded or load-following agreement. With a base-loaded PPA, the conversion makes much more economic sense and can help secure the financing necessary to support such a conversion. Complicating the matter, however, is the recent economic uncertainty, which has prompted many lenders to demand longer-term agreements, sometimes up to a 20-year PPA.

If the economics of the conversion pan out, the decision between simple and combined cycle often turns to logistics. 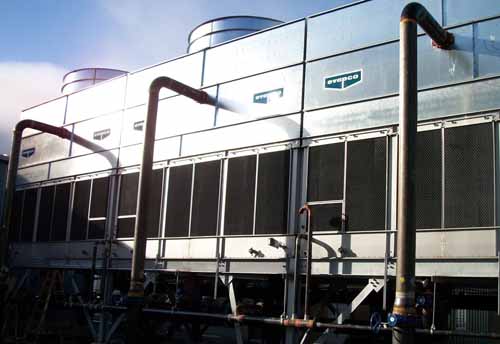 Environmental Regulations. In addition to land use restrictions, water and air quality regulations impose limitations. With any plant conversion, new air and water permits will be necessary. Air permits should not prove too challenging so long as the converted plant does not increase air emissions with the use of duct burners in the HRSGs. Water, however, is another story. Because of the addition of the steam cycle, combined-cycle plants use much more water than simple-cycle plants. If the plant utilizes a cooling tower, makeup water requirements can be quite high. The Section 316(b) regulations of the Clean Water Act limit water usage, which has unquestionably made it more difficult to obtain water use permits. Although utilizing an air-cooled condenser will help, it may be cost- and space-prohibitive.

Conversion Time. Converting simple cycle to combined cycle typically involves constructing the majority of the new system while the simple-cycle plant remains operational. There are some inherent risks to ensuring the proper tie-ins and system alignment, as well as in minimizing outage time for the plant for final connections and startup. Existing components such as the stacks may need to be relocated (Figure 2). The longer the plant is offline, the more potential revenue is lost. 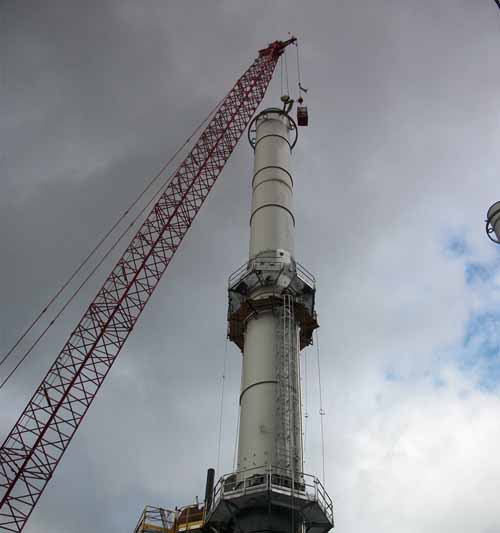 Taken together, all of these factors provide owners and developers with a long—and potentially overwhelming—list of pros and cons for converting a simple-cycle plant to combined cycle. But given the major effect the decision will have on the bottom line, the first step in assessing the situation is to conduct a thorough cost-benefit analysis. Are the power needs short-term or long-term ones? Is the conversion economically beneficial? Is financing available and, if so, under what terms? How does the cost of construction and gas compare to the PPA price of electricity?

If that analysis indicates that the conversion makes business sense, a number of tactics can help tackle some of the “cons” identified in making the switch.

Research Regulations. Land, water, and air regulations all dictate the feasibility of altering a plant and require research and advanced planning to ensure the project doesn’t run into regulatory barriers once underway. First, be sure to properly assess how much additional land the conversion may necessitate as a result of the new equipment and construction. Both the costs of these additions and the time needed to secure permitting should be factored into the development plan. Next, read the new standards for cooling water intake in Section 316(b) of the Clean Water Act. For upgraded plants in particular, the new rules require plants to limit the water intake flow to a level similar to that of a closed-cycle system. Combined-cycle plants can require up to 4,300 liters (1,136 gallons) of water per minute, which is substantially more than a simple-cycle plant and a potential red flag for permitting. Using an air-cooled condenser can help alleviate that usage, although it is more expensive and requires additional space.

Explore New Technologies. New equipment and processes are helping to make combined-cycle plants more feasible as both base-loaded and peaker plants. Incorporating once-through HRSGs, for example, and manufacturers’ quick-start packages into combined-cycle plants can reduce their typically long startup times by up to 50%. A simple-cycle peaker plant on the West Coast recently made the switch to combined cycle by doing just that. With two existing combustion turbine generators (each equipped with a dry low-NOx combustor), two new natural gas duct-fired HRSGs, one new steam turbine generator, and a new air-cooled condenser, the plant is now expected to continue operating as a peaker plant but with twice the output and with efficiency gains in the mid-20% range. This promising potential enabled the plant to secure a long-term PPA to back the conversion.

Develop a Plan. As previously mentioned, plans for a conversion project must begin well before construction. A good design consultant can help an owner/developer look forward through all phases of development and optimize the design and scheduling against the constraints posed by the PPA, electrical interconnects, permitting, etc. A detailed and specific construction plan will also help ensure that the necessary outage time is as short as possible. This plan should entail steadfast construction management and a detailed schedule that extends through startup, as well as the help of an experienced startup crew. The time of year also makes a difference; the lower power demands of the spring and fall provide the optimal window. Done right, a conversion shutdown can be limited to just three or four months.

Position for the Future. If a developer is looking to upgrade to or build a combined-cycle plant but time is of the essence, one option may be to design a simple-cycle plant that is positioned for later conversion to combined cycle. In areas that are developing quickly, for example, the immediate need for power may supersede the longer-term vision for which a combined-cycle plant would be better suited. Or if financing is the issue, going with the less-expensive simple-cycle plant initially allows the owner to get the plant up and running, build up some revenue, and thus become a more viable candidate for financing the larger combined-cycle plant. Designing for this expansion from the beginning can address some of the permitting conditions early on and allow land to be reserved for future expansion.

The conversion from simple to combined cycle is not appropriate for all scenarios. Low-use peaker plants, sites with very tight space constraints, and situations in which the environmental impacts of a combined-cycle system would conflict with regulatory requirements (especially when it comes to water) all may present more obstacles than benefits. But with prudent research, analysis, planning, and project management, making the switch can be a viable option for improving a power plant’s efficiency while increasing output and reducing environmental impact, all attractive attributes for power operators, financers, and their communities.