“Why are you picking on the Clean Air Act?” That’s a question we’ve heard more than once while traveling the country to talk about our new book, Struggling for Air: Power Plants and the “War on Coal.”

The book focuses on what we see as the “tragic flaw” of the Clean Air Act of 1970 (CAA): its exemption of existing industrial facilities—most notably, coal-fired power plants—from the Environmental Protection Agency’s (EPA’s) nationwide performance standards for soot- and smog-forming pollutants. Starting in 1971, new plants had to reduce their sulfur dioxide emissions by either installing multimillion-dollar pollution “scrubbers” or burning pricey low-sulfur coal. In 1978, scrubbers became mandatory regardless of the type of fuel burned, as did additional technology for controlling nitrogen oxides emissions. But existing plants could continue polluting in unlimited amounts. This “grandfathering” gave utilities a perverse incentive to keep old, dirty facilities running decades longer than they otherwise would have, stymieing state efforts to meet the CAA’s air quality goals.

Even so, the CAA has managed to do an enormous amount of good over the years. Between 1970 and 2013, emissions of six of the most common pollutants fell by more than two-thirds, even as GDP tripled and the U.S. population grew by 50%. So why, some wonder, are we harping on a shortcoming rather than celebrating the act’s substantial achievements?

Even if you’re not a watcher of Fox News or a reader of conservative blogs, you’ve probably heard accusations that President Obama is waging a “war on coal.” The basic narrative is that Obama took office in 2009 and, motivated by little more than ideological fervor, immediately set about imposing all sorts of onerous and unprecedented restrictions on the use of coal.

Undoubtedly, recent EPA initiatives like the Cross-State Air Pollution Rule, the Mercury and Air Toxics Standards (MATS), and the Clean Power Plan make life harder for coal-fired power plants. But these rules aren’t the malicious invention of White House officials who just “don’t like” coal, as Senate Majority Leader Mitch McConnell has suggested. Instead, they are the culmination of a multi-decade struggle to reduce pollution from grandfathered facilities. Indeed, each was, to some extent, set in motion long before the current administration took office.

To be clear, grandfathering is still built into the CAA for certain pollutants. The EPA remains unable to set nationwide performance standards for old plants’ emissions of soot- and smog-forming sulfur dioxide and nitrogen oxides. But the agency can do other things.

For one, it can regulate old plants’ soot- and smog-forming emissions if they contribute to air quality problems in another state. A “Good Neighbor Provision” allowing the EPA to regulate this sort of interstate pollution was added to the CAA in 1977. But, for a variety of reasons, the agency didn’t make use of it until 1996, when the Clinton administration issued a rule known as the NOx SIP Call. In 2005, the George W. Bush administration followed up with the more stringent Clean Air Interstate Rule. And after the D.C. Circuit Court of Appeals struck down that regulation in 2008, it was left to the Obama administration to craft a suitable replacement, the Cross-State Air Pollution Rule, which was upheld by the Supreme Court in 2014.

The EPA can also regulate old plants’ emissions of what the CAA calls “hazardous” pollutants. This category includes heavy metals like mercury, which, among other things, contributes to neurological damage in fetuses and small children. The EPA has had a version of this power since 1970, but, as with the Good Neighbor Provision, it took the agency a very long time to make use of its authority. In 1990, under the George H.W. Bush administration, Congress added new deadlines to prod the agency into action. And that’s what led—two decades and several lawsuits later—to the Obama administration’s MATS.

Finally, the EPA can regulate power plants’ emissions of greenhouse gases directly. Indeed, it was all but forced to do so by the Supreme Court’s 2007 ruling in Massachusetts v. EPA. Eight years later, that responsibility gave rise to the agency’s Clean Power Plan.

How to Deal with Your Grandfather

In addition to providing useful historical context for some of today’s most controversial regulations, our book also serves as a cautionary tale for future policymakers. While most of the nation’s pre-1970 coal plants are expected to retire, at long last, within the next several years, the issue of grandfathering will continue to arise in other regulatory contexts. We don’t suggest that older sources should never get any form of “transition relief” when new rules are imposed. It is, after all, generally more burdensome to retrofit an existing facility to accommodate pollution-control technology than to incorporate such technology into a newly built facility. But legislators and regulators must think very carefully about the appropriate scope and duration of that relief.

As the old saying goes, those who don’t learn from history are doomed to repeat it. ■

— Richard L. Revesz is the Lawrence King Professor of Law and Dean Emeritus at New York University School of Law, where Jack Lienke is a Senior Attorney at the Institute for Policy Integrity. 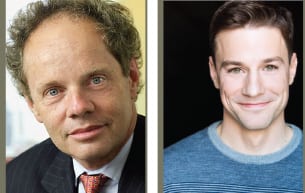