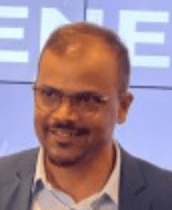 From powering the first combustion engines to becoming a vital part of the modern-day refining industry, the relationship between hydrogen (H2) and energy spans centuries. It is the most abundant element on our planet. The gas burns clean, it’s light, energy-dense, and we’re only just beginning to uncover its true potential. Hydrogen could well be the missing link when it comes to preserving stability and continuity in energy grids that use 100% renewable energy.

One of the greatest challenges when it comes to renewable energy sources, such as solar and wind, is their unpredictability. Some argue that, because of their variability, they cannot be the foundation of a dependable electricity grid. When California experienced widespread blackouts in 2020, experts said it was due to the “intermittent” nature of renewable energy creating an unstable and difficult-to-manage power grid. While there may still be challenges to overcome, you can use hydrogen to solve the intermittent renewable energy problem and make grids greener.

Hydrogen fuel cells can store a higher volume of clean electricity than batteries and capacitors. However, the methods being used to extract H2 to make fuel cells are still largely dependent on CO2-emitting technologies. If we must turn to coal, oil, and natural gas to separate hydrogen from oxygen, it undermines the green potential of H2. Thankfully, that won’t be the case for much longer.

One example of this in action is using solar panels to power an electrolysis device to produce hydrogen. That hydrogen could then be compressed and stored in a pressurized tank. Once stored, it can then be turned into electricity using a fuel cell injected into the power grid, effectively filling in the “gaps” that intermittent sources like wind or solar inevitably create.

It sounds like a silver bullet, but P2G2P in its current state is quite expensive and, while clean, relatively inefficient. It loses energy each time the molecular bond between hydrogen and oxygen is broken, and it loses energy when the newly separated hydrogen is burned in turbines. According to Dharik Mallapragada, a research scientist at the Massachusetts Institute of Technology (MIT) studying this field, the round trip through P2G2P returns about 40% of the electricity put in at the beginning of the process.

Reaping the Benefits of Hydrogen

To fully realize the potential of P2G2P, the process needs to be highly optimized. That means constantly evaluating the cycle in terms of performance, storage, safety, and cost. Being able to cast a critical eye over the entire hydrogen industrial chain, as well as the electrolysis process itself, will give the industry a much better understanding of where to focus its efforts to reap the maximum benefits from hydrogen as an energy storage mechanism.

The University of Corsica’s experimental MYRTE platform is currently leading research into this field. The project’s ultimate goal is to implement the coupling of solar energy with a hydrogen chain as an energy carrier with as little waste as possible. So far, the platform has made great strides, testing solutions for feeding intermittent solar energy directly into a small energy grid. However, there is still more to do when it comes to the production, storage, and distribution of hydrogen if it is to become a more global solution.

For instance, there is a need for hydrogen resistant pipelines to allow transport over long distances. Hydrogen bleeds through plastic and weakens metal over time, meaning traditional steel networks, while useful in the short-term, won’t be viable in the longer term. In terms of storage, ammonia is a very effective hydrogen carrier, but it still takes a great deal of energy to release the H2 from it once it’s stored. These are all challenges that will need to be tackled to optimize the hydrogen chain in a way that can be applied to national energy grids.

Modeling software can make a real difference in the quest to optimize the hydrogen chain. To harness hydrogen as a renewable energy vector, it will be essential to model a variety of scenarios covering all aspects of hydrogen production, storage, and use. Accurate P2G2P simulations can remove some of the risks for investors and decision-makers, and reveal the true potential of hydrogen.

A 2021 report from Capgemini Research Institute on energy transition looked at business readiness for new energy models. It found that 34% of organizations were using or are looking to use new models for hydrogen. This is promising, but there is plenty of room for improvement and innovation.