America’s energy mix is undergoing a period of rapid change. The way we generate electricity in this country looks dramatically different than it did just a decade ago, as wind and solar have matured and come down in cost, and the shale boom has led to a rise in the use of natural gas. Advances in electric vehicles and battery storage technology seem to progress on a near-daily basis, and as always new technological advances will unfold in the years ahead.

However, as discussions around a clean energy economy intensify, no one should think we are reliant on these unknown leaps in technology to succeed. The reality is we already have what we need to transform the way we power the U.S. And in many cases, the clean energy transformation will be facilitated by tools we have had on hand for decades, or by small tweaks to the rules and electricity markets that govern our power sector.

Transmission Is the Foundation for a Clean Energy Future

America’s electric grid was built in a piecemeal fashion over the course of a century. It was designed for local power plants to serve local load. The grid is now more regional in nature, but America’s energy economy is demanding a more modern and interconnected grid to meet 21st-century needs.

Luckily, we have the blueprint to get this done. We have built railways to carry coal from mines to power plants and we have built pipelines to carry natural gas and oil to generators and homes. Now it’s time to expand our nationwide network of transmission lines to carry electricity from the country’s most renewable-rich sites to the cities, data centers, and manufacturing hubs where demand for power is highest.

Even better, studies show that transmission upgrades routinely pay for themselves faster than anticipated. In 2011, MISO approved a robust Multi-Value Project transmission portfolio that was estimated to have benefits that outweigh costs by at least 1.8:1. A 2017 review of the investments found that the minimum benefit of the projects is now at least 2.2:1 and may be as great as 3.4:1. This means consumers are getting a better return on their investment than expected in the form of lower electricity costs.

Improvements to regional and inter-regional planning processes will be key to unlocking the most valuable transmission investments.

Connecting at the Seams

Increased connectivity of America’s regional electric grids is an important step in making progress toward a reliable, clean energy future. Today, the country’s grid is comprised of three near-distinct entities: The Western Interconnection, the Eastern Interconnection, and the Electric Reliability Council of Texas. These bodies have limited ability to coordinate power flows and balance power across boundaries. That’s inefficient.

Expanding the connections between the eastern and western interconnects is another way to harness more renewable energy while building a more-reliable, affordable system, according to recent research from the National Renewable Energy Laboratory (NREL). Best of all, once again researchers found investments in eliminating these “seams” would pay for themselves within 15 years, and then keep paying benefits for years after that.

“If you have more transmission, you can use fewer generation resources, and you can use those more efficiently,” said Aaron Bloom, the study’s former project manager. “We have the best wind and solar in the world. We need a rebirth in how we think about transmission.”

Fully Valuing the Services Wind Power Can Provide in the Marketplace

The power sector is governed by market rules that are intended to ensure generation is always available when consumers need it and important services needed to maintain grid reliability are being adequately supplied. These essential reliability services are most cost-effectively supplied under a performance-based regime that enables competition among all technologies. Wind power can make important contributions to these reliability services, but only if the market values them.

Like a smart TV with no internet connection, wind farms are technologically able to provide valuable reliability services—such as frequency response, voltage and reactive power support, disturbance ride-through, frequency regulation, and operating reserves—but that potential cannot be realized without a system that values these essential services in a technology-neutral manner. Updating market rules to better align with a 21st-century generation mix will both increase grid reliability and facilitate renewable energy growth.

The changes described here require no breakthroughs or moonshots—they rely on long-established technology and governance structures. And yet, these suggestions could have a profound impact on the power system, both facilitating even more renewable energy growth while making the overall system more reliable and affordable. That’s a win-win for American families and businesses. ■ 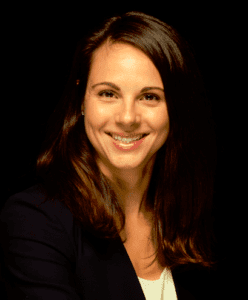