In the U.S. electric power industry, coal is making a comeback as a fuel of choice for new generation projects. During the construction boom that occurred from 1999 to 2003 about 90% of new electric generation utilized natural gas – fired combustion turbines. Unfortunately, over the past few years natural gas supplies have tightened and the price for natural gas has increased dramatically. Natural gas prices have been volatile, ranging from $2 to $3 per mmBtu in 2000 to approximately $15 per mmBtu in 2005 – 2006.

As a consequence of increased natural gas costs, developers of new generation sources have slowly renewed their interest in developing coal-fired generating units to meet future energy demands. By 2020 the existing baseload capacity of the U.S. electric power sector will not be able to supply the country’s electric needs. Over the next few years, demand for electricity will continue to increase while capacity lost due to unit retirements will need to be replaced.

Development of new coal-fired capacity is moving forward in every region of the U.S. as well as in parts of Canada and Mexico. Currently, IIR is tracking 185 coal-fired units in various stages of development (Table 1). If all of this capacity were constructed, it would add over 102,000 MW of coal-fired capacity. The capital cost for this new capacity would be $142 billion. 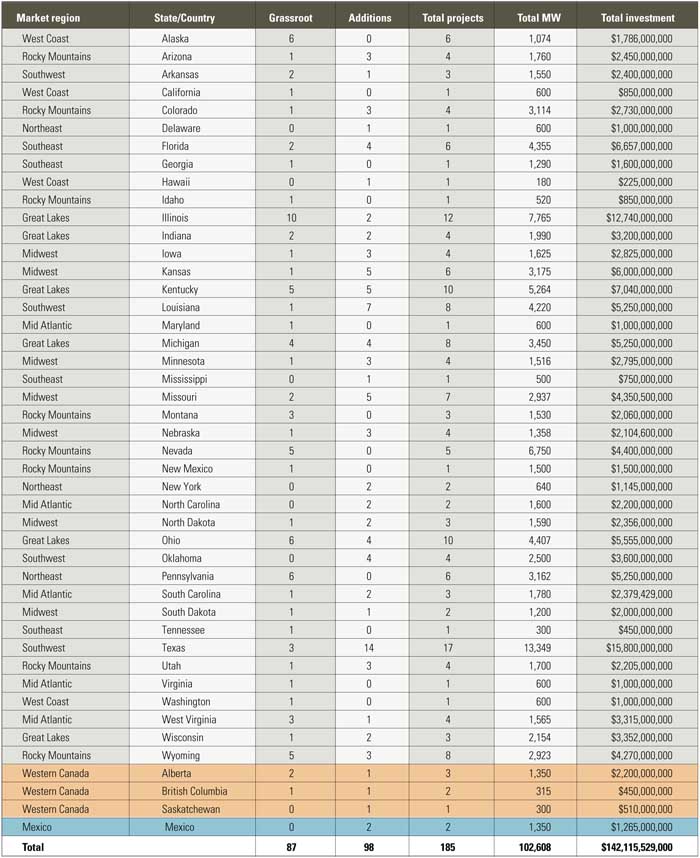 Table 1. A total of 185 coal-ried projects are currently under development in North America. Source: IRR

In the U.S., the regions experiencing the greatest amount of potential growth are the Great Lakes, the Midwest, the Rocky Mountains, and the Southwest. All of these areas have the greatest growth in demand, and their existing coal generation fleets are aging. Proposals by private energy producers represent the majority of capacity and investment. Regrettably, many of these projects are not expected to see the light of day.

Unlike regulated utilities, private energy producers face financial hurdles because they must secure long-term power purchase agreements in order to fund their projects. As a result, it is expected that most of the projects that move forward will be those that are developed by rate-based utility companies.

It is expected that the majority of new coal-fired projects will utilize pulverized coal technology or cleaner-burning circulating fluidized bed technology. Many of the projects in development are proposing to utilize integrated gasification combined cycle (IGCC) technology (Table 2). Although IGCC is not a new concept, the technology is less proven than traditional pulverized coal plants. However, being a more environmentally friendly technology, IGCC plants are expected to play a major role in meeting the U.S.’s future energy demands (Table 3 shows that 2010 through 2013 will be the peak years for new coal-fired generation).