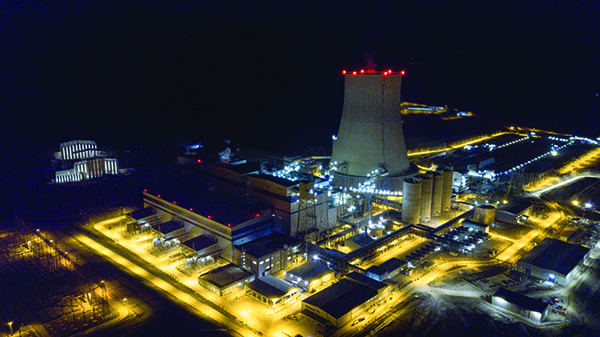 New coal power plant technology is being developed by various companies around the world, but there are some pretty efficient and reliable designs already commercially available. Circulating fluidized bed combustion systems have proven to be among the best. One Turkish plant that utilizes the technology is a 2019 Top Plant award winner.

The demand for power is growing rapidly in the Middle East. According to DNV GL’s Energy Transition Outlook 2018, which provides an overview of the global energy landscape over the next 30-plus years, electricity demand in the region will triple by 2050.

Growth is expected to be driven by manufacturing, buildings, and transport. The increased uptake of energy-hungry air conditioners will grow as the technologies become affordable for a larger share of the population and average temperatures in the region increase, the DNV GL report says. For buildings, electrification will continue, and natural gas will be displaced by electricity in households, including for cooking, so that by 2050, 70% of buildings’ energy use will be covered by electricity, it says. 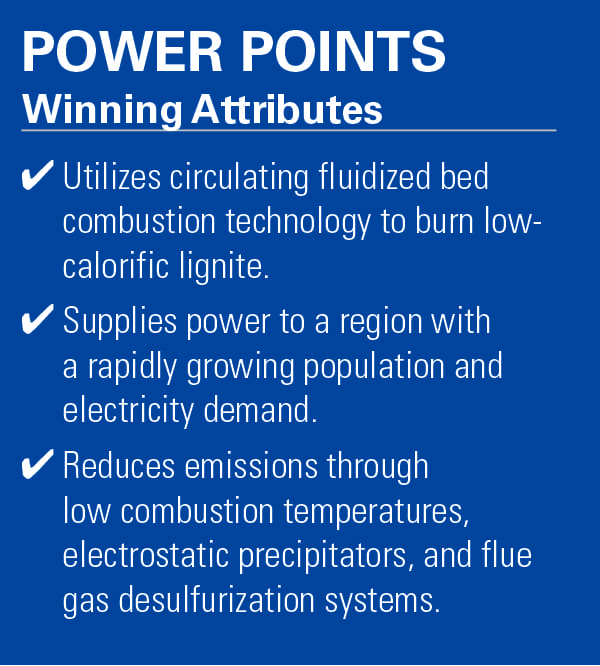 Among the most-populous countries in the Middle East is Turkey, and as its population continues to expand, so does its power demand. The International Energy Agency (IEA) reported that Turkey consumed 50.13 TWh of electricity in 1990. Since then, it has experienced phenomenal growth, consuming 243.68 TWh in 2016—the most-recent statistics available from the agency. The IEA says power sector reforms in Turkey have attracted private investment, and fostered economic growth and energy access. Yet, the agency has suggested the country should set up independent transmission system operators, competitive wholesale markets, and foster resilient and modern gas and electricity infrastructure to attract further investment.

The U.S. Central Intelligence Agency reported that Turkey gets the majority of its electricity from fossil fuels (53% in 2016). Hydro (33%) and other renewable energy sources (14%) make up the balance of the nation’s power mix. DNV GL expects renewable energy’s contribution to increase in the future.

Prajeev Rasiah, DNV GL – Energy’s executive vice president for Northern Europe, Middle East, and Africa, said, “The growth in population, coupled with energy demand changes, and a cost reduction in renewables, means the use of electricity will grow rapidly [in the Middle East and North Africa]. Variable renewables alone will provide more than 65% of the electricity by 2050. This shift will have a dramatic impact on the region’s economies and politics, and significant technology investments will be needed to meet demand.”

In the meantime, however, fossil-fueled power plants will continue to act as the backbone of the region’s electric grid. One recent addition to Turkey’s power fleet is the Tufanbeyli Thermal Power Plant. It comprises three 150-MW units (Figure 1) that operate state-of-the-art circulating fluidized bed combustion (CFBC) boilers supplied by Hyundai Power Systems (HPS). HPS is a new name for the boiler specialist, which was spun off in 2018 from the Industrial Plant & Engineering division of engineering, procurement, and construction (EPC) contractor Hyundai Heavy Industries—the world’s largest shipbuilder. Other significant emissions control equipment at the Tufanbeyli plant includes electrostatic precipitators and flue gas desulfurization systems.

POWER has long touted the benefits offered by CFBC technology. As far back as 2009, an article authored by Robert Giglio and Justin Wehrenberg noted that the design doesn’t have burners or a flame within the furnace. Instead, it utilizes fluidization technology to mix and circulate the fuel particles with limestone as they burn in a low-temperature combustion process. The limestone captures sulfur oxide pollutants as they are formed during combustion, while the low burning temperature minimizes the formation of nitrogen oxide pollutants. Furthermore, the design allows for remarkable flexibility, making it suitable for a wide range of fuels.

Tufanbeyli is the first low-calorific lignite-fired power plant located in Adana Province, about 400 kilometers southeast of Ankara, Turkey. The station is owned and operated by Enerjisa Üretim, a joint venture between SABANCI Holding and E.ON. The units were constructed by SK E&C—a South Korea-based EPC contractor.

Since 2004, HPS has designed a broad lineup of CFBC boilers with capacities of up to 300 MW. The company told POWER it has acquired a wealth of experience with various fuels including anthracite, bituminous and subbituminous coal, and lignite. In addition, HPS has successfully developed biomass-fired CFBC boiler models and external fluidized bed heat exchangers. As part of its efforts to further expand fuels, HPS has recently focused on developing pitch-fired CFBC boilers.

HPS has even demonstrated the effectiveness of CFBC technology for high-sulfur fuels such as petcoke. In 1988, the company successfully installed the first petcoke-fired CFBC boiler in Korea at Hyundai Oilbank, which is a refinery affiliate of Hyundai Heavy Industries Group. Since that first installation, HPS has provided three additional petcoke-fired CFBC boilers to replace old facilities. Meanwhile, CFBC boilers produced under HPS’s research and development commitments have boasted excellent performance with an operating rate of more than 90%.

POWER’s former editor-in-chief, Dr. Robert Peltier, noted in a 2016 article, “The fluidized bed combustion system is favored among developers and owners of power plants for its ability to consume lower-cost, opportunity fuels in an environmentally acceptable manner.” At the time, Peltier wrote that there were about 600 coal-burning CFBC installations worldwide, with “at least a dozen global corporations” capable of supplying and constructing CFBC plants. In other words, the design is sound, and facilities such as the Tufanbeyli Thermal Power Plant are proving every day that CFBC technology is a winner. ■