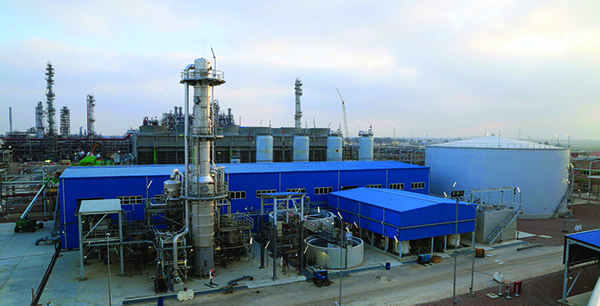 As water demand soars in every corner of the world amid widespread drought and water scarcity concerns, recovery and recycling of wastewater is increasingly becoming a valuable solution to alleviate pressures on freshwater resources. Beyond extending the lifecycle of freshwater, reuse and recycling provides an alternative to discharging harmful wastewater into the environment.

Today’s strict discharge requirements demand cost-effective, energy-efficient, and reliable wastewater treatment solutions to purify and recycle virtually all the wastewater produced, resulting in no harmful effluent streams being discharged back into the environment. To achieve ZLD, wastewater treatment methods and technologies have become more sophisticated, and industrial facilities and power generation plants are increasingly employing the most advanced technologies.

Back to Basics: A Zero Liquid Discharge Introduction

While there are many different wastewater management strategies, the ZLD approach is arguably the most ambitious. This method seeks to eliminate any liquid waste leaving the plant, with the vast majority of water being recovered for reuse, thus maximizing the water’s lifecycle and efficiency.

In order to achieve ZLD, all water must be recovered and contaminants reduced to solid waste. As this is no easy feat, there are several steps involved to achieve ZLD, including an extensive pretreatment process that removes solids and contaminants from the wastewater, setting the stage for ZLD to be accomplished. Following pretreatment, evaporation of the industrial effluent takes place until the dissolved solids precipitate as crystals. These crystals are then removed and dewatered while the water vapor from evaporation is condensed and returned to the process and reused throughout production.

As Egypt instituted new environmental regulations that put more restrictions on wastewater discharge in 2004, the Egyptian Ethylene and Derivatives Co. (ETHYDCO), the largest polyethylene production facility in Egypt, was determined to implement a process for water recycling and reuse, enabling water to reach ZLD by applying the most modern technology to meet compliance.

The initial design phase review estimated that the finished ETHYDCO plant would consume a staggering 2,600 cubic meters per hour (m3/hr) and needed to optimize the water consumption through conservation and recycling, reducing it by nearly 70% at 700 m3/hr. Thus, to maximize the lifecycle of incoming water from the Nile River and preserve fresh water resources, ETHYDCO decided to provide Egypt’s first integrated ZLD water treatment facility designed to recycle wastewater, allowing it to be continuously used in the production line.

In order to produce water pure enough to meet ZLD standards and still be cost-efficient, the recovery ratios for the applied technologies were engineered to maximize the product and minimize the effluent as much as possible. This reduced the need to utilize optimized thermal evaporation units, which are the most energy intensive and costly equipment to run. In this track, pretreatment was required before going through the ZLD process, as high-efficiency reverse osmosis systems call for high-quality feedwater, free of solids, and with very low turbidity.

ETHYDCO needed to identify a reliable filtration system capable of successfully handling its inconsistent water quality. The system would have to be capable of dealing with high total suspended solids (TSS) peaks because it would be treating a composite mixture of treated effluent from the production plants and water from the Nile River. Further complicating matters was the complexity of the feedwater quality, which varies throughout the year, resulting in seven different cases for the feedwater based on varying TSS, feed turbidity, and other feedwater characteristics.

Following an evaluation phase to determine the most suitable technology, ETHYDCO selected Pall Water’s Aria FLEX membrane filtration system to perform the pretreatment step in its ZLD system. The filtration system’s design, which includes special controls that enable operators to optimize performance under various feed scenarios, was a differentiator, as was the strength and durability of the membranes.

Pall Water’s pretreatment solution is based on six trains with a total filtration area of 22,800 m2. Hydraulically, the system is capable of flow of more than 1,500 m3/hr, but to accommodate the various scenarios, ETHYDCO’s system was designed to generate between 1,041 m3/hr and 1,093 m3/hr of filtered water to meet the ZLD plant’s massive capacity.

Following construction, all of ETHYDCO’s collected wastewater in addition to the fresh water from the Nile River enters Pall Water’s pretreatment system where it is treated and purified. The water is extensively treated in the pretreatment phase to the point where the resulting water meets quality standards and can be used again in the polyethylene production process.

Despite the inconsistent water chemistry and difficulties associated with the feedwater, the membranes are strong enough to run constantly at high recovery levels—ranging from 91% to 93%—at 100% production. Well-suited for the challenges of the feedwater, the reliability of the pretreatment system has proven crucial for operating at full capacity despite varying feed conditions and spikes in TSS, which at times can reach 177 parts per million.

With the pretreatment system and the complete ZLD plant operational (Figure 1), ETHYDCO was able to meet all of the requisite norms of ZLD established by the Egyptian government to minimize water consumption and protect the country’s only life-giving aquifer—the River Nile.

“I first conceptualized this plant in 2004 and worked with the Enppi, ETHYDCO, Pall Water, and Aquatech teams to turn this concept into a ZLD process solution,” said Hossam El-Fahmy, engineer and general manager for ETHYDCO Utilities and Offsite. “More than a decade later, we are extremely pleased with the strength and reliability of the system, which has helped us meet environmental regulations and gain global recognition.”

Upon successful completion of this project, ETHYDCO gained notoriety for its expertise in ZLD systems and it became a model for all industries in Egypt and across other Gulf Cooperation Council countries. Furthermore, this facility is the first ethylene plant in the world to achieve this accomplishment. The achievement has set ETHYDCO apart as an environmentally friendly company with no liquid waste released into the environment. ETHYDCO’s ZLD plant was honored by Global Water Intelligence with a Global Water Award in 2017 as the “Industrial Water Project of the Year.”

As power generation plants and industrial facilities in every corner of the world increasingly rely on wastewater treatment technology, advanced ZLD methods are rising to the surface as a proven and effective way to meet wastewater discharge regulations, today and for decades to come. ■