As this blog predicted last month, New Orleans-based Entergy Corp. continues closing its nuclear plants located in competitive wholesale markets. POWER News reported last week that Entergy would shut down the 838-MW FitzPatrick boiling water reactor in Oswego County, N.Y., on the shores of Lake Ontario near Syracuse at the end of its current fuel cycle. That’s late next year or early in 2017. 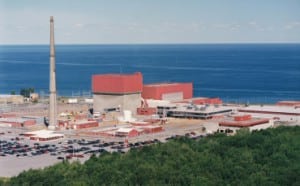 The FitzPatrick announcement triggered an interesting political fandango in New York. The plant shutdown could eliminate some 600 jobs (which may be exaggerated as Entergy has said it will need 300 workers at the site long-term to deal with decommissioning) and bite into Oswego County’s property tax base. That led New York Gov. Andrew Cuomo, seldom averse to political posturing, to say he will fight closing the plant.

At the same time, Cuomo has been pushing hard to close Entergy’s remaining two-unit, 2000-MW Indian Point complex some 30 miles up the Hudson River from New York City. Environmental and anti-nuclear activists have been advocating closing the plant for decades. Opponents of the plant, including Cuomo, argue that it is too close to the city to be safe in an accident. Closing Indian Point has become a major rallying point for the Empire State’s political left, including Cuomo.

Can Cuomo keep FitzPatrick open while closing Indian Point? The first proposition is unlikely. Veteran UBS utility analyst Julien Dumoulin-Smith notes that the “cash deficits” to Entergy from FitzPatrick are unpalatable, at $60 million/year through 2020. Also, NYISO says it doesn’t need the plant for reliability purposes. It’s hard to see how Entergy could continue to burden its shareholders with such a losing proposition.

As for closing Indian Point? Cuomo and his anti-nuclear allies have a better chance at that, depending on how the economics develop for continuing to operate the plant. If Entergy sees long-term losses from the station, Indian Point will close. Cuomo will claim victory, although that’s more empty posturing.

Could Cuomo cut a swap that involves keeping FitzPatrick for closing Indian Point? Dumoulin-Smith said such a deal “appears unlikely with parties on both sides appearing quite entrenched far apart (at least in their public rhetoric).”

Entergy’s decision followed earlier events – shutting the 620-MW Vermont Yankee plant at the end of last year and announcing the shutdown of the 690-MW Pilgrim unit on Cape Cod in Massachusetts by 2019, both BWRs. In all three cases, Entergy pinned the decisions on deteriorating economics in competitive markets. That includes the price of natural gas, low and showing no signs of increasing.

The utility company also said the structure of competitive wholesale markets – ISO New England for Vermont Yankee and Pilgrim, and the New York ISO for Fitzpatrick – doesn’t value some of the qualities that nuclear brings to the table: fuel diversity, reliability, and low CO2 emissions.

Entergy also has problems in more friendly regulated markets, according to Dumoulin-Smith, He notes in an analysis for UBS customers that Entergy’s sales in regulated markets “have lagged prior commitments due in part to the slowdown in the regional energy and industrial economy.” He has a “sell” rating on Entergy’s stock.

Entergy’s New York retreat leaves Chicago-based Exelon as the key nuclear generator in the Empire State. It owns the two-unit, 1,761-MW Nine Mile Point station, located next door to FitzPatrick, and the elderly 610-MW Ginna plant on Lake Ontario not far from Rochester. Exelon proposed to close Ginna, but NYISO found that keeping the plant operating was needed for reliability on the grid. The company and the state late last month cut a deal that will keep the plant in service for another 18 months.

A veteran of Entergy’s merchant nuclear vision, which grew out of the 1990s move to competitive markets, making elderly nuclear plants very cheap to buy, told me recently, “The dream and vision of a merchant nuclear fleet is dead and the cleanup of retired reactors will be a costly mess for decades.”