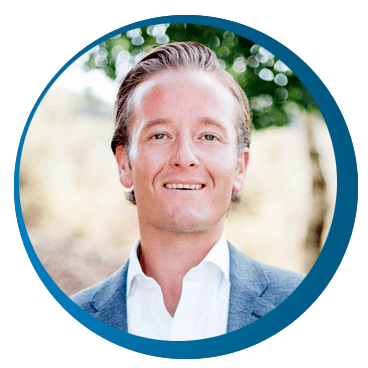 by Whitaker B. Irvin Jr.

Many consider the “hydrogen economy” (the idea that all our energy needs could be provided by hydrogen) a pipe dream, since current solutions to the green energy crisis are critically lacking in either economic viability or environmental sustainability. Producing hydrogen from natural gas (grey hydrogen) is the least expensive method but produces carbon pollution and consumes large amounts of fossil energy. Storing this CO2 underground (blue hydrogen) adds more cost but is more environmentally attractive. Methods to produce hydrogen from green energy (green hydrogen) emit no carbon, at least at first glance, yet are likely decades from being economically viable at scale. Even then, costs would only approach that of grey hydrogen.

In recent years, several nations including the U.S., UK, Japan, South Korea, China, Canada, and Germany have committed funding and human capital to establish hydrogen economies. The dream is that hydrogen energy will be clean, abundant, reliable, affordable, and an integral part of all sectors of the worldwide economy. However, can it be done at a cost that beats current methods? Let’s take a look.

In 2020, only 0.1% of hydrogen that was produced was green. That was because grey and blue hydrogen were less costly and easier to produce, which are compelling market forces.

What makes green hydrogen so expensive is, in part, that production is driven by the cost and availability of renewable electricity. The U.S., for example, has not yet sufficiently developed the solar and wind energy plants needed to power electrolyzers at scale. Massive capital investments are required to produce enough power to make a noticeable course correction. Meanwhile, in Germany 30,000 gigantic wind turbines have given birth to the realization that the associated destruction of landscape, among other factors, is not as attractive as once envisaged.

Yet, the market size for hydrogen in 2022 is projected to be $154.74 billion. By 2050, driven by a burgeoning global demand for zero-carbon emissions, the hydrogen market is expected to be valued at $12 trillion. According to a 2020 study by the U.S. Department of Energy’s National Renewable Energy Laboratory, U.S. demand for hydrogen could jump to between 22 million and 41 million metric tons per year by 2050, up from 10 million today. Naturally, estimates vary among studies.

Can that be achieved, and will the costs be viable? According to statistics compiled by the University of Central Florida’s Florida Solar Energy Center, hydrogen produced by steam reformation costs approximately three times that of natural gas per unit of energy produced, that is, if natural gas costs $6/MMBtu, then grey hydrogen will cost about $18/MMBtu. Producing hydrogen from electrolysis with electricity at 5 cents/kWh will cost $28/MMBtu. This is more than one and a half times the cost of hydrogen from natural gas.

Without government subsidies or a very active carbon trading market, these costs are simply too high. Using free power from excess wind or solar facilities would result in a hydrogen cost near that of steam reforming of natural gas. However, such free power is very limited and nowhere near sufficient to offer significant drops in cost as demand ramps up. However, as costs for producing green hydrogen gradually fall over the coming decades, it is expected that the transition to the hydrogen economy will be more feasible.

In anticipation of this, the U.S. Department of Energy on June 7 launched its Energy Earthshots Initiative, which aims to reduce the cost of clean hydrogen by 80% to $1 per kilogram (kg) in one decade. Additionally, a similar effort to bring the cost of hydrogen fuel to $1.50/kg by 2030 is taking shape in California with the Green Hydrogen Coalition’s HyDeal LA initiative. The group’s first step is to activate a coalition of entities (power companies, pipeline manufacturers, financial firms, etc.) to put the necessary infrastructure in place for power generation and transportation. Then, it expects increased demand for hydrogen as a power source will follow. These are great first steps toward the development of the hydrogen economy, and we at Q Hydrogen Commercialization look forward to playing our part in it as well. Stay tuned.

—Whitaker B. Irvin Jr. is CEO of Q Hydrogen Commercialization (www.qhydrogen.com), a Park City, Utah-based company that has developed a new technology for turning water into clean, efficient, and renewable hydrogen for use in energy and electricity production, transportation, and industry.