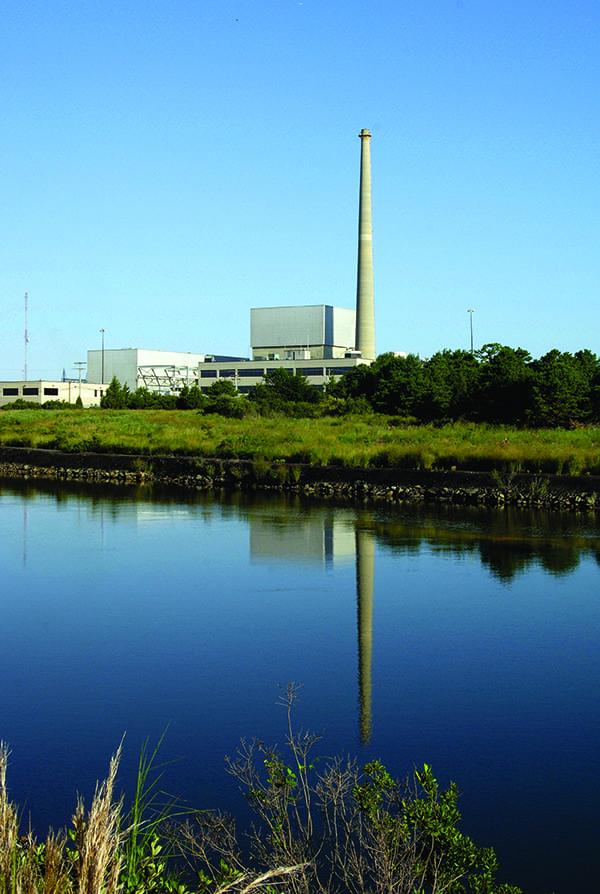 The Oyster Creek Nuclear Generating Station in New Jersey, the oldest operating nuclear plant in the U.S., was shut down September 17. Workers marked the closure with a ceremony at the plant, as 400 current employees and former workers watched via a livestream as operators took the plant offline.

Oyster Creek, a 625-MW single-reactor plant on the Jersey Shore about 60 miles east of Philadelphia, Pennsylvania, entered commercial operation December 1, 1969. The Nine Mile Point Nuclear Generating Station went online that same day near Oswego, New York, but Oyster Creek’s operating license was granted first. Nine Mile Point remains in operation; after today’s closure of Oyster Creek, there are 98 reactors in commercial operation at 60 nuclear power plants across the country, though several others are slated to shut down over the next few years as nuclear plants struggle to remain financially viable in an era of low power prices.

Chicago, Illinois-based plant owner Exelon has reached an agreement to sell Oyster Creek, its property, and a nearly $1 billion decommissioning trust fund to Holtec International, a Camden, New Jersey, energy supplier. Holtec would take over the process of decommissioning the plant and restoring it for future development, a process that Exelon has estimated will cost as much as $1.4 billion. Exelon, which has an outline of the decommissioning process on its website, had discussed a 75-year decommissioning process, during which the site would remain dormant until radiation levels returned to normal. Holtec has proposed an eight-year process. The sale requires both federal and state approval and is not expected to be finalized until late 2019.

Officials with the U.S. Nuclear Regulatory Commission (NRC) in July said radioactive material is likely to remain at the site until at least the late 2070s, and perhaps beyond. NRC officials have said Exelon, , has moved nuclear fuel rods into dry-storage units, or casks, which are steel containers encased in concrete. The casks are designed to store nuclear material while its radioactivity decreases over time. More fuel rods will be moved into casks over the next few years, with all the remaining nuclear fuel rods taken from storage pools and placed into dry storage by mid-year 2024.

Oyster Creek will be in a “safe store” condition until 2075, with dismantling of the plant set for a period between 2075 and 2078, although Exelon has said the timeline could be condensed as the company moves ahead with decommissioning. Oyster Creek in 2009 received a 20-year operating license extension, to 2029, from the NRC, but a year later said it would close the plant early as part of a deal with New Jersey regulators after state officials said the plant needed to install expensive cooling tower technology required by the New Jersey Department of Environmental Protection.

Exelon began cutting jobs at the plant earlier this year in anticipation of the closure. The company in February said a shutdown this year would “give Oyster Creek employees a better opportunity to pursue open positions across the Exelon family of companies. The decision will also help Exelon better manage resources as fuel and maintenance costs continue to rise amid historically low power prices.”

A May report from the U.S. Energy Information Administration (EIA) said continued low prices for natural gas, the growth of renewable energy resources, and diminishing demand for electricity have made nuclear power less competitive in the power marketplace. The EIA report said another nine plants are scheduled to close by 2025, with more closure announcements expected.

The Trump administration has made efforts to prop up both coal-fired and nuclear power generation, including asking for market changes to reward baseload generation. Ed McGinnis, principal deputy assistant secretary for the Office of Nuclear Energy at the U.S. Department of Energy (DOE), in a statement provided to POWER on September 17 said: “Nuclear energy has demonstrated itself repeatedly as a clean, reliable, and resilient source of electricity, producing 20% of the nation’s electricity and 56% of our total clean energy. This Administration and [DOE] Secretary [Rick] Perry are committed to reviving and revitalizing the nuclear industry. We will continue to work with our national laboratories and industry to develop advanced nuclear energy technologies.”

POWER magazine in its February 2018 issue published an interactive map showing a sampling of abandoned reactor construction projects across the U.S. over the past several decades, highlighting the difficulty of developing new U.S. nuclear plants. Only one new nuclear reactor project is currently underway: Units 3 and 4 at the Vogtle plant in Georgia are under construction, though the project has been beset by construction delays and cost overruns. A recent lawsuit also threatens the project.