The Obama administration last month put another political dagger into the heart of the nation’s planned nuclear waste dump at Nevada’s Yucca Mountain, some 90 miles north of Las Vegas. In mid-May, to no one’s surprise, the White House named Commissioner Gregory Jaczko, a PhD nuclear physicist, as chairman of the Nuclear Regulatory Commission (NRC), bumping Dale Klein, a Bush administration appointee, from the chairmanship. 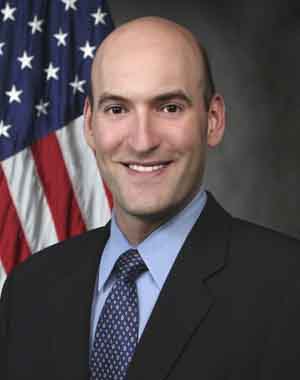 “Yucca is gone, gone, gone,” a former industry lobbyist with more than 30 years’ experience in nuclear waste issues told MANAGING POWER. “It was already ‘dead repository walking.’ Now it’s clearly an acknowledgement of another enormous failure of the U.S. to find a way to close the nuclear fuel cycle. Nobody knows how to resolve this problem. We are all clueless and hopeless. Snafu—situation normal, all [fouled] up.”

Jaczko was on Senate Majority Leader Harry Reid’s staff as science adviser, and an aide on the appropriations committee that funded Yucca Mountain, when he was appointed to the NRC in 2005. He was subsequently appointed to a second five-year term in 2008, over industry opposition. Jaczko also worked for Rep. Edward Markey (D-Mass.), a long-time critic of nuclear power regulation and the NRC.

When named chairman, Jaczko issued an entirely anodyne statement: “I am honored President Obama has entrusted me with the responsibility of serving as the chairman of the U.S. Nuclear Regulatory Commission,” he said. “I look forward to continuing to work closely with the talented and dedicated agency staff and my fellow commissioners.” What else could he say?

Similarly, the nuclear industry issued a characteristic plate-load of political platitudes and policy pablum. Nuclear Energy Institute CEO Marvin Fertel, a savvy Washington veteran, said that his lobbying group “congratulates commissioner Jaczko on his ascension to the chairmanship of the Nuclear Regulatory Commission. In the four years that commissioner Jaczko has served as a member of the commission, he has demonstrated an unwavering commitment to safety and transparency in our nuclear regulatory regime, along with considerable technology and policy insights with regard to the safe operation of civilian nuclear facilities.”

Yucca Mountain Overshadows Everything Else

The NRC has ultimate authority over the Yucca Mountain site, which is federal property, and where there have already been serious safety questions regarding water incursions into the burial chambers. Representing his home-state interests, Reid, Jaczko’s former boss, has long been a vociferous critic of the Yucca Mountain waste project. In Nevada, it’s not a partisan issue, but a hometown concern.

Yucca Mountain has been a controversial project, despite some 30 years of focus on its geological characteristics. The latest events cement the conclusion that it will not, despite billions of dollars spent at the site, ever be used to store nuclear waste. The Obama administration’s latest budget submission to Congress proposes about $200 million for Yucca Mountain, money designed to phase out existing operations and to look for a new nuke waste dump site.

The failure of Yucca Mountain represents the latest in some 50 years of U.S. ineptitude in finding a way to deal with nuclear power wastes. Yucca Mountain was the culmination of the Nuclear Waste Policy Act of 1982, legislation that many analysts argued was doomed to failure from its beginning because of internal political contradictions over where a waste site would be located.

The 1982 law created a reverse competition among possible sites for underground waste storage (who could best avoid the repository?). In 1984, fearing major losses in the upcoming national election, then–Energy Secretary John Herrington short-stopped a wide-ranging site process and focused it instead on the government’s land in the Nevada nuclear weapons test site desert at Yucca Mountain. The idea was that the site was U.S. land, and Nevada was a weak state used to nuclear weapons tests, unlikely to mount a challenge to the federal government’s decision.

In 1987, Senate Energy Committee Chairman J. Bennett Johnston (D-La.) pushed a bill through Congress (ensuring that the nuke waste dump would not be in salt dome deposits in his state) guaranteeing that the waste dump would be in then–politically impotent Nevada. It was widely known as the “Screw Nevada” bill.

The Johnston legislation contained many administrative opportunities for opponents to delay selection of the eventual waste site, including review by the Environmental Protection Agency (and ultimate control by the NRC). The legislators generally saw this as regulatory hand-waving, on the assumption that Nevada would be the final site, come what may.

Proponents of the “Screw Nevada” law never imagined that Reid, then a back-bench Democratic House member from Nevada, could rise to become Senate Majority Leader. He climbed to the Senate in part on his obdurate opposition to the waste dump. He then became Senate majority leader on his political skills as a consensus-builder. Once in power, he vowed to kill the Yucca Mountain project, something he had promised his constituents from the start. It’s a promise he has apparently fulfilled.

The nuclear industry’s heavy focus on Yucca Mountain in its Washington political agenda was a major miscalculation, characteristic of the often inept nuclear industry lobby. When Obama (and Reid) won in 2008, the nukes lost, big time. It cost Adm. Frank “Skip” Bowman his job as head of the Nuclear Energy Institute, the Washington nuclear lobbying group.

In large part, according to industry insiders, Bowman didn’t anticipate that Democrats would regain control of Congress in the 2006 election and expand that control—to include the White House—in 2008. As a retired nuclear industry lobbyist told MANAGING POWER, “Skip drank the Karl Rove Kool-Aid. He believed in a permanent Republican majority in Washington. Nothing is permanent in Washington.”

At about the same time as Jaczko’s elevation this year to the NRC chairmanship in the Obama administration, Energy Secretary Steven Chu was telling a Senate subcommittee that he wants to commission a new panel to look at nuclear waste. Yucca Mountain is not among the sites he wants to ponder. The message was clear: Yucca Mountain is out of the picture for nuclear waste storage, despite billions spent so far on the site. When it comes to spent fuel storage, it’s back to square one, where the U.S. has been on used reactor fuel for more than 50 years.

Klein’s five-year term expired in May, according to the NRC. He will remain on the commission until he is replaced. He was a protégé of former Defense Secretary Donald Rumsfeld and has won plaudits from all sides of the nuclear power debate for his chairmanship of the NRC.

Few criticize Klein’s stewardship of the NRC, even opponents of his policy positions. He wins high marks for management and doesn’t get hammered for the inability of the agency to advance new nuclear plants. As one NRC commissioner told MANAGING POWER, “We’ve done what we can. But loan guarantees are a DOE issue. They make the calls on loan guarantees. They haven’t made them.”

Under law, the five-member commission must consist of three members from the party of the president, who can appoint the chairman. Today, Jaczko is the only Democrat on the commission. There is a vacancy, and Republican commissioner Peter Lyons’s term expires next year, giving the Obama administration an opportunity to appoint two new members to the regulatory body, restoring the partisan balance envisioned under the mid-1970s law establishing the commission. In addition to Lyons and Klein, the third Republican on the commission is Kristine Svinicki, a nuclear engineer who has worked for the DOE and the Senate Armed Services Committee under Republican leadership. She was appointed in 2008, and her appointment expires in 2013.