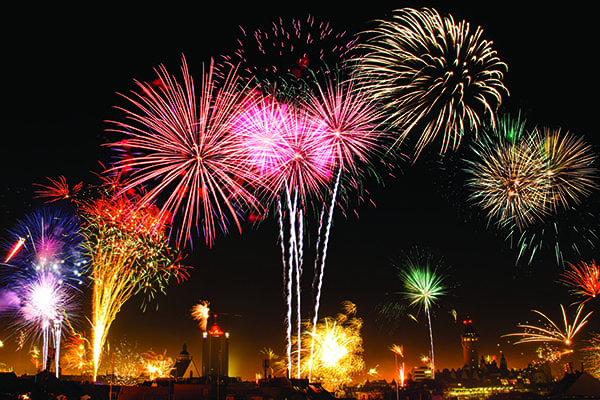 There are challenges facing the power industry in 2018, but there are also a lot of exciting opportunities. Renewable energy and gas-fired generation are expected to continue growing, but changes in federal and state policies could also provide needed support for the coal and nuclear power sectors. Advanced technology, distributed generation, battery storage, and microgrids will all play a vital role in the future.

There’s no doubt that the power industry is changing. Nuclear and coal-fired generation are still major sources of power in the U.S., but both are having difficulty participating in competitive markets. New renewable energy continues to be added, and natural gas prices have remained relatively low, keeping gas-fired generation at the top of the U.S. power mix.

Although the demand for electricity in recent years has been stagnant—or even declining—in the U.S. and many other developed countries, demand is still growing worldwide with many Asian and African countries implementing electrification programs to get power to people who have never had it before. Britt Burt, vice president of global power generation research with Industrial Info Resources (IIR)—a Sugar Land, Texas-based provider of global market intelligence—said during a webinar on November 29 that the power industry continues to be one of the more aggressive industries in terms of investment, but it’s highly dependent on location. (For information on European market trends, see “Europe’s Power Generation Industry Evolves,” an online supplement to this issue.)

The East Asia and South Asia regions, which include China and India respectively, rank at the top of IIR’s 2018–2019 power project spending forecasts. (For an in-depth analysis of India’s power sector, see “India’s Ongoing Power Generation Course Correction” in this issue.) However, the projects being undertaken in those regions are changing. Coal used to dominate new capacity additions in China and India, but the latest IIR projections show investments in renewable energy, including hydro, exceeding coal in both countries—and by a wide margin in China (more than threefold).

Help for Coal and Nuclear

With the abundance of fracked shale gas, fuel prices have remained relatively low for U.S. gas-fired generators, giving their power a competitive advantage. “With the availability and the abundance of natural gas,” Burt said, “I don’t have a reason to believe that natural gas won’t continue to be a major player for meeting global power demand.”

Yet, there are actions being taken to put a finger on the coal and nuclear side of the scale. In 2016, the New York Public Service Commission approved a “Clean Energy Standard,” which subsidizes upstate nuclear power plants for their carbon-free generation. Legislation, called the “Future Energy Jobs Bill,” was also passed in Illinois that year, subsidizing nuclear plants in that state for their zero-emission power. Furthermore, Illinois is considering legislation to help Dynegy’s downstate coal plants compete in markets there.

In October, Connecticut Gov. Dannel Malloy signed a bill allowing state energy officials to modify Connecticut’s rules, thereby granting Dominion Energy permission to sell up to 75% of the output from its Millstone nuclear plant in a competitive solicitation with other zero-carbon resources. Earlier that month, lawmakers in Ohio introduced a bill to set up a zero-emission nuclear resource program designed to help the Davis-Besse and Perry nuclear plants remain viable. New Jersey policymakers held a hearing in December focused on strategies to prevent premature closure of its nuclear power plants, which could help the Salem and Hope Creek facilities. Oyster Creek (Figure 1), New Jersey’s other nuke plant, has already announced plans to retire in 2019.

Pennsylvania legislators, too, are showing support for the nuclear and coal industries. Both houses in that state passed resolutions in October urging the Federal Energy Regulatory Commission (FERC) to strongly consider the Department of Energy’s (DOE’s) Grid Resiliency Pricing Rule. Granted, the rule doesn’t need Pennsylvania’s blessing, but it indicates that the state could take further action, if the rule is ultimately rejected.

In that proposed rulemaking, DOE directs FERC to impose rules on competitive power market operators to ensure that reliability and resilience attributes are “fully valued” for certain power generators. One of the required attributes in order to receive higher compensation is for the plant to maintain a 90-day onsite fuel supply, which means nuclear and coal-fired units would be the main beneficiaries. FERC was directed to take action by December 11, but new FERC Chairman Kevin McIntyre asked for, and was granted, a 30-day extension. In any case, coal and nuclear subsidies are likely to stay front and center in 2018.

Energy storage is another segment that is likely to be top of mind for years to come. Storage is often viewed as an important component for renewable energy integration. It’s also an option in some areas for companies trying to alleviate grid congestion without investing heavily in new transmission infrastructure. Some countries, including Japan, Chile, and Mexico, have started requiring that new renewable energy projects be co-located with storage systems.

According to a forecast published by Bloomberg New Energy Finance (BNEF), the global energy storage market is expected to grow to a cumulative 125-GW/305-GWh by 2030. To get there, an investment of about $103 billion would be required over the next 12 years.

Eight countries are expected to account for the bulk of storage deployments, with the U.S. leading the way (see sidebar “Innovative Products Provide Opportunities for SRP”). Storage that provides system-level services, such as short-duration balancing or peaking capacity, is expected to account for much of the added capacity through the early 2020s, but behind-the-meter systems are expected to dominate in later years. By 2030, BNEF projects that 69-GW/157-GWh will be installed behind the meter, accounting for more than half of all storage capacity.

Research and Markets, a provider of international market research reports and data, said the DG market reached $60.04 billion in 2017. Furthermore, it’s expected to grow at a compound annual growth rate of 11.48% through 2022. But there is at least one potential roadblock on the horizon.

“Right now, the production tax credit [PTC] for wind is set to expire at the end of 2019—solar moves into the earlier part of the decade,” said IRR’s Burt. “However, we have been hearing a lot in recent days here about bills before the Congress and the administration for tax reform.”

Burt said that depending on what form the bill is passed in, the tax credits could be affected. The American Wind Energy Association (AWEA), an industry advocacy group, said the House proposal would derail the 2015 bipartisan-passed agreement to phase out the PTC over five years. “This proposal reneges on the tax reform deal that was already agreed to, and would impose a retroactive tax hike on an entire industry,” AWEA CEO Tom Kiernan said in a November 2 press release. That would be a big blow to planned wind power projects (see sidebar “Xcel Energy: Riding the Winds of Change”).

Microgrids are also continuing to gain traction. In the U.S., the power grid is generally very reliable. However, when natural disasters such as a hurricane or wildfire strike, a microgrid could mean the difference between life and death. That may sound like an exaggeration, but when power is lost to critical services like hospitals and nursing homes, it really can be catastrophic.

Of the microgrids currently installed, many are located on college and corporate campuses, prisons, and military bases (Figure 3). Often, they are interconnected to the local utility grid, but they maintain islanding capabilities in case of emergency. As prices decrease for equipment such as solar PV, battery storage, wind, and diesel or gas-fired backup systems, microgrids will undoubtedly grow in popularity, especially in remote locations (see “Collaboration and Innovation Produce a Powerful Microgrid Solution” in the August 2017 issue).

For power generators, the future will likely bring more advanced technology. Artificial intelligence is already starting to make its way into power plants, and computers are identifying problems well before skilled operators could realistically be expected to detect anomalies. The “connected plant” has become a real thing.

Sensors, data historians, and a range of digital tools have been in place at power plants for decades, but new technology is analyzing the data and acting on the findings. Many plants have leveraged past investments in technology, incorporating predictive software and reaping benefits that include enhanced productivity, cost savings, improved worker safety, and more efficient operations and maintenance.

And that’s what it’s all about, operating plants in a way that keeps them competitive and in the market. That’s good for customers and good for the power company. (To learn more about the latest digital tools being deployed throughout the power industry, attend the Connected Plant Conference, which will be held February 26–28, 2018, in Charlotte, N.C.) ■