Georgia Power (GP) announced on Jan. 4 that the owners of the expansion project at the Vogtle nuclear power plant (GP, Oglethorpe Power Corp., the Municipal Electric Authority of Georgia, and Dalton Utilities) have settled all pending litigation with the original project contractors, Westinghouse and CB&I.

According to GP, the settlement resolves “all claims currently in litigation with the contractors, reaffirms the current in-service dates, adds additional contractual protections, and positions Westinghouse and its affiliates as the primary contractor over the project.”

The dispute centered around which parties were responsible for added costs stemming from delays in the Vogtle expansion’s in-service dates. Those delays posed several risks, including mounting capital and financing costs, and replacement fuel costs.

The new Unit 3 was initially slated to begin operations this April, but the delays have pushed that back to June 2019 (Figure 1). Cost overruns have also pushed GP’s share of the price tag from $6.1 billion to $7.4 billion. 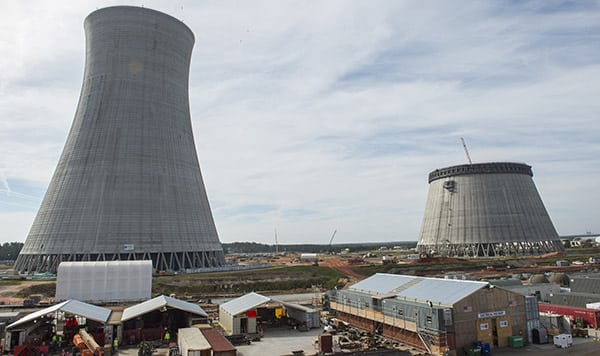 In October 2015, Westinghouse purchased CB&I Stone & Webster Inc., the nuclear construction and integrated services businesses of CB&I, making it the sole contractor, though it later brought in Fluor to help manage staffing for the project as well as the one at V.C. Summer in South Carolina. Fluor was not involved in the settlement.

The statement said that GP’s share of the Vogtle expansion settlement is approximately $350 million, though this is significantly less than the claims that were in litigation. Further details of the settlement were not released.

GP said it will submit the settlement agreement to the Georgia Public Service Commission in the next few weeks.