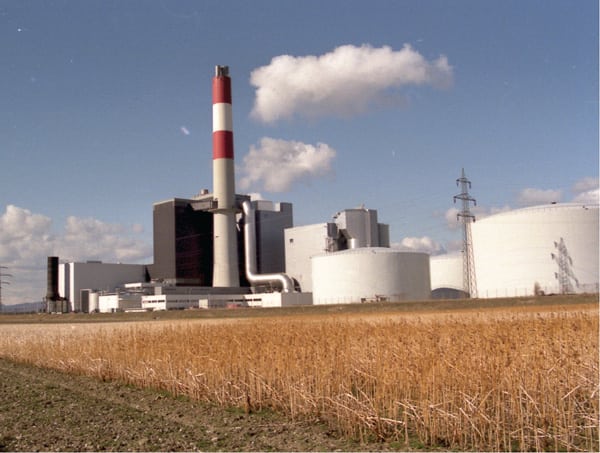 A utility industry coalition that has often challenged stricter air pollution and climate rules for power generation said it will dissolve. The Utility Air Regulatory Group (UARG), which has been under investigation from the House Energy and Commerce Committee due to its relationship with the Environmental Protection Agency’s (EPA’s) top air policy official and his former law firm, in a statement on May 10 said its “membership has decided to disband the organization following a wind down period.”

Congress has been looking at the relationship between Bill Wehrum, assistant administrator of the EPA for Air and Radiation and the former head of UARG, and Hunton Andrews Kurth (known as Hunton & Williams before a 2018 merger), Wehrum’s former law firm that represents clients in the energy and chemical industries. Wehrum while at Hunton Andrews Kurth represented UARG until 2017, when he was nominated by President Trump to his EPA position.

Wehrum’s role at EPA allows him to oversee regulatory policies affecting utilities. Lawmakers are investigating whether UARG members received special treatment from the Trump administration, in part because Wehrum has undone many of the EPA rules that UARG members argued against when Wehrum was the group’s legal representative.

Wehrum was among the EPA officials who weighed in on the Affordable Clean Energy, or ACE, rule that was announced as a replacement for the Obama-era Clean Power Plan last year.

The UARG statement on Friday said a new committee would handle “the completion/fulfillment of UARG’s existing obligations and support of members as they continue to cooperate with the Congressional inquiry.” UARG has existed since the late 1970s, formed after amendments in 1977 to the Clean Air Act. The group was particularly litigious during the Obama administration.

Hunton Andrews Kurth in a statement Friday said it was “proud to have been part of” the utility group’s efforts to shape federal air pollution regulations. POLITICO on Friday reported that several utilities already had left the group before UARG said it would disband. POLITICO earlier spotlighted the group when it obtained internal UARG documents and reported that the law firm billed power companies $8.2 million in membership dues for 2017.

Wehrum has said he kept in contact with the law firm after leaving to join EPA. He has said he did not violate any ethics rules, saying he recused himself from agency matters regarding UARG.

The House Energy and Commerce Committee is investigating how power companies paid for their membership in UARG, and looking at whether members were able to influence EPA policy. American Electric Power told Inside EPA, an agency watchdog group, that its ratepayers funded the utility’s UARG membership. Consumer advocates have alleged other utilities did the same.

Top Democrats on the House committee in April sent letters to several utility executives asking about their relationship with Wehrum and UARG. According to the Energy and Policy Institute, which calls itself “a watchdog organization that exposes attacks on renewable energy and counters misinformation by fossil fuel and utility interests,” said the companies that received letters included Ameren, American Electric Power, DTE Energy, Vistra Energy, Southern Company, FirstEnergy, Tri-State Generation and Transmission Association, and the Tennessee Valley Authority. The letters also wanted to know whether the companies’ contributions to UARG came from shareholders or ratepayers.

Frank Pallone (D-N.J.), the Energy and Commerce Committee chair, along with Reps. Paul Tonko (D-N.Y.) and Diana DeGette (D-Colo.), in a statement said they were pleased the UARG was dissolving. They also said it would not affect their investigation of the group.

“Important questions remain about whether EPA officials William Wehrum and David Harlow [Wehrum’s deputy chief] continue to advance their former coal industry clients’ agenda at EPA, and we intend to see those questions through,” the lawmakers said in a statement Friday.

UARG has said that since 2001 it has been party to about 200 lawsuits challenging federal clean air rules. Some of those cases reached the U.S. Supreme Court.

The group in 2014 prevailed in a Supreme Court ruling in Utility Air Regulatory Group v. EPA. The justices in that case said the EPA overstepped its authority in regulating any source of greenhouse gas (GHG) emissions. Justice Antonin Scalia at the time said EPA should not seek an “enormous and transformative expansion” of its authority to regulate GHGs. The ruling, though, also reaffirmed EPA’s authority to regulate power plant emissions.

The group also was involved in a case, Massachusetts v. EPA, in which states and cities sued the George W. Bush administration in an effort to force the EPA to regulate GHG emissions. UARG in petitions and briefs defended the Bush EPA, and said the issue did not merit a Supreme Court review. The Court in 2017 disagreed with that stance, ruling 5-4 in favor of the states. That ruling was a bellwether for current EPA proposals to limit GHG emissions from power plants.

UARG has argued against several EPA regulations from the Obama era, including carbon emissions and mercury rules for existing and future coal plants, many of which have been revised or repealed during the Trump administration. UARG is currently helping defend the EPA in at least six lawsuits regarding air pollution rules; it’s not clear how the group’s disbandment will affect those cases.

Last week, two Democratic senators called for a probe of Wehrum’s office after comments from a former lobbying client of Wehrum’s were placed verbatim into an EPA memo. Tom Carper (D-Del.) and Sheldon Whitehouse (D-R.I.) asked for an investigation of Wehrum and Harlow, who with Wehrum also did lobbying for Hunton Andrews Kurth.

Whitehouse and Carper said they think Wehrum and Harlow may have violated their pledge when they joined EPA to recuse themselves from dealing with former clients, which included the Air Permitting Forum, a coalition based at the firm that may include former clients of Wehrum and Harlow. The Hill, a news organization covering the federal government, reported the two may have recused themselves from clients, but “they do not appear to have recused themselves from dealing with the forum.”

“These groups are just another avenue for industry to surreptitiously exert its influence over EPA,” Carper and Whitehouse wrote in a news release. “Clearly there is a systemic issue at the EPA Office of Air and Radiation. There appears to be no end to the sham associations housed at Bill Wehrum and David Harlow’s former law firm that now have a direct line to power.”