The last four coal-fired units at the Schahfer Generating Station in Wheatfield, Indiana, are expected to close by 2023. (Courtesy: NIPSCO) 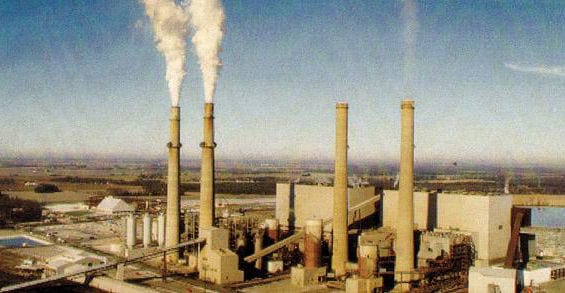 The U.S. Department of Energy (DOE) has earmarked $64 million in additional funding for research and development of smaller, more efficient, and cleaner coal plants. Energy Secretary Dan Brouillette on Feb. 7 announced the money would be part of the DOE’s “Coal FIRST Initiative,” telling the audience at an Atlantic Council meeting Friday in Washington, D.C., that the program is designed to “produce more coal power more efficiently and transform it into a near zero-emission energy source.”

The Atlantic Council calls itself a “nonpartisan organization that galvanizes U.S. leadership and engagement in the world, in partnership with allies and partners, to shape solutions to global challenges.” The agency’s international advisory board includes former prime ministers and presidents from Australia, Denmark, Pakistan, Poland, Spain, and Sweden, among others.

“Coal is a critical resource for grid stability that will be used in developing countries around the world well into the future as they build their economies,” said Brouillette in a news release detailing the funding opportunity announcement (FOA). “Investing in R&D [research and development] for cleaner coal technologies will allow us to develop the next generation of coal plants for countries to use this valuable natural resource in an environmentally responsible manner.”

The Coal FIRST (Flexible, Innovative, Resilient, Small, Transformative) initiative, announced in April 2019, is touted as a way to provide federal government help to “develop the coal plant of the future needed to provide secure, stable, and reliable power.”  The DOE’s Office of Fossil Energy last year said about $100 million in federal funding would be made available for “cost-shared R&D projects that focus on developing the critical components required by Coal FIRST systems.”

Brouillette said the DOE funding is not supplied to “subsidize” the coal industry. He said he recognizes the use of coal in power generation will continue to decline, but said the initiative’s purpose is to foster development of technologies to make coal-fired generation cleaner. He also said those technologies could then be exported to developing countries that rely on fossil fuels to produce electricity.

“There is still a bright future for coal and we just have to continue to develop that,” Brouillette told media members after addressing the Atlantic Council. His speech to the council emphasized the Trump administration’s “all of the above” approach to U.S. energy, just days after the DOE announced $125.5 million in new funding for advanced research into solar power. He touted U.S. energy development, saying, “With U.S. energy production now at record levels, the world is no longer subject to the will of countries who seek to do us harm.”

Brouillette also talked about other areas the DOE is targeting to help with decarbonization, including extracting rare earth minerals from coal that can be used to “allow more energy storage and renewables.”

The latest FOA focuses on seven areas of interest (AOIs) for cleaner coal technology. According to a DOE news release, those include:

AOI 1: Pressurized Fluidized Bed Combustor with Supercritical Steam Cycle Power Plant System. Projects developed under this AOI will support a system based on pressurized fluidized bed combustion within a supercritical steam power plant that operates at an elevated pressure to enhance combustion with the capability of co-firing with natural gas or biomass. Specific critical components of interest include projects pertaining to the pressurized post-combustion capture sub-system and integrated energy storage sub-system.

AOI 3: Direct-Fired Supercritical Carbon Dioxide Power Plant System. Projects under this AOI will support the commercialization of the direct-fired sCO2 power plant system, which has the potential to produce electricity at a lower cost than current state-of-the-art natural gas- and coal-fired systems. Specific critical components of interest include the syngas oxy-combustor and the sCO2 turbine.

AOI 4: Gasification-Based Poly-Generation. Projects under this AOI will support the commercialization of critical components for a gasification-based, poly-generation system, which leverages an innovative application of largely established technology components to design and develop a coal-based, poly-generation system that contributes to the modern bulk power system. Specific critical components of interest include the pre-combustion capture sub-system and the devolatilizer/gasification subsystem.

AOI 7: Flameless Pressurized Oxy-Combustion Power Plant System. Projects under this AOI will support the commercialization of critical components for a flameless pressurized oxy-combustion (FPO) power plant system. DOE seeks R&D to design and test the operability and performance of the integrated FPO system.

The DOE said it expects to select as many as 14 projects during this new round of funding.