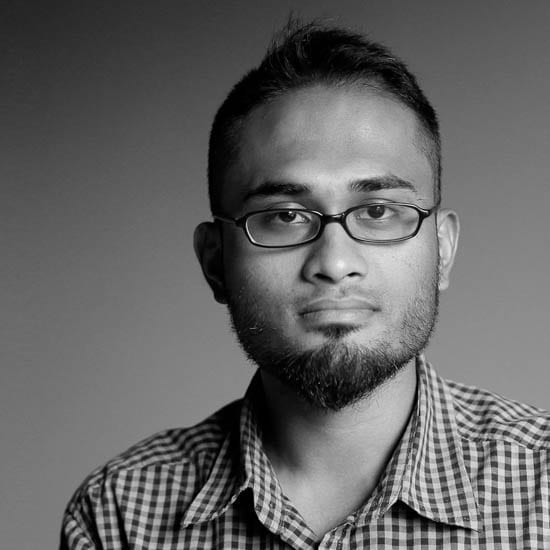 We were standing in Volgodonsk, Russia, on a bridge that connected the third and fourth units of the Rostov Nuclear Power Plant (NPP). The fourth unit was under construction, and the deputy chief engineer of the Rostov NPP, Alexander Belyaev, told us that we were about to witness something unique.

It was December 1, 2015, and winter was officially starting in Russia. Walking into the massive fourth unit as a member of a group of journalists from Bangladesh touring the site, I quickly realized part of the construction had not yet been completed—the heating. Amid freezing cold weather, we were directed into an elevator that took us to the top floor of Unit 4.

“Now we are going to enter into the reactor room where the nuclear pressure vessel has just been installed,” said Belyaev. “It is one of those rare occasions where you can see the inside of a reactor vessel, because when the uranium fuel will be loaded then it will be confined and you will not be able to see inside.”

We entered into the room where the nuclear reactor had just been installed. Belyaev told us that the same type of nuclear reactor, called a VVER-1200, would be used in the NPP in Rooppur in Pabna district of Bangladesh.

“It’s one the most modern and safest type of reactors available in the world now,” Belyaev told us. “Upon implementation of the project, Bangladesh will be able to enter into the prestigious league of countries that are using nuclear power to produce electricity.”

It was on December 25, 2015, that Bangladesh signed its largest-ever deal of $12.65 billion with Russia to construct the plant. Of this, $10.1 billion was fixed as the base price, $1 billion was allocated for soil stabilization and further cost, and the remaining $1.65 billion was set aside for price escalation. Russia is expected to provide $11.38 billion of the total cost, and the rest will come from the government exchequer. Bangladesh will clear the total loan within 28 years with a 10-year grace period.

The mega project is being implemented by state-run Bangladesh Atomic Energy Commission (BAEC) with financial, technical, and technological support provided by Russia through its state nuclear agency Rosatom.

The Rooppur plant is designed to add 2,400 MW of electricity to the national grid by 2024, helping the country meet its increasing demand for electricity. The first unit is expected to begin operating by 2022, and the second by 2023. An official said the plant would use a new generation reactor that has a lifespan of 60 years with an option of extending it for 20 additional years.

While inaugurating the construction work, Premier Hasina said this is “a joyful day for us” and criticized those who have raised various questions about the need for a nuclear power plant in Bangladesh. “I think those who raise question lack self-confidence,” she said.

Hasina said the design of the Rooppur Nuclear Power Plant had been developed in such a way that it will not succumb to any accident, natural or manmade. “All measures have also been taken so that it does not cause any harm to human beings and environment,” she said.

One of the main concerns for any nuclear power plant is waste management. “Russia will take the wastes and we’ve struck a deal in this regard with Russia,” Hasina said.

Is Nuclear Power a Rational Choice?

Since the planning phase, some experts have raised several concerns about the Rooppur Plant. They claim nuclear power plants are ill-suited for Bangladesh due to its dense population and the constant threat of natural disasters.

Mo Chaudhury, associate professor of finance at McGill University in Canada, called for a careful evaluation, questioning how Rooppur’s 2,400 MW would vitally address the longer-term power needs of Bangladesh.

“If the economy and the population continue to grow, this percentage will dwindle even further beyond 2030,” he said. Thus, unless Bangladesh becomes infested with NPPs, the nuclear choice is unlikely to make a dent in the country’s growing need for power over the longer haul, he added.

Meanwhile, Abdul Matin, a nuclear engineer and a former high-ranking official with the BAEC, told me that after the disastrous nuclear accident at Fukushima in 2011 many countries, particularly in Europe, decided to phase out nuclear power plants. Russia, China and India, on the other hand, continued with nuclear power but “incorporated new safety features in the designs that increased the cost of the power plants significantly,” he said.

Dr. Joachim Knebel, chief scientist at Karlsruhe Institute of Technology in Germany, who I met at the OpenAccess Energy Summit held at the University of Waterloo in Canada, told me that his country—a European nuclear power leader—is gradually phasing out its nuclear power plants. It was in April 2016 during the second day of the Summit, organized by Waterloo Global Science Initiative (WGSI), that energy experts like Knebel gathered at the aesthetically decorated Perimeter Institute for Theoretical Physics to discuss and chalk out plans for future energy security. I was there as a journalist invited by Vancouver-based Discourse Media under a fellowship program.

Knebel said that the German phase-out plan involved a philosophical and moral argument about the best way to reduce reliance on fossil fuels and limit carbon dioxide emissions. The country ultimately decided to establish an energy future centered on renewable energy, rather than nuclear power.

“It’s easy to say, ‘Let’s just go for renewables,’ and I’m quite sure we can someday do without nuclear, but phasing out nuclear power plants, which used to generate nearly 30% of Germany’s electricity, is not an easy task,” Knebel said.

Professor Dr. Ortwin Renn, another German who directs the Stuttgart Research Center for Risk and Innovation at Stuttgart University, was also a participant of the OpenAccess Energy Summit. He, too, told me that Germany’s share can be substituted by renewable energy sources and has been over the past decade.

“The installed capacity for renewables has exceeded the installed capacity of nuclear in Germany. However, the electricity system has to cope with the problem of volatility of renewables, requiring additional storage and back-up facilities. In addition, without nuclear energy it is more difficult to phase out coal now.”

Renn said the decision of whether to accept the risk associated with nuclear power or trust in unreliable renewables should be left to Bangladesh’s residents. Germany decided to phase out nuclear energy because of the number of people living in close proximity to nuclear reactors.

Nuclear Power: Does Bangladesh Have a Better Option?

The situations in Germany and Bangladesh, however, are far from the same. While a technologically rich and advanced country like Germany can afford to phase-out nuclear power in exchange for options like renewables, a lower-middle-income developing country like Bangladesh could struggle with that option.

Around 70% of Bangladesh’s electricity (15,761 MW) comes from natural gas. The country’s proven gas reserve—18 trillion cubic feet (Tcf)—will run out relatively soon. After that, Bangladesh would have to import liquefied natural gas or coal to supply its expected 34,000-MW electric demand in 2030.

Already the Bangladesh government has started erecting three large coal-based power plants (1,200 MW each) with the help of the private sector. There are plans for more to come. Under the circumstances, the local experts and environmentalists face the dilemma of choosing between more coal or nuclear power.

Dr. Shamsul Alam, a professor of electrical and electronic engineering at Daffodil International University in Bangladesh, suggested that for baseload power, a 2,400-MW nuclear plant could only be replaced by a large coal-based power plant.

“Bangladesh, a densely populated country, doesn’t have the viable option for renewables, because to have a 100-MW solar power plant you need to have 500 acres of land, and lands are scarce in this 144,000-square-kilometer country,” said Alam, who also acts as the energy advisor of Consumers Association of Bangladesh.

Dave Lochbaum, director, Nuclear Safety Project, for the Union of Concerned Scientists (UCS), a nonprofit science advocacy organization based in Cambridge, Massachusetts, however, believes the situation in Bangladesh today is similar to the one that existed in the U.S. in the 1960s and 1970s. I met Lochbaum during a nuclear energy workshop at the University of Missouri in January 2016. Workshop attendees, too, were divided about the efficacy of using nuclear power for electricity generation.

Lochbaum told me that back in the 1960s this very dilemma motivated him to become a nuclear engineer. “More than half of U.S. electricity came from burning coal. Coal has large environmental consequences during the mining and production stages. Nuclear power has a much smaller environmental footprint; considerably more energy is extracted for the same amount of fuel,” he said.

When the risks of nuclear power can be managed to an acceptably low level, Lochbaum said, one can derive environmental benefits. “But as Chernobyl and Fukushima remind us, failing to properly manage the risks can cause significant environmental and financial consequences,” he added.

—Faisal Mahmud is a journalist from Bangladesh.