DALLAS–(BUSINESS WIRE)–Panda Power Funds today announced that its affiliate Panda Temple Power, LLC has successfully completed the financing on its planned 758-megawatt natural gas-fueled, combined-cycle power plant in Temple, Texas. The company will immediately start construction on the 250-acre site and expects commercial operations to begin by the end of 2014.

The state-of-the-art plant will utilize the latest, most advanced combustion turbine and emissions-control technology, making it one of the cleanest, most efficient natural gas-fueled power plants in the United States. 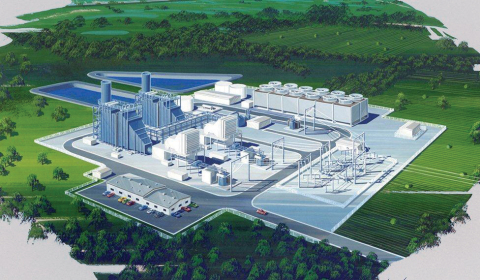 “It has been an uphill battle, in a very difficult financial market, to get this project off the drawing board and out of the ground,” said Todd W. Carter, president and senior partner of Panda Power Funds. “Since the beginning, our team never lost sight that Texas needs the power. Thanks to our financial partners, our Panda team and the strong backing of state and local officials, the State of Texas will soon be the beneficiary of critically needed electricity, more jobs and greater economic development.”

Temple, Texas Mayor Bill Jones said the generating facility will provide the power necessary to locate future industries and jobs in the Central Texas area. “Equally important, this plant will enhance Temple’s economy in the near term as well.”

Lee Peterson, president of the Temple Economic Development Corporation added, “The Panda Temple plant will enlarge payrolls, expand the tax base and drive revenues for contractors, suppliers, service providers, hotels, restaurants, retailers and a host of other businesses.”

According to an economic impact analysis conducted by Impact Data Source of Austin, Texas, the construction and ongoing operation of the plant is expected to contribute up to $1.6 billion into the area’s economy during construction and the plant’s first 10 years of operation. An estimated 700-800 personnel will be employed to construct the Temple power plant at peak construction. During operations, the generating station will create an estimated 27 skilled jobs to operate the facility and 45 indirect jobs within the community to support the plant.

Panda Power Funds selected a turn-key construction consortium of Bechtel and Siemens Energy Inc. to build the generation facility. The firms are two of the largest power contractors and technology providers in the world.

Equity financing for the project is being provided by Panda Power Funds and other financial institutions.

The Temple Generating Station will be located at Synergy Industrial Park. Once completed, the generating station will be able to supply the power needs of approximately 750,000 homes in the Central and North Texas regions.

Founded in 2010, Panda Power Funds has the ability to internally source and develop, acquire, invest in, and operate large-scale, natural gas-fueled power generation facilities. The company recently built a utility-scale, 20-megawatt solar farm in Pilesgrove, New Jersey — one of the largest solar farms in the northeast United States. The private equity firm is headquartered in Dallas, Texas. Additional information on Panda Power Funds can be found at www.pandafunds.com.

Bechtel is among the most respected engineering, project management, and construction companies in the world. We stand apart for our ability to get the job done right — no matter how big, how complex, or how remote. Bechtel operates through five global business units that specialize in civil infrastructure; power generation, communications, and transmission; mining and metals; oil, gas, and chemicals; and government services.

Since its founding in 1898, Bechtel has worked on more than 22,000 projects in 140 countries on all seven continents. Today, our 53,000 employees team with customers, partners, and suppliers on diverse projects in nearly 50 countries. www.bechtel.com

About The Siemens Energy Sector

The Siemens Energy Sector is the world’s leading supplier of a complete spectrum of products, services and solutions for power generation in thermal power plants and using renewables, power transmission in grids and for the extraction, processing and transport of oil and gas. In fiscal 2011 (ended September 30), the Energy Sector had revenues of EUR24.9 billion and received new orders totaling approximately EUR31.8 billion and posted a profit of EUR3.9 billion. On October 1, 2011, the Energy Sector had a work force of more than 82,000. Further information is available at: www.siemens.com/energy.