David Crane was the face of NRG Energy, a visionary executive, for a dozen years. He was building a company on a large base of fossil-fueled non-utility generation supporting  a transition to a purveyor of non-utility, distributed generation based on renewables, both large-scale wind and solar, and a network of rooftop photovoltaic systems linked together and owned by NRG.

It was Crane’s vision entirely. It was revolutionary. Crane proclaimed NRG as the “Google of energy.” The NRG board fired Crane this month, although they refused to acknowledge the nature of the deed. 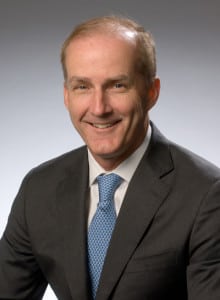 Last May, Crane told veteran energy reporter Bill Loveless, “I’m very bullish on the idea that within three to five years, people will be able to go off the grid. And whether it’s the technologies we’re investing or not, ultimately I want to have the partnership with consumers where people who want to go off the grid will come to us for the best way to do it.”

Oops. It wasn’t working. The company’s stock was getting killed on Wall Street. NRG’s much more important NUG business was struggling in the face of low natural gas prices and slow demand for electricity. Crane’s vision was blurred, leading to escalating losses.

Crane’s notion of booming green energy failed in the market, the ultimate business test. The Wall Street Journal reported that Crane’s “billion-dollar investment in renewable energy failed to generate the profits that Mr. Crane had anticipated and became a drag on the company’s stock….” At the end of 2014, NRG shares were trading at $27. At Crane’s departure, the price was $11/share, an 11-year low.

Crane and NRG largely invented the “YieldCo” as a way to leverage low interest rates to finance renewable investments. While initially performing well and attracting copycats, the “NRG Yield” initial public stock offering soon turned sour. Greentech Media commented, “NRG Yield was the first YieldCo to IPO in 2013, and then saw modest growth through 2014. This year, the company’s stock took a nosedive — along with other YieldCos — as investors questioned the model.”

After a dozen years at the helm of New Jersey-based NRG, Crane’s forward looking strategy, combined with poor results, caused the company’s board to force him to walk the plank. Press accounts, based on what NRG has said, described it as a resignation. I don’t buy that. No CEO of a major corporation tells the board, “I’m resigning, effectively immediately.” The board coerced the CEO’s walk into the cold, deep and blue water.

While Crane’s renewable plays were not playing out, low natural gas prices were undermining NRG’s fossil plants in merchant power markets. In the first three quarters of 2015, NRG lost about $78 million on $11.6 billion in revenue. In the months before his firing, Crane proposed a company restructuring that would split off the losing renewable businesses to concentrate on its original business of large-scale merchant power.

NRG hasn’t been alone in seeing the merchant generating business in decline. Houston-based Dynegy has seen stock losses mirroring those of NRG. Dynegy’s stock has plummeted from a 52-week high of $35/share to $11/share in mid-December. The Street market analysis firm downgraded Dynegy to “sell” on the results.

What’s ahead for NRG? Analyst Jigar Shah told GreentechMedia that NRG would soon look like Dynegy, with its concentration on large fossil-fueled plants.  “If you’re the new CEO of NRG,” he said, “your marching orders are to go back to owning very large power plants and keep giving [investors] a cash dividend.” Moody’s Investors Service official Toby Shea said, “I think the biggest thing about Crane’s departure is that it solidifies the move away from home solar and distributed generation.”

As for Crane, 56 and financially muscular, he’s joining the “B Team,” a non-profit group of business leaders working on advancing global environmental issues. The organization says: “OUR VISION OF THE FUTURE is a world in which the purpose of business is to become a driving force for social, environmental and economic benefit.” Among the leaders are British entrepreneur Richard Branson, U.S. media mogul Arianna Huffington, and Bangladeshi banker and Nobel Prize laureate Mohammad Yunus.