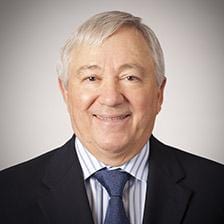 Americans now face the highest inflation rates in more than a generation. That’s certainly true for energy prices, where oil has soared past $100 a barrel. Americans are now paying $5 a gallon for gas on average heading into the summer. But energy scarcity and high prices aren’t just problems for consumers; they’re problems for investors too, including virtually every American who saves for retirement. Yet, instead of engaging in serious debate about the best way to deliver more energy to American markets, the Biden administration continues distracting from the real issues with ineffective policy, and a poor understanding of the oil and gas industry and its markets.

They also lack understanding of the importance of offshore leasing, as renewal of the Interior Department’s five-year offshore leasing program has not been prioritized, even with this month’s deadline rapidly approaching. Secretary Haaland finally announced a new five-year plan will be released, yet it will take months at minimum for any plan to officially begin.

The Biden administration’s announcement indicating they will resume leasing for natural gas and oil production on federal lands is hardly encouraging for the objectives to strengthen America’s energy security and reduce energy prices. The plan will increase the federal royalty rate for the first time to 18.75% from 12.5%. In other words, energy companies will need to pay significantly higher fees for their own operations. Ultimately, consumers will bear the brunt of these higher costs.

The Interior Department’s decision reduces 80% of the acreage of land that had been under evaluation for leasing. These restrictions will not boost the domestic supply and production of energy. Energy prices are likely to increase as a result. Judging by this, one could anticipate similar restrictions will also be placed on the new five-year program when it’s announced.

Why should this misinformation matter to investors? Because most broad indexes, including mutual funds, almost invariably own shares in U.S. energy companies. That means most Americans have a broad stake in the future of the U.S. energy sector, which today is being constrained to a large degree by domestic policies that limit supply and boost prices.

Just consider the facts. Today, oil production from federal lands and offshore constitutes almost a quarter of total U.S. oil production. And with nearly two out of three leases producing, the U.S. is at a two-decade high for the percentage of federal leases currently producing. Compared to the 100,000 producing wells on federal lands, the roughly 9,000 unused leases noted by some critics are marginal. Plus, with a three- to four-year assessment process for onshore leases and a seven- to eight-year process for those offshore, those dormant leases might very well eventually bear fruit.

Rather than distract and misinform, the Biden administration can and should reverse course. Increased energy demand is the most powerful factor driving increasing energy costs. Oil and gas are in short supply for a variety of reasons, including the administration’s restrictions on new exploration and production. As a result, crude oil prices have rapidly increased and home heating fuel costs are up more than 40%.

As for solutions, unleashing the U.S. energy supply and supporting pipeline infrastructure would not only help consumers, but boost the long-term performance of energy companies, in turn benefiting investors. For example, natural gas has increased its market share more than any other energy source and coal-to-gas switching has saved an estimated 500 million metric tons of carbon dioxide since 2010. Supporting natural gas would be good for investors, since the U.S. is a top gas producer and is poised to increase exports of liquefied natural gas (LNG) to willing customers such as India, China, and Germany.

Public officials haven’t done enough to support infrastructure projects to advance lower-carbon gas consumption. For example, the Energy Department should follow through on its stated commitment to encourage LNG exports by approving outstanding export applications. They should approve exports to non-free trade agreement countries. By doing so, the U.S. can provide the world a useful tool against climate change, ensure enough energy supply to put downward pressure on prices, and reward energy investors with stable returns.

American consumers have much to gain from policies like federal and offshore leasing, and pipeline projects that increase energy supply. If U.S. leaders want to ease energy prices and create a trajectory for long-term rewards for investors, they’ll take concrete steps to boost American energy supply and support much-needed energy infrastructure.

—Guy Caruso is a former administrator of the U.S. Energy Information Administration and a Center for Strategic and International Studies senior adviser in the Energy Security and Climate Change Program.