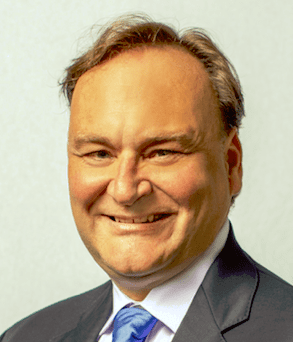 As a professional power analyst and former hydrologist who literally got my feet wet scheduling hydropower -generation on the Columbia River, the emergence of rolling blackouts in the Pacific Northwest, especially as an expense of a changing climate, is the last thing I want to see happen.

This year’s record-breaking heat wave is a brutal reminder that a warming climate will reduce the renewable energy—specifically hydro-generation—that the Pacific Northwest has had the fortune of having an abundance of for nearly 100 years. This is because a warmer, drier climate will lead to high air pressure resulting in weaker wind streams and earlier snow melt. And, lower water levels evaporate the opportunity for hydropower and less wind generation during heat waves.

In the future, Pacific Northwest grids will replace some of the lost supply with utility-scale batteries to store power when there is excess power and release power when renewables are not available. As we wait for tomorrow’s answer to today’s electric grid reliability concerns, the answer could be stronger regional conservation programs.

For decades, residents of the Pacific Northwest have led the nation in forward-thinking environmental policy to reduce impacts and emissions.

As temperatures rise to new heights and the region plans for a warmer future, more demand is emerging as businesses, schools and residences install and run air conditioning units hard during the summer months. Today, Seattle and Portland rank first and third respectively for major U.S. cities with the fewest air-conditioned households, according to the U.S. Census. This will change.

Demand for electricity is sure to climb in coming years. The Northwest must continue to rely on its fleet of hydro-generation (the largest on the continent), wind power, solar, and natural gas.  However, as more coal units retire in the coming years more innovative thinking and strategies will be needed.

As an analyst covering the region for the last thirty years, I’ve witnessed the shifts in generation. Snow melt peaks that used to occur in Mid-June, providing ample supplies into July, have slipped into May or even April. This results in smaller supplies, too, and those must be replenished quickly to keep up with demand.

Enverus forecast data show the region will have a shortage of power supplies, requiring a reliance on outside states for emergency supplies. While these suppliers provide reliable power, weather events and other crises are bound to happen, such as forest fires. Importing supplies is never as reliable as having a power plants right in your own backyard. Especially as the entire west continues to heat up and forest fires become more frequent.  We are reminded of that as fires continue which nearly implemented rolling blackouts last month as a major transmission line between the Northwest and California had to go out of service because of the Bootleg Fire in South-Central Oregon. As Enverus measured load reductions on June 26th and June 27th, it was clear that conservation programs already in play helped the region from experiencing more widespread outage problems.

Outside of the Pacific Northwest, the 4CP and 5CP programs have been utilized in Texas and the Mid-Atlantic, respectively, to incentivize heavy industry to curb power consumption during monthly peak load events. To date, large-scale initiatives to incentivize industrial consumers to curb power do not exist on a regional basis.

Utility-scale batteries along with renewable power can and will be the answer for the sometime in the future. Until then, electricity demand is increasing, and conservation will be the only temporary fix to avoid continued grid reliability concerns.

—Rob Allerman is Senior Director of Power Analytics at Enverus. Before joining Enverus, Rob was Head of North America Power Analytics at EDF Power Trading in Houston, Texas, and spent many years as a power analyst at Deutsche Bank. Rob also worked in the Pacific Northwest for nearly 10 years at Power Utilities; Bonneville Power Administration; and started his career as a hydrologist for the federal government.