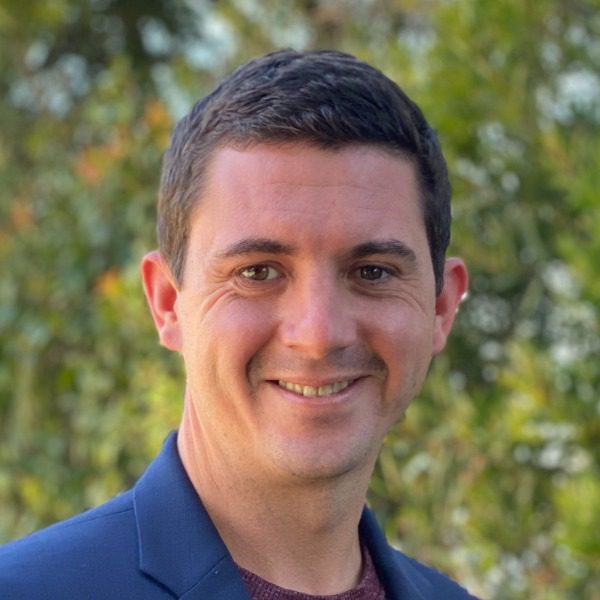 On Friday, November 5, Congress passed a landmark infrastructure bill that apportions $65 billion to rebuilding our aging electric grid. Although we should applaud this long overdue measure, we need to be realistic about its impact.

$65 billion is not nearly enough to modernize the U.S. electric grid, nor is it enough to protect against weather-related outages and cyberattacks. We continue to depend on three centralized grids that aren’t supposed to fail but regularly do. Meanwhile, global efforts to reduce carbon emissions to net-zero by 2050 mean we’ll place even more demand on this fragile infrastructure.

A resilient and centralized grid is an impossibility. The U.S. can, however, build distributed microgrids that accelerate the energy transition through market forces and mitigate the risks of ever-increasing grid failures. To get there, Washington needs to legislate a new electrification strategy.

Mass Electrification Is Coming for Our Unprepared Grid

When the 2021 United Nations Climate Change Conference (COP26) in Glasgow, Scotland, ended on November 12, 190 nations including the U.S. agreed to contain increases in global average temperature below 2C. Whether or not future administrations uphold the Glasgow Climate Pact, many automakers plan to phase out combustion engine vehicles and, like most countries, strive for net-zero emissions by 2050. In other words, mass electrification of transportation is coming to the U.S., like it or not.

Scientists at Princeton University estimate that to achieve net-zero by 2050, the U.S. would need to put 50 million electric vehicles (EVs) on the roads and install three million or more public charging ports by 2030. This path to net-zero will place unprecedented demands on the electric grid. The U.S. electric power sector had an installed capacity of 1,062.6 GW in 2020 and that is expected to increase to 1,681.5 GW by 2050. That means we not only need to replace any retiring power generation capacity, but also add 58% more capacity to the U.S. fleet—much of it from renewable sources—in 28 years or less.

Meanwhile, power failures in the U.S. have increased by 60% since 2015, sometimes with tragic consequences. Texas’s deep freeze in February 2021 left 4.5 million people without power, heat, or clean water and caused more than 150 deaths. Hurricane Ida left 1.2 million electricity customers without power in September. In California, electric equipment belonging to Pacific Gas & Electric (PG&E) was responsible for 1,500 fires between 2014 and 2017. Indeed, PG&E pleaded guilty to 84 counts of involuntary manslaughter for the 2018 Camp Fire.

Although market forces are driving adoption of clean power sources, our existing grid is a strategic liability in an increasingly electrified economy. By one estimate, the cost to decarbonize the U.S. grid with existing technology is $4.5 trillion over 10 years, factoring in the cost of new renewable capacity, energy storage, high-voltage transmission lines, and materials. A $65 billion investment in the grid, though laudable, is not a solution to our predicament.

The electrification of transportation combined with the frailty of America’s electric grid raises the question: what alternatives do we have? It seems unconscionable to let U.S. transportation, sewage and water treatment systems, hospitals, and more depend on infrastructure that has not only failed, but also led to avoidable deaths and destruction. Rather than double down, Washington needs an electrification strategy that produces a more distributed, resilient grid.

A distributed grid is one in which numerous microgrids—powered by solar arrays, wind turbines, and other localized sources—generate, store, and supply electricity independent of the centralized grids. They can also sell energy to a centralized grid when they generate surpluses. A resilient grid is one built with redundancies, meaning that if one power source or microgrid fails, electricity users automatically tap into another available source, without interruption.

Unfortunately, current legislation incentivizes consumers and businesses to use centralized grids rather than adopt these distributed and resilient alternatives. For example, consider the federal government’s Alternative Fuel Vehicle Refueling Property Credit, which offers a 30% tax credit on the cost of installing an EV charging system, up to $30,000 for business properties and up to $1,000 for at-home use. This credit only covers grid-tied solutions that require trenching, electric work, and construction fees, while excluding autonomous microgrids. Though well-intended, this incentive encourages EV ownership without addressing its impact on an already fragile grid. The U.S. can do better.

At present, on-grid and off-grid EV charging solutions don’t compete in a fair market. This is a problem both for energy security and America’s net-zero commitments. To innovate a better grid, we need legislators to level the distorted playing field with a new electrification strategy.

First, and foremost, this strategy must eliminate an estimated $20 billion in U.S. fossil fuel subsidies, which are littered through the U.S. tax code. A market that continues to falsify the price of coal and gas-fired electricity will slow development and adoption of clean alternatives.

Second, and closely related, we need to rethink tax incentives that shift the geography of carbon emissions without eliminating them. Fossil fuels accounted for 60.6% of U.S. electricity generation in 2020, meaning that an EV could be gas- or coal-powered depending on where in the country it charges. Incentives to install EV charging systems should be scaled based on the percentage of the electricity that will come from carbon-zero sources. 100% renewable charging systems, whether on or off grid, deserve more generous credits than EV installations that would power a Tesla with coal.

Third, future infrastructure bills need to allocate funds both to the centralized grids and to distributed grids. Without explicit language to this effect, government funding is bound to benefit electric utilities at the expense of microgrid innovators that are uniquely capable of providing a resilient, parallel system. Frankly, legislators could show their constituents a much greater return on investment with microgrids as compared to centralized grids, for which $65 billion is more of a Band-Aid than a banner achievement.

U.S. climate commitments, infrastructure spending, and EV incentive programs are putting the U.S. electric grid under demands it cannot meet. While we should celebrate the bipartisan infrastructure bill and the $65 billion that will be spent on the electric grid, let’s build upon it. Without a national electrification strategy that includes distributed, decentralized microgrids, we are setting up our country for energy insecurity.

—Brad Groters is in Government Relations with Beam Global.