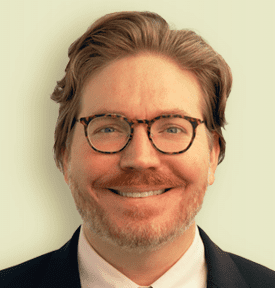 Under current law, there are significant tax benefits for renewable energy projects in the United States. These benefits include nonrefundable ITC and PTC tax credits and depreciation deductions.  From the perspective of a renewable energy developer, however, such tax benefits may be difficult to use effectively.  Currently, ITC and PTC tax credits are nonrefundable, meaning that developers with tax liability lower such credit will face difficulties effectively utilizing such excess credit.  Developers face a similar problem with depreciation deductions, as these will only operate to reduce taxable income.  If a developer does not have enough taxable income to utilize these depreciation deductions, it will be difficult to effectively utilize such excess.

Murphy and Hunt also argue that certain types of credit may be easier to replace with direct pay than others.  They explore the example of a PTC partnership flip structure.  There, a tax equity investor would commonly provide significant capital upfront in exchange for a 10-year credit stream.  They compare this to a PTC project that elects the direct pay option.  Here the developer would not receive cash upfront, and Murphy and Hunt argue that this may not be a great fit for developers who are accustomed to paying off construction debt with tax equity proceeds early in a project’s life cycle.

Another limitation of the direct pay option analyzed by Murphy and Hunt, here compared to a traditional tax equity ITC structure, is that in such a traditional structure the project is often sold into the tax equity structure.  This will lead to a step up in basis for the project and accordingly an increase in the ITC, which is based on the basis of such project.  Murphy and Hunt point out that an ITC project electing the direct pay option may not benefit from this step-up in basis and thus will result in smaller credits.

Ultimately, Murphy and Hunt conclude that it is not clear what the impact of the direct pay option on the tax equity market will be and offer the possibility that it may not eliminate the tax equity market, but rather serve as an additional tool for developers to consider.  Of course, the direct pay proposal has an unclear path to enactment and could change, perhaps significantly.

—Doug Jones is an Austin-based partner with the law firm Husch Blackwell LLP where he counsels businesses on complex tax structures and guides nonprofits on tax exemption.