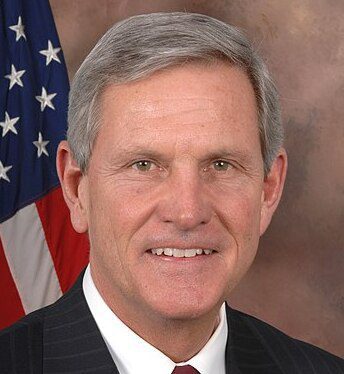 Crafting solutions to address the pressing challenges of our time is Congress’s foremost job. There is no doubt that policy-making can be messy, take time, and require compromise. But, overall members and their staff do incredible work for the American public. During my tenure serving Indiana’s 9th Congressional District, I prided myself on working with colleagues who were thoughtful, focused, and fair-minded in moving our country forward. As the response to the pandemic has shown, Congress can come together and accomplish big things.

When I was in Congress, we did the same in response to the great recession and took major steps on climate change. It has been abundantly clear for decades that our climate is changing from our modern lifestyle. Temperatures have been becoming more extreme, sea levels have been rising, and storms have become more intense. We had to prioritize efforts to address this global challenge.

I worked collaboratively with my colleagues on the House Energy and Commerce Committee in the mid-2000s to reduce carbon emissions. I co-authored a bill with my friend Rep. Lee Terry (R-Neb.) to increase fuel-efficiency standards for automobiles. Our bipartisan proposal was included in the Energy Independence and Security Act of 2007—a comprehensive package passed by a Democrat-majority Congress and signed into law by a Republican president.

I also helped lead efforts to enact “cap-and-trade” legislation through the bipartisan American Clean Energy and Security Act, the first ever comprehensive clean energy and climate legislation to pass a house of Congress. Unfortunately, that bill was not enacted. I also backed an economic recovery package that provided more than $90 billion in strategic clean energy investments and tax incentives to promote job creation and the deployment of low-carbon technologies, energy efficiency, renewable energy, and public transit.

This work has continued; maybe not as fast or aggressive as some want, but that’s policy-making. President Biden’s signature bipartisan infrastructure law included $47 billion in climate resilience funding that will help communities upgrade infrastructure and mitigate damage. Sen. Joe Manchin (D-W.Va.) recently noted he plans to work on a bipartisan package to address energy and climate. Building lasting majorities takes hard work, but it creates a product that has broad public support and tends to stand the test of time.

That’s why I find the effort by some to force climate policy into the courts to be so wrong. To date, some two-dozen local and state governments are suing U.S. and European energy producers, saying the companies are responsible for climate change. They are collectively asking for billions of dollars in damages to repair or retrofit infrastructure. Why? Because they don’t like the fact that the companies opposed some of the climate legislation we were trying to pass and raised questions about arguments we were making.

A back-and-forth policy debate is a necessary part of the process. None of us were deceived about the impacts of energy production—in fact, all human activity—on climate change. Making anyone, here energy producers, liable over society-wide issues based on political dialogue—no matter how much we may disagree with it—sets a dangerous precedent. The American way is to encourage, not silence, our political opponents. That’s the only way to bring them to the table so we can develop meaningful and lasting change.

Shifting responsibility for climate policy to the courts could have disastrous results for American families and businesses. A lawyer involved in the Colorado lawsuits proclaimed the aim of these lawsuits is to “raise the price of the products,” meaning the oil, gas, and electricity, we use every day. Manufacturers’ Accountability Project Special Counsel Phil Goldberg noted recently that increasing energy prices is “a cynical tactic that comes at a time when our energy security is threatened by global events and when Americans are already facing rapidly rising prices.”

Deciding whether to raise energy prices to deal with climate change is a policy decision, but is one that would not work for many families who are already struggling with soaring energy prices. For businesses, energy is a significant input and raising energy prices would add to the inflation that also is already hurting so many people.

Finding ways to drive innovations that lower carbon emissions must be the priority in fighting climate change. Accomplishing this goal is possible, especially as Congress debates solutions, but not if these counterproductive lawsuits get in the way. Let’s let American policymakers lead us to a lower carbon future. That’s the only way to make a positive, lasting difference.

—Baron Hill served as the representative for Indiana’s 9th congressional district from 1999–2005 and 2007–2011, and was a senior member on the House Energy and Commerce Committee.