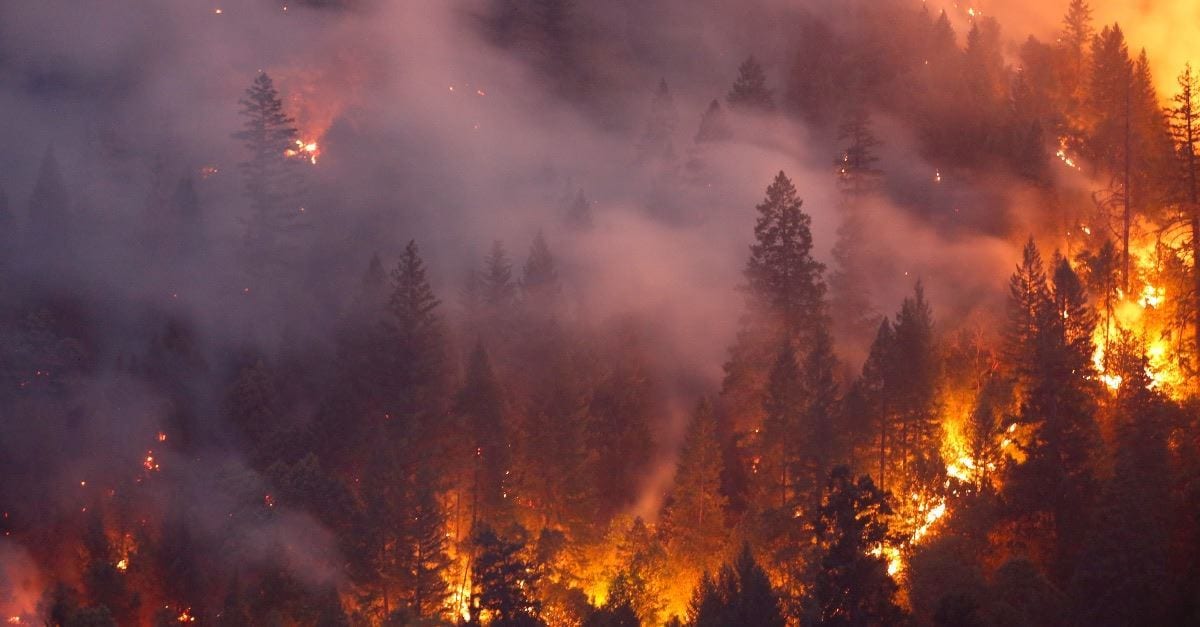 The beginning of April marked the “unofficial” death by Senate vote of the controversial Green New Deal resolution. Despite years of escalating natural disasters and dozens of reports examining the science and economic cost of climate change, the framework now languishes as a result of political backlash and its outsize ambition to remake the American economy. But dismissing the issue, and this opportunity, is unnecessary and dangerous.

While the hype and media surrounding the Green New Deal begins to fade, the need for policy to build more resilient infrastructure and deploy innovative energy technology to address our growing challenges will not. In 2018 alone, the most devastating wildfires in history burned California towns to the ground, and hurricanes ravaged military bases in Florida and North Carolina; meanwhile, our global competitors acquired U.S.-developed and funded technologies to support their own initiatives. For example, Saudi Arabia’s efforts to diversify its economy and reduce its dependence on oil has led to the creation of a $500 billion technology-driven city called Neom, which is slowly being outfitted with technologies from American companies, developed with American government assistance.

What do all of these seemingly disconnected developments have in common? They should be addressed with policy that resembles a Roosevelt-era New Deal or a climate-focused infrastructure initiative. This will not only reduce the nation’s spending in the wake of natural disasters, which was nearly $150 billion in 2018, and take a significant step to address climate change, but will also ensure that the U.S. remains the leader in global energy and innovation.  Yet low-cost policy solutions that provide a vehicle for the U.S. to commercialize its innovative energy technology and address natural disasters may get lost, yet again, in the wake of the hype surrounding the Green New Deal.

While not acceptable, this is somewhat understandable, given the enduring political divide surrounding energy policy and the often-ludicrous cost estimates associated with transitioning to a clean energy economy. However, it’sclear that our global competitors are focusing their efforts on energy infrastructure and addressing climate change, not reactively addressing natural disasters or focusing on early-stage research and development like we’re doing here.

This shouldn’t be a partisan issue. This is purely about American innovation, leadership, and diversified energy dominance—objectives on which both parties agree.

Generally speaking, free market conservatives insist the market should adopt new technology and the government should not facilitate market investment. I agree. But does this argument really apply here? We no longer have the luxury of waiting for technologies developed with government assistance, like hydraulic fracturing, to sit on the shelf until the domestic market is ready to integrate it. In this age of global technology espionage and near-constant natural disasters, the energy technology of America’s future that we need to increase the resiliency of our grid and military installations may only be available to us at the profit and mercy of our competitors if we don’t act. This is energy dominance, but not by the U.S.

Do we really want other countries to beat us at the industries we helped create, with our own technology? The answer is clearly no, but passing affordable policy to address this issue is really challenging.

There is risk, there is cost, and then, after all that, there is the politics. Innovators and entrepreneurs are left stifled and frustrated, while policymakers too often point out “how the strong man stumbles, or where the doer of deeds could have done them better,” to quote Teddy Roosevelt.

But this doesn’t have to be the case. As we all know, America has been in similar positions before, and we persevere and ultimately prevail. This was clearly the case at the time of the original New Deal.

What is often forgotten is that the New Deal wasn’t paid for by appropriated government dollars, but by leveraging the government’s balance sheet and developing insurance products that incentivized private lending through the Reconstruction Finance Corporation (RFC), an independent agency within the federal government that set up lending systems to facilitate private investment in publicly-driven projects. The RFC’s subsidiaries later included the Federal Housing Administration (FHA) and Rural Electrification Administration (REA), among others, which ultimately made money for the federal government.

Similar policy options are available to help solve today’s issues. For example, we have $43 billionin Department of Energy (DOE) loan guarantee authority available today through a program that will cost taxpayers approximately $20 millionin fiscal year 2020 to maintain. However, the program has made few transactions in recent years due to political obstacles that could easily be overcome through modest changes to policy.

We need more sustainable, low-cost financing solutions, not fewer. While we wait for comprehensive climate and infrastructure policy, we need the DOE Loan Programs Office to continue to advance current applications and improve the existing program wherever possible. And we need it now.

This is not a partisan solution. This is appropriately leveraging the U.S. government’s balance sheet in a risk-averse manner to overcome market barriers and maintain global leadership and energy dominance. These are bipartisan goals that all Americans can still support.