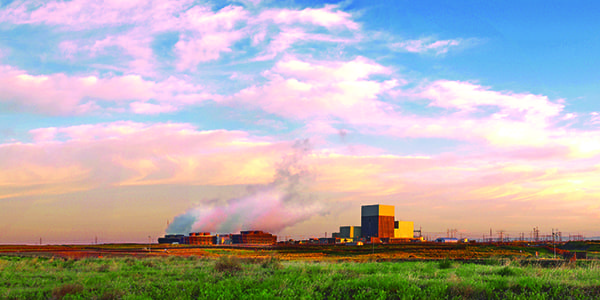 As the sole nuclear generator in the hydro-rich Pacific Northwest region, the Columbia Generating Station’s mission to provide safe, reliable, cost-effective, and carbon-free power has never been more important. Seven years ago, its owner, Energy Northwest, a public power entity, embarked on an excellence model that transformed the plant’s culture and sent generation performance soaring.

When the Columbia Generating Station started operations on December 13, 1984, it was embroiled in a pubic firestorm stemming from cost overruns, construction delays, and a financial debacle that ultimately forced the Washington Public Power Supply System, a 1957-established federal public power agency, to abandon plans for four other nuclear projects. But Columbia, a single 1,207-MW nuclear unit in Benton County, Washington, located on the Department of Energy’s Hanford site 12 miles north of Richland, withstood the criticism.

Over the course of its nearly 33-year history, it has transformed into a crucially important energy source for the Pacific Northwest. Marking milestone after milestone of performance achievements, the GE-built Mark-2 boiling water reactor facility owned by Energy Northwest—a Washington state joint action agency composed of 27 public power member utilities—is still the only nuclear energy facility in the Northwest.

And today, Columbia sells all of its power at cost to the Bonneville Power Administration (BPA), representing about 12% of BPA’s firm energy. As Brad Sawatzke, Energy Northwest’s chief operating officer, told POWER, the plant is also a pivotal source of carbon-free baseload generation in a region that can be “at the mercy of the environment,” because it depends heavily on hydropower (and to a lesser degree, newly added wind and solar farms). Although there are several natural gas plants and one coal-fired station in Washington state, replacing Columbia would be difficult. An economic assessment released in May by the Public Power Council in Portland, Oregon, concluded—echoing a number of other assessments—that the facility saves customers $271 million a year compared to costs to substitute it with utility-scale solar.

One advantage the nuclear unit offers is that it is “loaded up and ready to run 24 hours a day, seven days a week for two years,” Sawatzke said. And Columbia has already demonstrated that: In 2015, the plant completed a “breaker-to-breaker” run, which means it “came out of one refueling outage and the plant stayed online, running for the entire, almost two-year period to the next refueling outage.” That accomplishment, rare in the industry, “was really one of our proudest moments,” Sawatzke noted.

That achievement was in large part due to scrupulous attention paid to the plant’s performance, and it stems directly from an operations overhaul that began in 2009, when Columbia suffered a series of scrams that landed it on the Nuclear Regulatory Commission’s (NRC’s) radar. Energy Northwest immediately embarked on a top-down wholesale change of leadership, starting with the hire of current CEO Mark Reddemann and Sawatzke, nuclear energy veterans who brought with them a performance excellence model they had used at a previous company. They had three key goals in mind: safety, reliability, and predictability.

As part of those efforts, Energy Northwest also began fixing long-standing equipment issues to boost efficiency, and it implemented modifications that helped it increase its output. These included changing out its condenser and putting in a new methodology for more accurate feedwater flow measurement to allow it to run at higher power.

The excellence model, introduced in 2011, has worked. The plant consistently surpassed generation records set first in 2012 (9.3 TWh), then in 2014 (9.5 TWh), and again in 2016 (9.6 TWh). In the process, “we’ve gained almost 56 MW electric output over the last five years by making these modifications to our power plant,” said Sawatzke. But, it couldn’t have been possible without “the job the team does relative to taking care of the equipment, maintaining the equipment, and frankly, looking for the appropriate time to invest in the plant and upgrade the equipment,” he noted.

“We’re not without our challenges and we still have a lot of work to do” said Sawatzke. “Recent challenges to equipment performance and radiological shipping point to the need for a continued focus on excellence.”

Columbia’s latest efforts to improve efficiency and output were completed during its 23rd biennial refueling and maintenance outage this year. The $135 million outage, timed to coincide with springtime snowmelt (the runoff typically maximizes hydropower output in the Northwest so Columbia can be offline), was originally scheduled for 40 days. It wrapped up on June 19—two and a half days early. “Thirty-seven days—that was one of our best outages lengthwise in the plant’s history,” Sawatzke remarked.

It was a feat achieved through rigorous planning and execution by the entire Energy Northwest team, he said. It also entailed a stellar job from key outage contractors, including plant maintenance and modification service provider Williams Plant Services, and Crane Nuclear, which performed all of the valve work.

According to Sawatzke, more than 1,350 skilled outage workers were hired locally to work alongside Columbia’s 990 employees to complete 10,300 tasks that the project required. Finding the talent typically isn’t difficult because Energy Northwest conducts its outages in late spring, after other industry wide outages have been wrapped up. But “Preparing for, planning for, and executing work with as many people onsite in that timeframe is a challenge in its own right,” he said. “And as part of this outage, we certainly took on some large projects.”

Among the outage’s major accomplishments was to proceed with a measurement uncertainty recapture uprate approved by the NRC just three weeks before the outage began. “The accuracy of new instruments today [compared to 30 years ago, when the plant received its license] is so much better that we’re allowed to run much closer to the true 100% of power,” Sawatzke explained. The uprate involves using instrumentation upgrades and measurement accuracy to gain megawatts, he said.

Work also comprised replacing 272 of the plant’s 764 nuclear fuel assemblies with a newer design and placing the others in the used fuel pool. During this outage, Energy Northwest was determined to fix defects detected in two fuel bundles on separate occasions in 2015 through reactive water chemistry. While the plant was offline for the outage in May, the defects were confirmed using fuel sipping, an industry process requiring scrutinizing bundles one by one in a canister. The faulty bundles were replaced.

Another sizable task involved the installation of a new low-pressure turbine rotor (Figure 1) as part of a bigger $32 million project to refurbish three turbines and satisfy the plant’s license extension to 2043. As part of that job, which is “standard preventative maintenance,” the rotor removed during the 2017 outage will be refurbished during the two-year period online and re-installed in 2019, Sawatzke said.

Finally, workers completed installation of a hardened containment vent system, which includes a 140-foot vent pipe on the exterior of the building to vent hydrogen gas from the wetwall to secondary containment in the event of a beyond-design-basis-accident condition.

While 2017 marks Energy Northwest’s 60th year of operation, it also points to a continued drive for excellence that Columbia launched seven years ago.

In announcing his retirement from the organization in June 2018, Reddemann acknowledged the “pride of ownership” in the plant’s accomplishments by its employees. Energy Northwest was also named Employer of the Year by the Association of Washington Business, the state chamber of commerce, in 2016. For its pursuit of excellence and commitment to nuclear reliability, predictability, cost-effectiveness, and safety, POWER, too, recognizes these efforts with this well-deserved Top Plant award.  ■