Four years after the massive earthquake and ensuing tsunami heavily damaged the Fukushima Daiichi nuclear plant in Japan, cleanup efforts continue amid new challenges, while Japan has made little progress on the policy front.

The Ongoing Crisis at Daiichi

By the fourth anniversary of the devastating events at Fukushima, the situation onsite has improved markedly, according to the International Atomic Energy Agency, which recently completed its third peer review mission at Daiichi.

On Feb. 25, meanwhile, TEPCO admitted that it stayed silent after it learned rainwater contaminated with cesium and other radioactive material had been flowing into the Pacific Ocean since as early as last May.

The administration of Prime Minister Shinzo Abe has pledged to restart all reactors that pass safety reviews, and at least 13 reactors across the nation are undergoing safety assessments by the Nuclear Regulation Authority (NRA) under new standards promulgated in July 2013. But despite the government’s green light to restart Kyushu Electric Power Co.’s Sendai Nuclear Power Plant last November, and in February, Kansai Electric Power Co.’s Takahama Units 3 and 4, all 48 of the country’s reactors remain in shutdown. The first Sendai unit could come online in June—after local elections in April.

According to the Institute of Energy Economics of Japan (IEEJ), at least nine reactors including the two Sendai units will restart by March 2016. The think tank notes that as of this year, seven reactors are at least 40 years old and another five are approaching 35. Their fate will be decided within the next few years.

Though the Abe administration’s April 2014 Strategic Plan embraced nuclear generation as a “key baseload power source,” the nation has yet to decide nuclear’s future share of the country’s generation portfolio.

Also under discussion is how to maintain technology and human resources for decommissioning nuclear reactors and waste disposal strategies if Japan is to wean itself from nuclear power.

The country’s current disposal policy adopted in 2008 calls for waste to be vitrified and placed in facilities deep underground. On March 8, the Abe administration launched a campaign to promote the need for permanent waste disposal facilities, and it is soon expected to announce the selection of candidate sites on “scientific grounds”—without waiting for local authorities to volunteer to host the facilities.

Meanwhile, Prime Minister Shinzo Abe’s controversial push to expand nuclear cooperation and exports in the aftermath of Fukushima as part of his economic agenda has made some headway.

In 2014, Japanese companies agreed with local entities in the UK, Turkey, and other countries for cooperation in nuclear energy. In 2015, more progress could come from other nuclear newcomer countries. 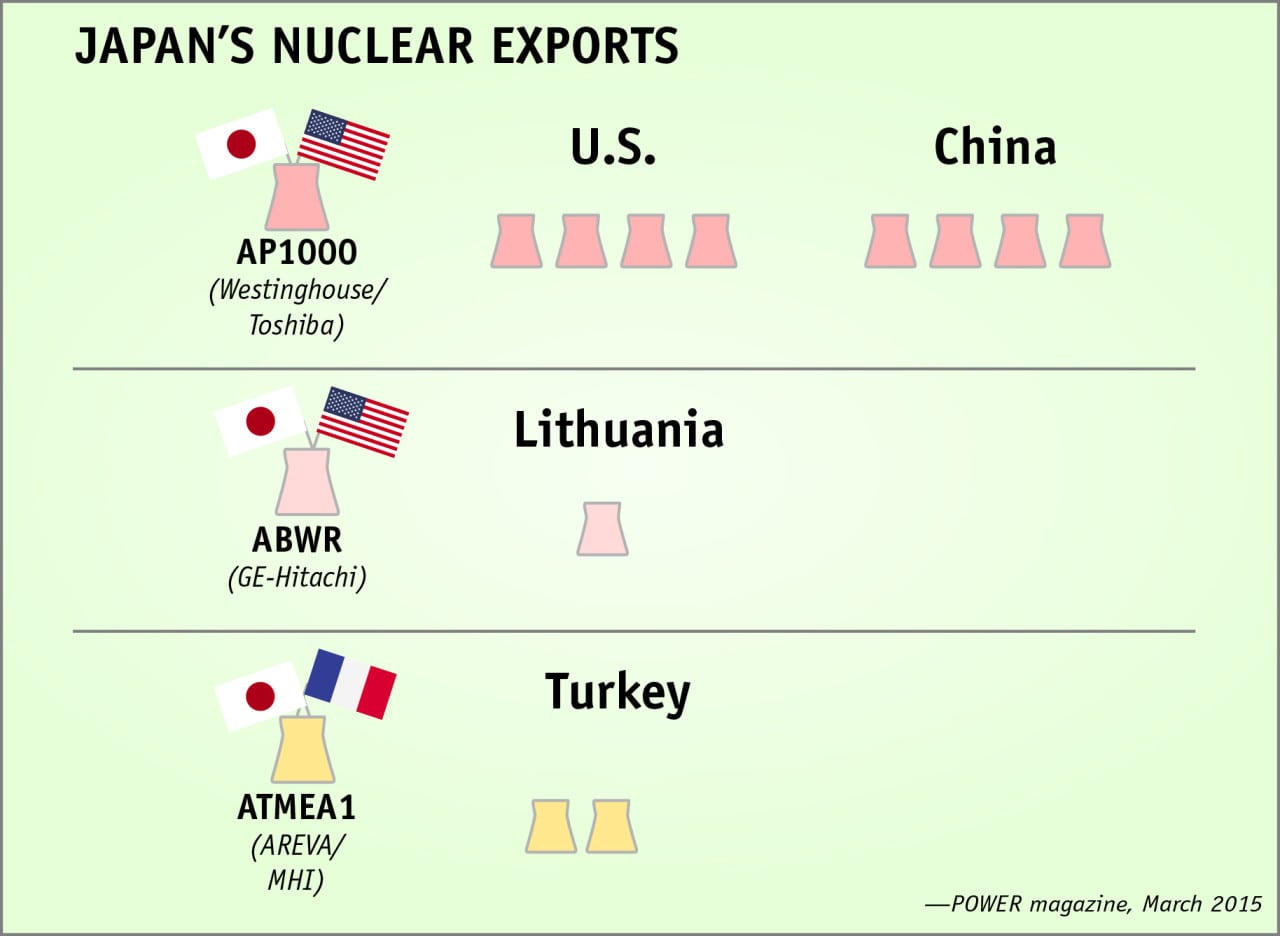