Efficient transport plays a crucial role in the development of society and its economy and, in many respects, commercial transport solutions are the lifeblood of the economy. At the same time, transportation has a negative impact on society, not least in the form of emissions and congestion. "The key is to strengthen the positive aspects of the transport system while working to combat the negative ones," says Stefan Lorentzson, President of Volvo Group North America. "The Volvo Group is continually developing new engine technologies which reduce emissions and increase fuel efficiency."

As one of the world’s leading manufacturers of heavy trucks, buses and construction equipment, the Volvo Group works consistently to reduce the negative environmental impact of its products. This also involves increasing fuel efficiency of existing diesel engine technology, which Volvo Group products rely on heavily. Substantial investment resources have gone into developing hybrid solutions and engine technologies adapted for use with alternative renewable fuels and optimized for CO2-neutral technology (see photo). Currently, the Volvo Group is developing hybrid drivelines that could reduce fuel consumption, and consequently CO2 emissions, between 25% and 50% depending on the application. 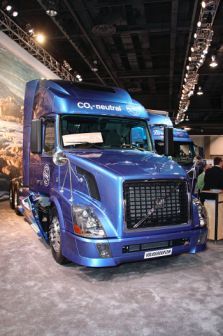 In the U.S., Mack Trucks, Inc.–a Volvo Group company–has made significant progress in the area of hybrid technology. The U.S. Air Force is currently testing a number of Mack hybrid Granite® models built for its Advanced Power Technology Office. One of these trucks will be on display at the Volvo Group booth at RETECH 2010. Mack also delivered a hybrid refuse truck to the city of New York in 2009 (see photo), the first of its kind in the U.S. designed specifically for Class 8 heavy-duty applications and meeting the EPA’10 emission regulations. 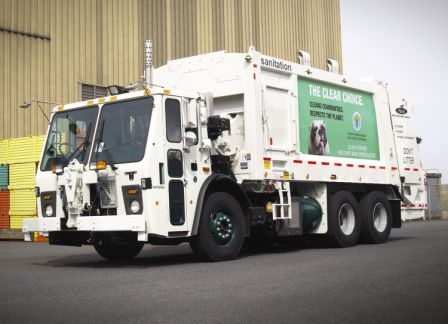 The Volvo Group is also focused on reducing the impact of production operations by, for example, reducing energy consumption. "In 2007, Volvo presented the world’s first CO2-neutral automotive plant in Ghent, Belgium, with more plants to follow," says Stefan Lorentzson. "Most recently, the Volvo Group has rolled out ‘Commute Greener’, a downloadable application in which individuals can measure their carbon output based on daily commuting patterns. We are taking an overall approach."